Causes and Risk Factors of Hypothyroidism

Hypothyroidism may develop for a number of different reasons, the most common being an autoimmune attack on the thyroid gland, called Hashimoto's thyroiditis. Hypothyroidism may also be the result of taking a medication like lithium, genetics, or an underlying pituitary gland problem.

Understanding the "why" behind a diagnosis of hypothyroidism is critical to moving forward with a proper treatment plan. While some people may require lifelong thyroid hormone replacement, others may have a short-lived case of hypothyroidism (for example, postpartum thyroiditis), need to stop taking a medication, or require further diagnostic tests like imaging of the pituitary gland.

Hashimoto's thyroiditis is the leading cause of hypothyroidism in the United States.﻿﻿

In Hashimoto's, antibodies react against proteins in your thyroid gland, causing gradual destruction of the gland itself, rendering it unable to produce the thyroid hormones your body needs.

Hashimoto's thyroiditis is more common in women, and while it may occur at any age, it's more common as people get older.﻿﻿ For women, Hashimoto's often develops during pregnancy, after delivery, or around the time of menopause.

Other causes of hypothyroidism include:

An Overview of Thyroid Surgery

Instead of thyroid surgery or antithyroid medication, some people with hyperthyroidism are treated with radioactive iodine, which will destroy the thyroid gland, rendering a person hypothyroid. People who undergo radiation treatment for Hodgkin's lymphoma or head and neck cancer are also at risk of developing hypothyroidism.﻿﻿

Thyroiditis describes thyroid gland inflammation and is a general term for a variety of thyroid conditions.

Hashimoto's disease is the most common type of thyroiditis and is caused by an autoimmune attack.

Another example of thyroiditis is subacute thyroiditis (also called de Quervain's thyroiditis), which is believed to be caused by a virus. With this type of thyroiditis, a person experiences hyperthyroidism followed by hypothyroidism, in addition to a tender thyroid gland.

The Different Types of Thyroiditis

Too much iodine (for example, from dietary supplements that contain kelp) can cause or worsen hypothyroidism. In addition, a deficiency of iodine, which is seen in some people in underdeveloped countries, may cause hypothyroidism.﻿﻿ Iodine is necessary for the production of thyroid hormone and is found in foods, like dairy products, chicken, beef, pork, fish, and iodized salt.

The pituitary gland is located in the brain and stimulates other glands within the body, like the thyroid gland, to release hormones. If the pituitary gland is damaged by a brain tumor, radiation, or brain surgery, it may not function well enough to signal the thyroid gland. This can then result in it becoming underactive. This type of hypothyroidism is called central or secondary hypothyroidism.

Besides hemochromatosis, sarcoidosis can cause granuloma deposition in the thyroid gland. There is also a rare condition called fibrous thyroiditis (or Riedel's thyroiditis), in which fibrotic tissue replaces normal thyroid tissue.

Your DNA plays a role when it comes to developing autoimmune hypothyroidism, and this has been supported by a number of studies.﻿﻿

When looking at the specific genes linked to Hashimoto's, scientists have found mutations in the genes for human leukocyte antigen (HLA), T-cell receptors, and other molecules involved in the immune system.

All said, though, it's important to remember that your genes are but one factor that help predict your risk of developing hypothyroidism. There are many other factors that come into play, like pregnancy or taking certain medications.

In the end, it's the combination of genes and an environmental trigger that predict a person's unique risk for developing hypothyroidism.

Factors that increase a person's risk of developing hypothyroidism include:

Interestingly, research suggests that selenium deficiency may be linked to developing Hashimoto's thyroiditis and hypothyroidism. Moreover, having underlying headache disorders, like migraines, has been found to be associated with an increased risk of hypothyroidism, especially in obese women.

How Hypothyroidism Is Diagnosed 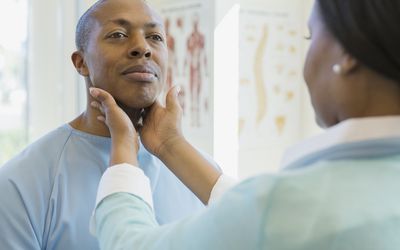 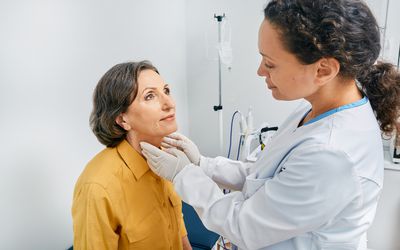