Indica and Sativa are the two main types of marijuana plants. In general, Sativa is energizing, and India is relaxing. Indica and Sativa plants are also crossbred to create hybrids. However, every strain is unique and affects individuals differently.

Sativa (Cannabis sativa) strains are commonly recommended for daytime use. They tend to be uplifting and cause more of a cerebral or head-high.

Indica (Cannabis indica) strains are usually recommended for relieving pain and insomnia. Often considered "bedtime strains," Indicas typically have a calming effect on both the body and the mind.

Hybrid strains contain a mix of qualities from their parent plants that offer a middle ground. For example, some hybrid strains combine the mental alertness of a Sativa with the pain-relieving effects of India.

This article discusses the difference between Indica and Sativa. It explains the chemical and physical differences between Cannabis sativa and Cannabis indica plants and their various effects.

Growers can immediately tell the difference between indica and sativa plants just by looking at them—their physical differences are that obvious.

Indica plants are shorter. They usually grow up to 2 to 4 feet and are compactly branched, giving them a bushy appearance. Indica leaves are also broader.

Sativa plants grow taller than indica plants, with the ability to reach between 5 and 18 feet or more. Sativa leaves are thin and the plants have fewer branches.

Hybrids, created from the cross-breeding or cross-pollination of two different cannabis plants, can vary in appearance depending on the parent plants.

Delta-9-tetrahydrocannabinol (THC) and cannabidiol (CBD) are two compounds known to produce the effects of cannabis. These compounds, called cannabinoids, affect the brain differently.

CBD and THC work by interacting with the body's endocannabinoid system (ECS). The ECS is mainly responsible for maintaining homeostasis—the body's ability to maintain balance in internal processes like temperature, immune responses, and mood.

THC and CBD can be found in both Sativa and Indica plants. Though the content of each can vary in every individual plant, Sativa plants typically produce more THC than CBD, while Indica plants usually make more CBD than THC.

Still, some experts propose that the terms Indica and Sativa only be considered as indicators of the different species when it comes to height, branching, and leaf size—not effects, since THC and CBD amounts within a plant species are not standard.

The CBD and THC levels of hybrids can, therefore, also vary depending on the plants used to create them.

How They Work in the Body

THC is commonly known to produce a "high" with effects like sleepiness, euphoria, and impaired perception and movement. Studies also suggest that THC may be able to play a role in decreasing pain.

It's capable of causing such effects by binding to the following cannabinoid receptors found throughout the body:

How CBD produces its effects is less understood. CBD is commonly known to decrease pain and inflammation, prevent seizures, and reduce symptoms of mental health disorders such as anxiety.

But CBD does so without the "high" experienced with THC, as CBD does not bind to either of the cannabinoid receptors mentioned. Instead, it's believed that CBD affects how THC binds with these receptors.

It's also known that CBD interacts with other non-ECS receptors, enzymes, and cellular structures that influence factors like pain and inflammation. Some even propose that there may be a third unknown receptor that CBD binds to.

Although THC and CBD are the main compounds in Cannabis sativa and Cannabis indica, there are other cannabinoids and compounds within them that can contribute to their effects. Examples include cannabigerol (CBG) and terpenes. Research is ongoing to determine how much of an influence such substances possibly have.

How They Make You Feel

You may have heard that cannabis Sativa causes an uplifting and energetic feeling or "high," whereas Indica plants cause more of a relaxing feeling. However, the research behind this is limited.

Subjective results from a small Internet survey (95 research participants) put out by the Western University of Health Sciences may provide some insight into clinical differences between Indicas and Sativas. Here are some notable results from the survey of online marijuana users:

Keep in mind that the findings presented in this survey are intended only to provide food for thought. Much more research in this area is needed. Because of the lack of research, people tend to rely on the Internet, friends, or dispensary personnel to learn how a Sativa- or Indica-based product may make them feel.

Whatever you may hear, the effects can differ widely from one person to the next and can be influenced by factors such as dosage, tolerance, method of use, and added ingredients.

The CBD-to-THC ratio may also matter. Generally, it's known that products that are predominant and high in THC are more likely to cause an intoxicating "high." And there's some research suggesting that high doses of solely CBD (300 to 600 milligrams) may cause a calming effect.

But due to the many factors that can be of influence, it's difficult to know exactly how a cannabis product may make you feel without trying it.

Cannabis products that are THC-predominant can cause the same side effects as CBD-predominant products. But as THC specifically affects the brain, other effects can include:

Additionally, research suggests that early THC use (teenage years or younger) may impair the brain's development process in regard to functions like memory, thinking, and learning.

Note that the method of cannabis use can contribute to side effects. For example, smoking cannabis may lead to respiratory problems, while orally ingesting cannabis may increase the chance of unintentional poisoning.

Which Strain Has the Strongest Smell?

How strong cannabis smells has more to do with the age of the flower (bud) and how it is stored than the strain. Younger buds kept in airtight containers generally have the strongest smells. Sativa and Indica do have different scent profiles, however. Overall, Indica flower leans toward a muskier, skunk-like aroma, while Sativas tend to be a little sweeter with brighter notes.

How They Compare to Cannabis Ruderalis

Cannabis ruderalis, the third categorized species of cannabis, typically doesn't grow over 2 feet and is unbranched.

These plants are known to be autoflowering, meaning they have the ability to flower under any type of light. In contrast, sativa and indica plants are photoperiodic and typically need around 12 hours of light and 12 hours of darkness to flower.

Ruderalis plants are rarely grown by themselves. Instead, they're commonly cross-bred with other cannabis plants to produce hybrid plants with autoflowering capabilities.

Many botanists grow hybrids to produce plants that have unique characteristics. For example, a botanist may cross-breed a ruderalis plant with a CBD-predominant indica plant so that the hybrid can have autoflowering capabilities and a high CBD profile.

Cannabis indica and Cannabis sativa are two types of cannabis species that are proposed to cause different effects. However, the compounds within a plant can differ from others—even if two plants are the same type. That means the effects can differ too.

Factors such as tolerance, CBD-to-THC ratio, method of use, and added ingredients can influence effects as well.

If you are interested in a product that's marketed as being of the species Sativa or Indica, try getting specific data on its ingredients and the amount of CBD and THC within it for a possible idea of what effects you may experience. 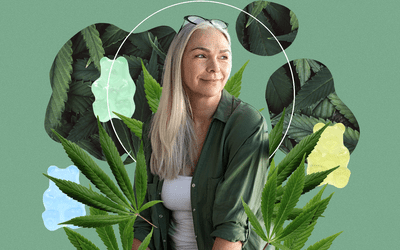 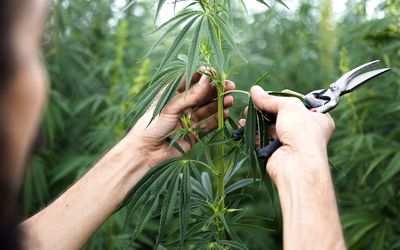 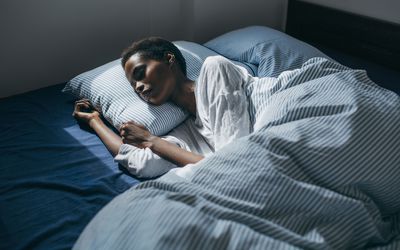 Marijuana as a Sleep Aid for Insomnia and Nightmares 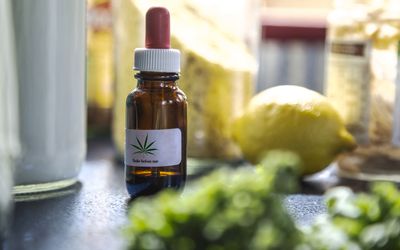 What Is Full-Spectrum CBD?