What Is the Difference Between Indocin (Indomethacin) and Ibuprofen?

Indocin and ibuprofen both provide relief from pain caused by arthritis

Arthritis is a disease that causes inflammation in the joints, which can lead to pain, stiffness, and swelling. About 23% of adults in the United States have some form of arthritis.

Indocin and ibuprofen are two common NSAIDs that can be used to treat arthritis. Indocin is a brand name of the prescription NSAID indomethacin. Ibuprofen is an NSAID that is sold over the counter (OTC) under many brand names, including Advil and Motrin. It can also be prescribed, usually at a higher dose or in combination with other medications.

How Indocin and Ibuprofen Are Similar

Indocin and ibuprofen are both used to treat arthritis. They reduce inflammation and swelling and also help control pain.

NSAIDs like Indocin and ibuprofen are both recommended by the American Academy of Family Physicians (AAFP) for the treatment of moderate to severe arthritis. For people with mild arthritis symptoms, the AAFP recommends beginning treatment with acetaminophen, sold under the brand name Tylenol.

Since Indocin and ibuprofen are both NSAIDs, they share many of the same side effects, including an increased risk for stroke and internal bleeding.

How Indocin and Ibuprofen Are Different

One of the primary differences is how widely available Indocin and ibuprofen are. While anyone can purchase and take ibuprofen, your practitioner will need to write you a prescription for Indocin. Your healthcare provider may also recommend a high dose of ibuprofen—more than 400 mg—which is available by prescription only.

Another major difference is in how often the medications have to be taken. Indocin is a long-acting medication that only needs to be taken once or twice per day. Many people like the convenience of only needing to remember one pill.

Ibuprofen, on the other hand, has to be taken three to four times per day, and your dose might involve multiple pills. However, some people like using an OTC medication to manage occasional flare-ups, without committing to taking a prescription medication daily.

Each medication also has some lifestyle effects that you should discuss with your practitioner. For example, you shouldn’t drink alcohol if you’re taking Indocin. In addition, people who are older than 75 should talk to their healthcare provider before taking Indocin.

Which Is Better for Arthritis Pain?

Indocin and ibuprofen provide similar pain relief when used in arthritis patients. A study that compared the drugs found that they were similarly effective, but patients preferred Indocin, although the study authors did not say why. However, patients on Indocin had a slightly higher risk of stomach bleeding, a possible side effect of both medications.

When you’re considering whether to use Indocin or ibuprofen, it’s best to consider your lifestyle and talk with your healthcare provider about which medication would be best for you. Think about whether you’d like to take just one medication a day, or whether you’d rather not have to be on prescriptions.

Depending on whether you are insured or not, the cost of the medication may also factor into your decision. For the uninsured, or if your insurance charges you a co-pay for prescription drugs, ibuprofen may be the cheaper treatment option, since it is an OTC medication. Without insurance, generic indomethacin is roughly four times more expensive than ibuprofen per dose.

Is It Safe to Take Indocin and Ibuprofen?

Indocin and ibuprofen are both considered safe medications. However, there are certain things to be aware of. It’s important that you never take Indocin and ibuprofen together, unless you have specifically been told to do so by a medical professional. Taking more than on NSAID medication at a time can increase your risk of complications from NSAIDS.

Before you start taking Indocin or ibuprofen to treat your arthritis, you should familiarize yourself with the risks of taking NSAIDs. This class of medications is widely used, but it also has some potentially very serious side effects.

People in the following categories should speak with their healthcare provider before using NSAIDs.

If you experience these symptoms, reach out to your healthcare provider immediately.

Arthritis can significantly impact your life, making it difficult to work, exercise, or enjoy your downtime. Lifestyle changes like staying active can help keep arthritis symptoms at bay, but if you are experiencing moderate arthritis pain, NSAID medications—including Indocin and ibuprofen—can both provide relief.

Both medications are similarly effective and are generally well tolerated. Your healthcare provider can help you decide whether Indocin or ibuprofen is right for you. 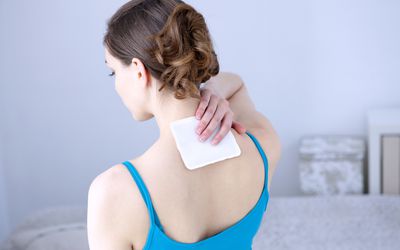 How Salonpas Works to Relieve Pain 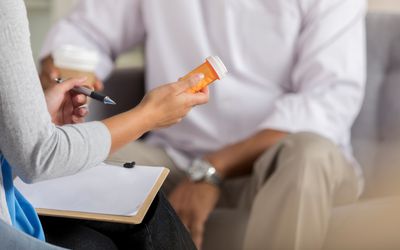 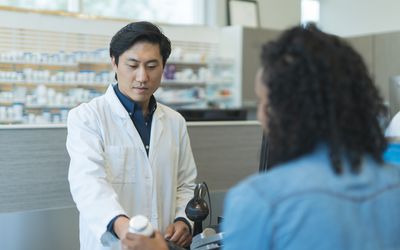 What Is the Difference Between Lodine (Etodolac) and Ibuprofen?