10 Serious Infections of the Spinal Cord

The word "myelopathy" means a problem with the spinal cord, which can lead to numbness, weakness, dysautonomia (group of conditions causing problems with involuntary movements), and more.

There are many different possible causes of myelopathy. Infection is not the most common cause, but doctors need to recognize it because infections require different types of treatment. Viruses, bacteria, fungi, or parasites can all lead to spinal cord damage. This article will take a close look at 10 types of spinal cord infections.

Neurological (brain and spinal cord) complications of HIV are very common during the disease course. Some of these complications are due to opportunistic infections, those that take advantage of the body's weakened immune system. HIV itself, though, can attack the nervous system, including the spinal cord.

Studies investigating the spinal cords of people who have died with HIV have found a unique myelopathy in 11%–22% of spinal cords. When these patients had symptoms, they would complain of tingling and discomfort in their legs, followed by weakness and loss of balance. Often, loss of bowel or bladder control can follow.

Usually, the sense of vibration and the position sense (proprioception) are diminished more than other senses like temperature or pain. In addition to treating HIV, a thorough workup is needed to exclude other infections or diseases such as lymphoma (cancer of the lymph system, which typically fights disease).

This virus is most common in tropical regions, so the myelopathy caused by this virus is known as tropical spastic paraparesis (TSP), or HTLV-1-associated myelopathy (HAM). Progressive stiffness and weakness of the legs develops over the years, as well as difficulties urinating. Some altered sensation in the legs can also occur.

The herpes family of viruses includes varicella zoster (VZV, the cause of chickenpox), herpes simplex virus (HSV), Epstein-Barr virus (EBV, the cause of mononucleosis), and cytomegalovirus (CMV, a very common virus in people of all ages). All can cause disease in the spinal cord.

VZV causes shingles after being reactivated in the dorsal root ganglion near the spinal cord, resulting in a very painful rash. Myelitis may come on at the same time as the rash, resulting in weakness, but it may also come on slowly and without rash in people who are immunosuppressed.

Myelitis caused by other herpes viruses, such as HSV, is rare in people with intact immune systems. In those whose immune systems are damaged, such as those with severe HIV infection, viruses like CMV can cause myelitis with numbness, weakness, and urinary retention.

Treatment with antiviral agents is the best course of action in this situation, as well as correcting the immunosuppression (reducing the activation of the immune system), if possible.

The best-known enterovirus to infect the spinal cord is polio, which thankfully has become very rare in developed countries. Like amyotrophic lateral sclerosis (ALS), polio affects the anterior horn cells of the spinal cord, leading to paralysis without sensory changes. Although the paralysis caused by polio is actually an uncommon complication (1%–2%), its effects are severe and were a common cause of injury and hospitalization until the advent of immunization helped eradicate the illness.

West Nile virus is carried by mosquitoes. Neurological complications occur in approximately 5% of infected patients, including meningitis or paralysis. Like polio, this paralysis is thought to be due to a loss of anterior horn cells. Mechanical ventilation may be necessary if symptoms become sufficiently severe.

Syphilis has been called a "great mimicker" in neurology because the disease can do practically anything within the nervous system. The disease usually invades the nervous system within a year of infection, but only about 5% of people with syphilis develop clinical problems.

Since syphilis is usually caught before the opportunity for neurological problems can arise, these complications are now rare.

Among the many potential infections caused by syphilis, spinal cord disease was 10 times more common than others. After that was a meningomyelitis and spinal vascular disease. All in all, then, syphilis infections can impact the spinal cord in a variety of ways.

The term "tabes dorsalis" refers to the most common spinal cord disorder that's associated with syphilis, and it usually develops 10–15 years after the initial infection. In 70% of these patients, a severe period of pain is the first symptom.

This is followed by impotence and problems with bladder and bowel control. Numbness, tingling, and other problems with sensation result. The next phase involves severe ataxia of the legs, which makes it progressively difficult to walk. Ultimately, the final stage is complete paralysis of the legs.

Meningomyelitis is an inflammation of the tissue surrounding the spinal cord as well as the spinal cord itself. The first symptom is a sense of leg heaviness and overtime the legs become progressively weaker. Sensory loss can also occur.

Syphilis can also cause a vasculitis that causes ischemic damage to the spinal cord by cutting off blood flow, or it can cause abnormal growths called gummas that slowly compress the spinal cord. Fortunately, the disease usually responds well to penicillin (antibacterial drugs).

Like syphilis, tuberculosis can cause lots of different kinds of neurological trouble, but fortunately, it is rare in developed countries. The most common spinal cord problem results from bony lesions in the spine spreading to the spinal cord. Back pain is the most common initial symptom, as the cord is enveloped by pus from the infected vertebra.

An abscess is an infection that has been walled off from the rest of the body by the body's immune system. The result is a contained collection of pus. This growth can sometimes swell, leading to the compression of normal structures within the body, including the spinal cord. The most common cause of spinal cord abscesses is Staphylococcus aureus.

Because the infection is separated from the rest of the body, giving antibiotics is usually not the best approach, since it is difficult for the drugs to pass the barrier. A neurosurgeon may be needed to remove the abscess without rupturing it and spilling the infection into the body.

A fungal disease that infects just the spinal cord is rare, and it usually occurs only in those with compromised immune systems. Some fungi, such as Aspergillus,﻿﻿ can invade the spinal epidural space, and others can lead to growths called granulomas that may compress the spinal cord.

While parasitic infections of the spinal cord are rare in industrialized countries, worldwide Schistosoma infections are one of the most common causes of infectious myelopathy. These are usually found in South America, Africa, and eastern Asia.

The organisms normally live in freshwater, and people may be infected when swimming in that water. The canine tapeworm Echinococcus granulosus can cause cysts that compress the spinal cord. Cysticercosis may also involve the spinal cord in about 5% of cases. Paragonimiasis is a lung fluke that's primarily found in Asia and can be acquired by eating poorly cooked freshwater crabs. All can ultimately result in the numbness, tingling, weakness, and other problems caused by myelopathy.

Parasitic Infections of the Nervous System

While these infections can be dramatic, frightening, and often serious, the truth is that most of them are treatable if they are appropriately identified. See your healthcare provider as soon as you notice symptoms. Your prognosis will be better the sooner your infection is identified and treated. 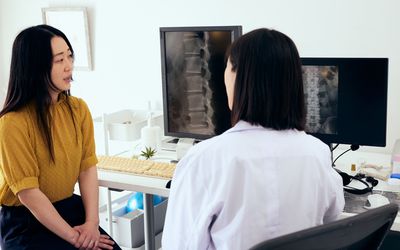 What to Expect From a Laminectomy Procedure 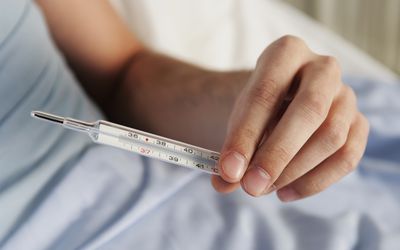 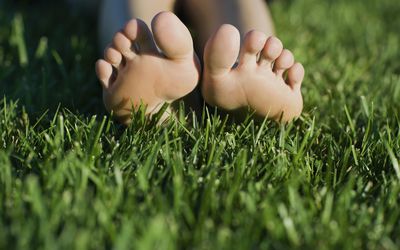