The colon is the longest part of the large intestine. Water and some nutrients are absorbed from food waste as it passes through. When the inner lining of the colon becomes inflamed, it's known as colitis.

Many illnesses and injuries can lead to colitis, from an acute (sudden and short-term) infection to a chronic (long-term) disease. Colitis causes abdominal pain, cramping, diarrhea, and other symptoms. For some people, the symptoms come and go. For others, they are constant.

This article explores the common causes, genetics, and lifestyle risk factors that can lead to colitis.

The exact cause of colitis is not always clear. However, the colon gets inflamed when your immune system thinks it is being attacked by an invader.

The invader could be an infection, a disease, or even a medication you are taking. To protect your body from it, your immune system sends white blood cells to the colon. These cells attack your colon's inner lining, causing it to get inflamed.

Many people with colitis have abnormal immune systems. In other words, even when the invader is gone, their immune systems fail to "turn off." The result of this is chronic inflammation. But experts still don't know if colitis should be called an autoimmune disease, or one in which the immune system attacks healthy cells as if they were harmful.

Each of the following are known to cause an inflamed colon. They are some of the most common factors seen in colitis cases.

An infection by a virus, bacteria, or parasite can cause the colon to get inflamed. This is often called infectious colitis.

Clostridioides difficile, also known as C. difficile or C. diff, is another bacterium that can cause colitis. It is normally found in the colon, but it can sometimes grow out of control, at which point it can cause trouble. For many people, this happens after taking antibiotics, which disrupt the colon's bacterial balance.

C. diff infection is highly contagious. It can easily be passed from person to person in hospitals, long-term care centers, and other settings.

Parasites can cause colitis as well. One of the more common parasites is Giardia lamblia. You can contract it from food or water. It can also come from contact with particles of stool of someone who is infected (the fecal-oral route).

There are three main types of inflammatory bowel disease (IBD):

IBD is becoming more and more common around the world. The signs and symptoms can include bloody diarrhea, pain, weight loss, anemia, and many other problems outside of the digestive tract.

Treatment can include one or more of many classes of medications, including:

Surgery to remove part or all of the colon is another possible treatment. Surgery is more common in Crohn's disease than ulcerative colitis.

How IBD Is Treated

In ischemic colitis, the arteries that send blood to the colon can narrowed. This can happen if the bowel gets twisted and cuts off blood flow. It can also happen when a blood clot blocks an artery.

There are many causes of reduced blood flow to the colon, including anemia, dehydration, low blood pressure, and shock. The symptoms of ischemic colitis can include bloody stools, fever, and severe pain.

When blood flow is cut off or reduced, colon tissue may begin to die. Hospitalization may be required to correct the problem. In some cases, surgery may be necessary.

Some of the risk factors for ischemic colitis are:

Newborns and infants are most commonly affected by colon inflammation caused by an allergy. However, older children can also get colitis this way. Cow's milk is the most common cause of allergic colitis in babies.

One of the symptoms can be blood in the stool. Usually, treatment involves starting a diet that removes potential allergens. Most cases will resolve as a baby gets older.

How Can I Tell If My Baby Has Food Allergies?

Microscopic colitis is a type of IBD in which the colon gets inflamed, resulting in chronic, watery diarrhea.

These conditions are far more common in women than in men, but some studies show that lymphocytic colitis may be more common in men than once thought. Microscopic colitis can happen at any age. The average age at which it is diagnosed is between ages 65 to 70.

Treatment depends on how severe the symptoms are and can include:

Some medications may cause bleeding and/or inflammation in the colon. The most common of these are nonsteroidal anti-inflammatory medications (NSAIDs), such as Advil (ibuprofen) and aspirin. Long-term use is particularly problematic.

Taking methotrexate, which is used to treat several autoimmune or immune-mediated conditions, may also lead to colitis. Sodium phosphate, which is a type of laxative, can cause colitis in some cases. Certain forms of chemotherapy (drugs used to treat cancer) can too.

Many common causes of colon inflammation aren't due to genetic factors. IBD is one form of colitis that does seem to run in families, though.

There is not always a direct parent-to-child link. But first-degree relatives of someone with IBD, such as parents and siblings, are more likely to also have the disease.

Not everyone who has the genes associated with IBD develops the disease. It's thought that IBD also has environmental risk factors, such as cigarette smoking, air pollution, diet, stress, and more.

It's important to keep track of any conditions that run in your family and to share this information with your healthcare provider.

The causes of colon inflammation vary, and tie-ins to lifestyle differ based on the condition at play.

Some lifestyle factors known to play a part in colitis include:

Dietary choices do not cause any form of IBD. However, the foods you eat can contribute to the inflammatory processes that underly these diseases. This means that for some people, the foods they eat can trigger or worsen their IBD symptoms.

Food triggers can vary from person to person. Several studies have identified foods that commonly aggravate IBD symptoms, though. They include fruits and vegetables, dairy products, spicy foods, processed foods, and fatty foods.

IBD is a multifactorial disease, meaning that several genetic and environmental factors can and often do contribute to its development. While you cannot change your genes and you can't always avoid infection, you can avoid some risk factors, such as cigarette smoking.

Colon inflammation, or colitis, can be acute (short-lived) or chronic (long term). Foodborne illnesses and infections are common causes of acute colitis. Ischemic colitis is a serious acute condition that occurs when blood flow to the colon is blocked.

Chronic forms of colitis include inflammatory bowel disease, allergic colitis, and microscopic colitis. Using medications such as NSAIDs and methotrexate may also result in colon inflammation.

An inflamed colon can cause bloody stools. Blood in or on the stool is never normal and should always be a reason to see a healthcare provider. Seek medical attention right away if you experience severe pain, bleeding with clots, persistent heavy diarrhea, or constipation that doesn't go away.

It may take time to properly diagnose the reason for your colon inflammation because there are so many potential causes. But the sooner you see a healthcare professional, the sooner you can start the proper treatment.

28 Sources
Verywell Health uses only high-quality sources, including peer-reviewed studies, to support the facts within our articles. Read our editorial process to learn more about how we fact-check and keep our content accurate, reliable, and trustworthy. 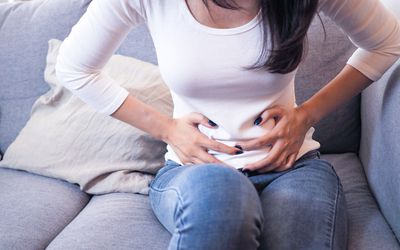 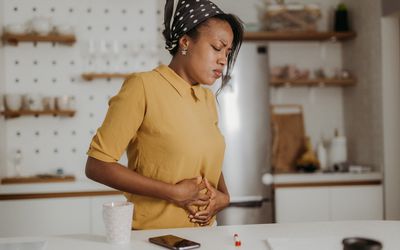 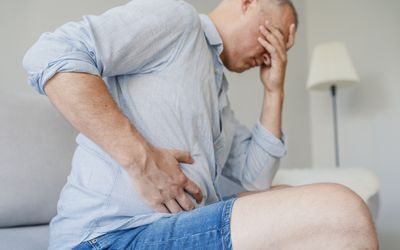