Any vaginal bleeding that occurs during a time when you aren’t on your menstrual period is considered abnormal. Fortunately, irregular vaginal bleeding, also known as uterine bleeding, is usually not serious and can often be treated easily. However, this spotting could also be a sign of a more serious condition, like fibroids, an infection, or polyps.

Read on to learn more about the causes and treatment of abnormal vaginal bleeding.

An Overview of Irregular Vaginal Bleeding

Irregular vaginal bleeding is defined as any bleeding that doesn't occur inside the menstrual period. It is a common occurrence. Roughly 30% of people of childbearing age will experience it at some point in their lifetimes.

Typically, the type of irregular bleeding is grouped into one of two categories: anovulatory and ovulatory. This means that the bleeding could be caused by a condition related to a lack of ovulation, which is when an egg is released from the ovaries, or because of ovulation patterns.

There are various things that can cause a person to experience bleeding outside of their menstrual period.

There are several variations of birth control that can lead to irregular vaginal bleeding. They include:

All types of birth control come with various side effects, but the one they all share is irregular vaginal bleeding, especially in the first few months of use. While the bleeding is normal, it should decline the longer you use your chosen form of contraceptive.

Stress and lifestyle changes can cause a host of changes within the body, one of which is irregular vaginal bleeding.

One study investigated how psychological stress affected students and found that 91% of participants experience some issue with their normal menstrual patterns. Out of that 91%, 9.3% experienced irregular vaginal bleeding.

Dieting or changing your exercise routine can also cause changes in your menstrual cycle, which can lead to bleeding between periods.

Why Does Stress Affect Menstrual Cycles?

Elevated levels of stress cause a physiological response in the body that produces hormones designed to help you through the stressful event. The release of these hormones can disrupt the menstrual cycle, causing irregular bleeding.

Menarche is the term used to describe the onset of menstruation, whereas menopause is when menstruation stops. During these times, the menstrual cycle's rhythm is off, leading to bleeding irregularities.

On average, the menstrual cycle begins when a person reaches the age of 12 or 13. It can, however, come on earlier or later. The menstrual cycle during menarche isn’t the same as it is in adulthood. The cycle itself lasts between 21 and 45 days, whereas in adulthood, the average length is between 21 and 34 days. During the initial onset of menstruation, bleeding between periods can occur.

Similarly, menopause is predated by perimenopause, during which menstruation becomes irregular and begins to disappear. The spotting or irregular bleeding that occurs during this transitional time is typically caused by changing hormones.

Can You Have Vaginal Bleeding After Menopause?

Vaginal bleeding usually stops at menopause, but postmenopausal bleeding can occur in up to 10% of people. Typically it's not a cause for concern, but it's possible that an undiagnosed uterine disorder, like endometrial cancer, is present, so you should contact your healthcare provider to discuss.

Certain structural abnormalities can cause irregular bleeding to occur, such as:

While not all structural abnormalities present a serious health risk, they may require some form of treatment to restore proper structural integrity to the uterus and eliminate irregular bleeding.

Polycystic ovary syndrome (PCOS) is a condition that causes issues with ovulation and the function of the ovaries.

People with PCOS often experience other issues, such as:

A Guide to PCOS and Menopause

Pregnancy can cause irregular vaginal bleeding in a variety of ways, including:

Some serious conditions can cause bleeding late in pregnancy, requiring immediate medical attention. These include:

Cancers of the Reproductive System

In some cases, vaginal bleeding between periods can be a sign of cancer.

Types of cancers that can cause irregular vaginal bleeding include:

Should I Get Checked If I Have Abnormal Bleeding?

While irregular vaginal bleeding isn’t always a cause for concern, it’s better to be safe than sorry since it is a sign of some cancers that can be treated effectively if caught early.

Any unusual vaginal bleeding warrants a trip to your healthcare provider. Since there are so many possible causes, some of which can be serious, it's better to get it checked out. A diagnosis makes way for treatment, which should remedy the vaginal bleeding.

If you know that you have a disorder that comes with irregular bleeding or you are on birth control, you may be able to wait out the bleeding. You should, however, seek medical care if the bleeding:

When to Seek Urgent Help

Menstrual bleeding can be an emergency, so you should seek emergency medical assistance if:

Treatment for vaginal bleeding depends entirely on what is causing it, but may include medication or surgery.

Birth control is often used to help address irregular vaginal bleeding. However, it can also cause bleeding to occur, so it's important to take that into consideration when evaluating birth control as a possible treatment method.

Other options that may be used to help treat irregular bleeding include:

Surgery options are reserved for specific types of irregular bleeding caused by removable growths. These are designed to remove cancer or other growths, polyps, and fibroids.

In rare cases, a hysterectomy may be performed, which removes the entire uterus.

In some cases, you may not require treatment for abnormal vaginal bleeding, because the underlying cause isn't serious. For example, if you just started taking a new form of birth control and are experiencing bleeding between periods, the best option may be to wait it out so that your body can adjust to the contraceptive.

Irregular vaginal bleeding is a common occurrence that affects many people of childbearing age. It can be caused by something as harmless as switching to a new birth control to something as serious as cancer. Since there are various causes of irregular bleeding, there are also a variety of different treatment options.

If you experience any new irregular bleeding and are unsure of what could be causing it, it's important to discuss it with your healthcare provider to have it checked out. This can rule out any dangerous or serious health issues and begin treatment as necessary.

Irregular bleeding can be bothersome, especially when you already have to cope with monthly menstrual periods. Fortunately, in many cases, irregular bleeding isn't serious and can be treated effectively. Contact your healthcare provider to get checked out and receive treatment to help provide symptom relief. 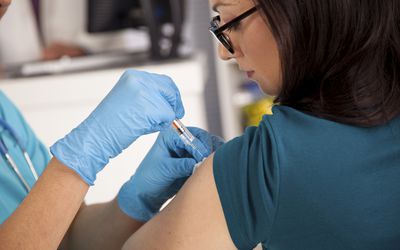