Sherry Christiansen
Sherry Christiansen is a medical writer with a healthcare background. She has worked in the hospital setting and collaborated on Alzheimer's research.
Learn about our editorial process
Medically reviewed
Verywell Health articles are reviewed by board-certified physicians and healthcare professionals. These medical reviewers confirm the content is thorough and accurate, reflecting the latest evidence-based research. Content is reviewed before publication and upon substantial updates. Learn more.
by
Sanja Jelic, MD

Chronic obstructive pulmonary disease (COPD) is the fourth most prevalent cause of death in the world and the third leading cause of death and disability in the U.S. Currently, there is no cure for COPD. However, with many medical breakthroughs and improvements in treatment in development, here's hope a cure may be coming someday soon.

This article discusses the challenges related to finding a cure for COPD, research on treatment advances, and how the outcomes and prognoses for those with COPD are improving.

How COPD Affects the Lungs

To understand efforts to treat COPD, it’s necessary to be familiar with the respiratory system and how it's affected by the disease.

When you inhale, air is inspired and travels from the mouth, through the windpipe (trachea), and into the lungs. In the lungs, it enters tubular branches called bronchi that divide into smaller and smaller branches, called bronchioles.

COPD usually develops slowly and takes one of two forms:

Since COPD is irreversible, treatment focuses on managing symptoms and preventing progression of the disease. Standard therapies include:

Endobronchial valve implantation was approved by the Food and Drug Administration (FDA) in 2018 as a treatment for people with severe emphysema. The procedure is considered an alternative to more invasive surgeries that remove diseased lung tissue.

During the procedure, an endotracheal tube or bronchoscope is inserted into your lung so a valve can be implanted. The valve prevents hyperinflation, which is when air becomes trapped in the lung due to the damaged alveoli.

The result is that the healthier parts of the lungs can function more efficiently, and the diaphragm is able to expand without pressure from trapped air. This allows a person with emphysema to take deeper breaths. It reduces shortness of breath that is associated with emphysema.

It’s important to note that the valve will not cure emphysema, but allows you to manage the discomfort and alleviate symptoms.

Endobronchial valve implantation is not for everyone. People with certain conditions are not candidates for the procedure, including those who:

Another new breakthrough in COPD treatment is a type of medication called combination inhalers that may be more effective than standard inhalers.

Normally, COPD inhalers contain a medication called a bronchodilator that helps open the airways to make breathing easier. There are two types of bronchodilators:

Two different types of long-acting inhalers are used to help people with COPD control their symptoms: long-acting muscarinic antagonists (LAMA) and long-acting beta2-agonists (LABA). You may be prescribed one or the other to improve lung function and prevent shortness of breath. However, research shows that a combination of the two types does a better job of improving symptoms.

Another type of inhaler that can be prescribed for breathing problems delivers inhaled corticosteroids. Inhaled steroids reduce swelling and inflammation in the lungs. They're very effective for treating asthma and are not usually prescribed alone for COPD. However, combining steroids and a type of long-acting bronchodilator can be very effective in treating COPD.

A combination bronchodilator and steroid inhaler does not provide immediate relief. It may take a week or more before you see benefits from the medication.

This combination inhaler contains a LABA to widen the airways and a steroid to control inflammation in the lungs. Putting both medications together makes it easier to use and is an effective way to control symptoms of COPD.

When using a combined steroid/bronchodilator inhaler, you may have a higher risk of pneumonia. Discuss the risk with your healthcare provider.

Health outcomes are changes in your health that result from medical treatment (called interventions). Interventions (procedures or medication) that prevent death after a severe COPD flareup are said to result in an improved outcome. Two treatments that have been shown to lead to improve outcomes include self-management interventions and pulmonary rehabilitation.

The goals of COPD treatment include improving a person's quality of life, enabling them to be more active, and lowering the chances that, after being treated in the hospital, they will need to be hospitalized again. An approach called self-management intervention has been successful in meeting these goals.

The intervention is an education program that aims to help people with COPD better manage their condition on their own once they're released from a hospital. It focuses on teaching people about the illness, exercises they can do, medication they need to take, and how to deal with a flare-up.

While this intervention seems to be successful in many ways, the findings are not consistent when it comes to hospitalizations. More research needs to be done to see if the program can help prevent people with COPD from being readmitted to the hospital for treatment.

Pulmonary rehabilitation is an educational and support service. It focuses on teaching people with COPD about the disease process, how to manage symptoms, how to exercise with less shortness of breath, characteristics of a healthy diet, and more.

The educational classes are offered in a group setting to allow people with COPD to meet and interact with others who also have COPD. The group participants can give and receive support and learn how other people with COPD manage their symptoms and emotions.

The skills that are learned in the classes help people with COPD manage their illness and become stronger by increasing their fitness level, employing breathing exercises, and improving their diet.

Pulmonary rehabilitation has been shown to improve outcomes as it may reduce the need for hospital stays.

The future of COPD treatment looks very bright. Because this disease is a worldwide leading cause of death, there have been significant resources and effort concentrated on finding innovative, effective treatments. New areas of study include stem cell therapy and regenerative medicine.

Stem cells are like the body's raw material. They are cells formed in the bone marrow from which every other type of cell in your body comes to be.

Trials are underway to see how these cells can be used to repair the structure of damaged alveolar cells and improve respiratory function. More research is needed before people with COPD can expect any treatments with stem cells to be available.

In standard stem cell therapy studies, stem cells are grown by researchers in a lab. Then the stem cells are manipulated to develop or “specialize” into specific types of cells, such as lung cells. The specialized cells are then implanted into a person.

Newer medical breakthroughs in the treatment of COPD have gone beyond stem cell therapy. In fact, according to the National Emphysema Foundation, researchers are exploring options to manipulate lung cells, enabling mature lung cells to help to repair damaged lung tissue.

One study published in the journal Nature Communications discovered that one type of lung cell can regenerate different types of cells. This could allow you to grow back damaged lung tissue on your own. This could potentially change how COPD is treated, creating new and effective options for people with COPD.

COPD is a chronic illness that has no cure. Symptoms of the two main types of COPD—emphysema and chronic bronchitis—can be treated with medication and lifestyle changes, but the disease still gets worse with time.

Breakthrough treatments, though, are improving people's quality of life and overall health. These include using combination medications and implanting a valve in the lungs to regulate breathing. Other newer approaches are improving outcomes by teaching people with COPD how to manage their disease and avoid hospitalization.

Looking ahead, there are scientific advances on the horizon that may allow people to regenerate damaged lung tissue, which could possibly lead to a cure for COPD.

COPD continues to be a leading cause of disability and death around the world. Increased success in eliminating pollution and encouraging people to stop smoking can help prevent future cases. Still, there's an ongoing need to work on better solutions for those already sufferings or who will contract COPD regardless of preventive measures.

Options are available today that can help those with emphysema and chronic bronchitis enjoy a better quality of life, and there are medical breakthroughs on the horizon that will continue to improve care. 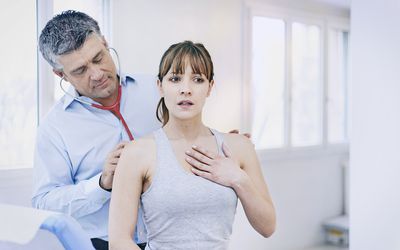 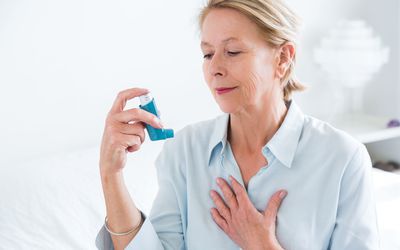