Gluten ataxia is a rare condition in which gluten—the protein found in the grains wheat, barley, and rye—causes damage to your brain and your nerves. Symptoms of gluten ataxia (a form of ataxia) involve problems with your gait, your eyes, and your limbs. However, the condition has only been described recently in the medical literature, and it's not well understood.

In theory, you should be able to treat gluten ataxia problems by eliminating gluten from your diet. Research that's been done on gluten ataxia (mainly by Dr. Marios Hadjivassiliou, a consultant neurologist at Royal Hallamshire Hospital in Sheffield, England who first researched the concept of gluten ataxia) indicates that this may be true: You potentially can stop the damage to your neurological system by following a strict gluten-free diet.

However, at least one other study performed on patients with suspected gluten ataxia doesn't back this up—it didn't find statistically significant improvements in ataxia symptoms in patients following a gluten-free diet (although the data trended in that direction).

Dr. Hadjivassiliou's theory is that the diet needs to be very strict in order to have a positive effect on these neurological complications. That involves removing as much trace gluten as possible as well as the obvious gluten-containing foods.

This theory—that you need to rid your diet entirely of gluten, even the trace gluten commonly found in gluten-free-labeled foods—is backed up by anecdotal reports of people with gluten ataxia and other neurological conditions. These gluten-related neurological symptoms seem to take much longer than gastrointestinal symptoms to improve, and only seem to get better on a diet that's free of trace gluten.

However, there's no medical research as of yet to back up this theory, and so not all physicians buy into the concept of using a gluten-free diet to treat ataxia.

Gluten ataxia is characterized by actual brain damage that results in problems with your gait, limbs, and eyes. The damage is progressive, and signs of the disorder usually become apparent in your mid-50s, according to a consensus document published in BMC Medicine.

Symptoms include unsteadiness on your feet, clumsiness, and problems walking, changes in speech and difficulty swallowing. Diagnosis is tricky since there's no accepted medical test for gluten ataxia.

Although not all physicians agree on the existence of gluten ataxia, the consensus document defined the condition as an autoimmune reaction to gluten in the same "family" as celiac disease (which involves the small intestine) and dermatitis herpetiformis (which involves the skin).

Only two studies have looked at the effects of the gluten-free diet specifically in patients with neurological dysfunction. One concluded that the diet is helpful in reducing neurological symptoms, while the other concluded that evidence for that effect is lacking.

In the first study, performed by Dr. Hadjivassiliou and colleagues, the researchers looked at the effects of the gluten-free diet on 43 people with diagnosed gluten ataxia. Some of these patients had the characteristic villous atrophy found in celiac disease and some did not, but the diet appeared to help everyone who followed it strictly.

In that study, 26 patients adhered strictly to the diet, as shown by their negative blood test results for anti-gluten antibodies. Another 14 patients refused to follow the diet and therefore served as the control group.

Before the study started, the participants all had similar performance on ataxia tests. However, one year into the study, the treatment group's symptoms of ataxia had improved significantly when compared to the control group. The improvement in neurological symptoms occurred regardless of whether the person following the gluten-free diet had villous atrophy and had been diagnosed with celiac disease or not.

"Neurophysiological assessment of peripheral nerve function in patients with gluten ataxia and peripheral neuropathy also showed improvement, supporting our contention that the improvement in the group adhering to the gluten-free diet was real," the researchers concluded.

Also, the improvement occurred regardless of how long the patients had suffered from ataxia, and some recently-diagnosed patients actually lost all symptoms of ataxia and returned to normal following treatment with the gluten-free diet, the researchers said.

About half of the patients adopted a gluten-free diet, while the other half did not. Of the patients on the gluten-free diet, neurological symptoms improved in 16%, remained stable in 37%, and worsened in 47%. In the group that didn't follow the diet, 9% improved, 18% remained stable and 73% worsened. However, those differences did not reach statistical significance.

The researchers concluded that "convincing evidence of the benefit in terms of neurologic outcomes are still lacking."

There also are several case reports indicating that the gluten-free diet can resolve gait-related and other neurological symptoms in people with celiac disease, although in those reports, the researchers were primarily interested in gastrointestinal symptoms and didn't focus on symptoms of ataxia.

This may be a stricter diet than is necessary to eliminate intestinal damage, he notes. "It is imperative... that close monitoring should be undertaken with the use of antigliadin antibodies [i.e., celiac blood tests] and dietetic review to ensure strict adherence to the diet," Dr. Hadjivassiliou and his co-authors concluded.

If there's no improvement after a year on a strict gluten-free diet, the study suggested that treatment with immunosuppressants and other medications might be appropriate. 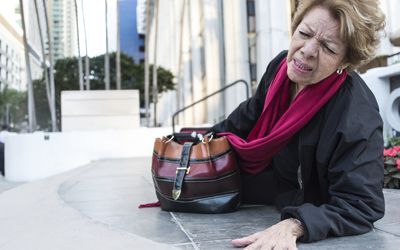 Gluten Ataxia Symptoms: What You Can Expect