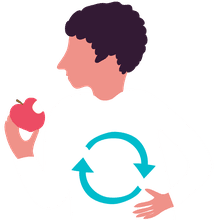 If you have consulted with your doctor about your experience of constipation, it is very likely that you walked away with the recommendation to try Miralax. In this overview, you will get some basic information about this over-the-counter treatment so you will have a good sense of its safety, side effects, and effectiveness for treating constipation.

Miralax (polyethylene glycol 3350) is a medication that was designed to treat occasional episodes of constipation. Miralax is classified as an osmotic laxative because it draws fluid into your bowels. This action results in softer, easier-to-pass stools, and increases the frequency of bowel movements.

Interestingly, the formulation of Miralax, when combined with electrolytes, is often used to prep the bowels prior to a colonoscopy or intestinal surgery.﻿﻿

How to Take Miralax

If you have been diagnosed with CIC or constipation-predominant IBS (IBS-C) and thus deal with constipation on a chronic basis, you should speak with your doctor as to whether or not to use Miralax for longer than the recommended one-week period.﻿﻿

Miralax is generally considered to be a safe, well-tolerated medication. Research studies have not indicated any significant negative side effects. A very small percentage of people who participated in research studies on the medication reported symptoms such as abdominal pain, bloating, and vomiting - all of which disappeared as soon as they stopped taking Miralax.﻿﻿ Some studies have indicated that Miralax is less likely to cause bloating or flatulence than other osmotic laxatives.