Real-world data and anecdotes from infected people suggest that Omicron is milder than previous COVID-19 variants. Several studies published in recent weeks support this idea, pointing to how the variant seems to infect the upper airway but largely spare the lungs.

When Omicron emerged, some scientists speculated that the 50 mutations in the variant would allow it to largely evade immunity from vaccines and spread quickly.

Recent anecdotal and epidemiological data indicated that while Omicron is certainly more transmissible, it appears to remain around the nose, throat, and windpipe. The variant does less harm to the lungs, where prior variants caused inflammation and scarring that could lead to severe respiratory issues.

Why May Omicron Be More Transmissible But Less Severe?

In a preprint study published on Wednesday, researchers analyzed data from nearly 53,000 U.S. patients infected with Omicron and 17,000 sick with Delta. The Omicron-infected patients were 53% less likely to have symptomatic hospitalization, 74% less likely to be treated in the intensive care unit, and 91% less likely to die from COVID-19. None of these patients required mechanical ventilation.

Earlier models indicated Omicron might bind more effectively to receptors in human cells than prior variants, but preliminary data from animals and human tissue suggested this may not always be the case.

Syrian hamsters are a species particularly prone to severe COVID-19 infection of the earlier variants. But when infected with Omicron, the viral load in their lungs was nearly undetectable, and there was no sign of inflammation in the bronchioles, according to a preprint study from researchers in Belgium.

In a separate large-scale lab study, researchers found that mice and hamsters infected with Omicron had a lower viral load in the respiratory tract. The animals also lost less weight, suggesting they suffered less severe disease.

Michael Diamond, MD, PhD, lead author of the study and a professor of infectious diseases at Washington University in St. Louis, told Verywell that the findings allow researchers to investigate which characteristics of Omicron causes it to replicate more poorly in some cells and how this relates to the disease outcomes in humans.

In a study using cultured tissue from human bronchi and lungs, researchers at the University of Hong Kong found that Omicron can multiply 70 times faster than Delta in the bronchi in the 24 hours after infection. But in the infected lung tissue, Omicron replicated at least 10 times slower than the original COVID-19 virus.

If supported by further studies, these findings may elucidate how Omicron infection has a less severe disease outcome. Typically, when a COVID-19 infection reaches the lungs, the immune system may overreact, causing inflammation that can lead to difficulties breathing and long-term damage. If the infection stays largely in the upper respiratory tract, it has less potential to wreak havoc on the rest of the body.

Scientists aren’t yet sure what causes Omicron to be so much more transmissible than other variants, but its ability to induce a higher viral load in the mouth and nose may play a role.

“If it infects respiratory epithelial cells very easily, then that explains why it’s so easy to get infected—people are just spewing virus everywhere when they’re breathing and talking,” F. Perry Wilson, MD, MSCE, a physician at Yale Medicine and researcher at the Yale School of Medicine, who was not involved in the study, told Verywell.

In some areas hard hit by Omicron, relatively fewer people are hospitalized for COVID-19 during this wave compared with previous surges.

In South Africa, case rates appear to have peaked and are now on the decline, the country’s cabinet announced on December 30. Cases peaked at more than 23,000 cases and have now plummeted to fewer than 7,600 per day.

Death rates, which usually pick up a few weeks after a spike in cases, are still on the rise in South Africa. Still, in the second week of the Omicron-fueled wave, 1.7% of COVID-19 cases led to hospitalizations, compared to 19% in June 2021, according to South African Minister of Health Joe Phaahla.

However, the data comes with caveats. Around 60-70% of the population in South Africa is likely to have had prior COVID-19 infection, meaning they may produce a more robust immune response. Additionally, South Africa has a relatively young population, with a median age of less than 28 years—a full decade lower than that of the United States.

In the U.S., COVID-19 hospitalizations this week surpassed the previous record set in January 2021. Meanwhile, cases are set to triple last winter’s peak, at a weekly average of more than 750,000.

At an individual level, however, scientists are still working to understand how an infection by Omicron manifests differently from other variants. For instance, it’s not yet clear whether Omicron in an older, unvaccinated person would be less severe.

Omicron’s severity will best be measured using real-world epidemiological findings, not data that comes “from a test tube,” Wilson said.

“We’ll find out if it’s more mild because there are millions of people getting infected within a day,” he added.

Even if Omicron is indeed less severe, its high transmissibility means more people are being infected with the virus, increasing the risk of exposure for those susceptible to serious disease—such as people who are unvaccinated, immunocompromised, or elderly. Already, this surge in cases is overloading health systems.

“For unvaccinated people or uninfected people, I don’t think the severity of disease is less,” Kamlendra Singh, PhD, a professor of molecular microbiology and immunology at the University of Missouri, told Verywell. “Protect yourself in whichever way you can.”

Getting vaccinated and receiving a booster when eligible is still the best way to avoid hospitalization and death from COVID-19.

Though Omicron may be less likely to lead to severe disease, outcomes can still be deadly if you are unvaccinated. Health experts maintain that being fully vaccinated and receiving a booster shot when eligible is the best way to protect yourself from serious illness.

Correction - January 12, 2022: This article was updated to include the latest study on the severity of Omicron. 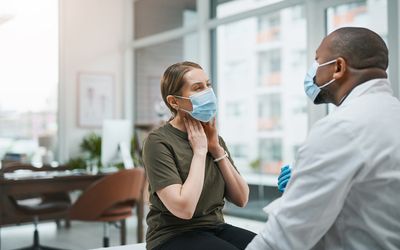 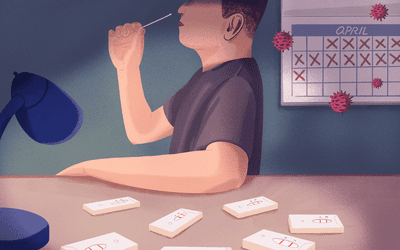 How Long Does An Omicron Infection Last in the Body? 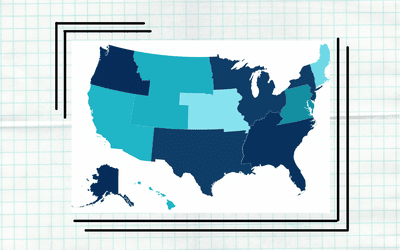