Why Autism Diagnoses Have Soared

Medically reviewed by Pilar Trelles, MD
Pilar Trelles, MD, is a board-certified child and adolescent psychiatrist, and an assistant professor of psychiatry at Mount Sinai.
Learn about our Medical Expert Board

The number of children diagnosed with autism spectrum disorder (ASD) has risen consistently and dramatically since the 1990s. According to the Centers for Disease Control and Prevention (CDC), as of 2016, approximately 1 in 54 children in the United States was diagnosed with autism.﻿﻿﻿﻿ In 2000, the corresponding rate was approximately 1 in 150 children.﻿﻿﻿﻿﻿﻿﻿﻿ The rate is notably higher in boys (1 in 34) than in girls (1 in 144).

There's no way to pinpoint an exact reason for this increase, but it's likely that significant changes in diagnostic criteria and reporting practices, in addition to greater awareness and possibly environmental factors, are responsible.

Here's a look at some of the main theories about why autism is on the rise.

Autism was first described as a unique disorder in the 1940s and included only those children who displayed symptoms of what might be described today as "severe" or "level 3" autism spectrum disorder.

In 1994, the American Psychiatric Association released the fourth edition of the Diagnostic and Statistical Manual of Mental Disorders (DSM-IV), which recognized autism as a spectrum disorder; in essence, it became possible for someone to be anything from "mildly" autistic to severely autistic. New diagnoses, including the "high-functioning" Asperger's syndrome and the catch-all PDD-NOS, were added to the manual.

Upon publication of the most recent version of the manual (DSM-5) in 2013, Asperger's and the other diagnoses were eliminated and folded into a single diagnosis of autism spectrum disorder. This may mean that more people fit the criteria for an autism diagnosis, resulting in a rise in reported cases.

Continued awareness of autism has resulted in increased routine screening by pediatricians, another contributing factor to a rise in cases. The American Academy of Pediatricians recommends that all children be screened for ASD at ages 18 and 24 months, along with regular developmental surveillance.﻿﻿﻿

The CDC's report on autism statistics is based on health and school records for 8-year-old children who live in select counties across the United States. The researchers are part of the Autism and Developmental Disabilities Monitoring Network, which the CDC set up in 2000 to estimate autism prevalence.

Clinicians scanned the school records for signs of autism features, such as social problems or repetitive behaviors. They use data from 8-year-olds because most children are enrolled in school and have had routine health assessments by that age. However, the data is not based on whether children have been given an actual diagnosis of ASD.

Up until 1990, autism was not included in legislation aimed at guaranteeing an education to individuals with disabilities. In 1990, the Individuals with Disabilities Education Act added autism to its list of conditions covered under the act. The new law also added transition services and assistive technologies to its requirements. Autism had never been tracked as an educational statistic before 1990. Since 1990, the incidence of autism in schools has risen dramatically.

Another set of prevalence estimates published in Pediatrics in 2019 found that the prevalence of autism in the United States rose from 1 in 91 children in 2009 to 1 in 40 in 2017.﻿﻿﻿ The results were based on telephone or in-person interviews with the parents of 88,530 children aged 3 to 17 years, collected by the CDC as part of its National Health Interview Survey.

Experts attribute the rise to rising awareness of ASD and improved systems for identifying children with autism. And, while most survey respondents were White and middle-class with health insurance and better access to healthcare, the gap between White children and other racial groups with ASD is closing as awareness grows.

The cause of autism is unknown, though research has pointed to a combination of genetic and environmental factors. The clearest evidence involves certain events occurring in utero or during birth. These include:

There have been many other fringe theories about environmental causes of autism, including vaccines, poor nutrition, "bad" parenting, and cell phone use, among others. All of these have been debunked.

Will Diagnoses of Autism Continue to Increase?

There is no way to know for sure if autism rates will continue to rise. As diagnostic criteria evolve, it could lead to either more or fewer children being qualified for an autism diagnosis.

Some experts, for example, expected a decline in autism diagnoses once Asperger's syndrome and PDD-NOS were eliminated as catch-all options. Others expected an increase as awareness and services improve. For now, the number and rate of children diagnosed with autism continue to rise.

What Is Atypical Autism?
The Challenges of Living With High-Functioning Autism 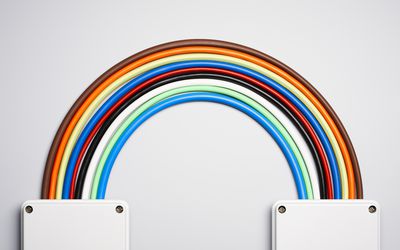 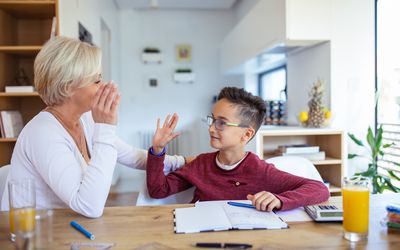