Johnson & Johnson's COVID-19 vaccines began rolling out across the country in early March, 2021. The single-dose shot, made in partnership with Janssen Pharmaceuticals is the third to be distributed in the U.S., joining the Moderna and Pfizer vaccines.

In the U.S., clinical trials show the vaccine is 72% effective at preventing moderate to severe COVID-19, a figure that is markedly lower than the Pfizer and Moderna vaccines (both more than 94% effective). But this doesn’t necessarily mean that it will be worse at protecting you from illness.

When researchers looked at how the Johnson & Johnson vaccine protects against the most severe disease, the efficacy rate rose to 86%. And it prevented 100% of hospitalizations and deaths due to COVID-19.

With most Americans still waiting their turn for a vaccine, health experts are urging people to get whichever shot becomes available to them first.

“The Johnson & Johnson vaccine is incredibly good at protecting you,” Paul Goepfert, MD, professor of medicine and microbiology and director of the Alabama Vaccine Research Clinic, tells Verywell. “Everybody should get vaccinated as quickly as possible so we can bring this under control so we can stop the variants from spreading and then that way we can get back to life.”

Each available vaccine is highly effective at preventing serious disease and death. Experts say to focus less on efficacy numbers—that are subject to change—and instead, recognize that each of the three authorized vaccines is great at protecting against severe COVID-19 illness, hospitalization, and death. Whichever shot becomes available to you first, take it.

Some of the discrepancies between the reported efficacy rates for Johnson & Johnson and the Moderna and Pfizer vaccines, Goepfert says, can be attributed to the conditions in which they were tested. For example, Johnson & Johnson ran its clinical studies at a time when viral variants were circulating more widely than they were when Moderna and Pfizer first tested their versions. Additionally, the company tested its vaccine when infection rates were relatively high compared with lower infection rates earlier in the pandemic.

“We know historically it's much more difficult to prevent infection when you have much more high rates of transmission in the community,” Goepfert says.

Angela Branche, MD, assistant professor of medicine and infectious diseases at the University of Rochester School of Medicine in New York, says to take the efficacy numbers with a grain of salt. Clinical trials don’t always predict exactly how a vaccine will perform once administered to a population. In a study of more than one million people in Scotland, for example, researchers found that the AstraZeneca vaccine performed slightly better than the Pfizer vaccine, despite lower efficacy rates in clinical trials.﻿﻿

The most important goal for a vaccine, she says, is to prevent death, severe disease, and hospitalizations.

Why the Johnson & Johnson Vaccine Should Reduce COVID-19 Transmission

“When you look at the real-life findings from these vaccines and how well they do that, they're nearly perfect and they're all the same,” Branche tells Verywell. “For all of the things that really matter in terms of the safety and the health of our family members and loved ones, and in real life in terms of moving safely past the pandemic, they're, they're all really really good vaccines and fairly equal in their ability to get us there."

In South Africa, where the Johnson & Johnson vaccine was 64% effective in clinical trials, the B.1.351 variant, commonly known as the South African variant, was responsible for the vast majority of cases.

Studies suggest that this strain similarly diminishes the efficacy of vaccines by Pfizer, Moderna, and Novavax vaccines , and the AstraZeneca-Oxford vaccine does not provide much protection against the variant at all.

Given how rapidly these variants spread in South Africa and Brazil, U.S. health officials and vaccine efforts are emphasizing the need to get people vaccinated as quickly as possible in hopes that lowering the rate of infection will thwart the spread of variants while they are still uncommon here.

“If ever there was reason to vaccinate as many people as expeditiously as we possibly can with the vaccine that we have right now, now is the time,” Anthony Fauci, MD, director of the National Institute of Allergy and Infectious Diseases and chief medical adviser to President Joe Biden, told the New York Times. “Because the less people that get infected, the less chance you’re going to give this particular mutant a chance to become dominant.”

The side effects of the Johnson & Johnson vaccine appear to be less severe than the Pfizer and Moderna vaccines. For Johnson & Johnson, reported pain in the arm and systemic symptoms like fever, headache, and fatigue are about 55%. Comparatively, more than 80% of people who received the Pfizer and Moderna vaccines in studies reported arm pain after the shot, and about 80% experienced systemic symptoms after two doses.

Even in studies where participants were given two doses of the Johnson & Johnson vaccine, Goepfert says the vaccine was better tolerated than the mRNA options.

Researchers will gain a better understanding of the side effects as more people receive the Johnson & Johnson vaccine and larger-scale studies conclude over the coming months. None of the trial participants experienced anaphylaxis—a severe allergic reaction—and the FDA recommends continued monitoring for blood clots.﻿﻿

For all the approved vaccines, the body begins to mount an immune response about seven days after the first dose. The Johnson & Johnson vaccine reaches peak efficacy at 29 days after the shot, and Moderna and Pfizer reach their peak between seven and 14 days after the second dose.

With a single-dose regimen and relative ease of transport, the Johnson & Johnson vaccine may enable people to get vaccinated more quickly.

“If you have a vaccine that's offered to you take the one you can get, because they're all fantastic vaccines,” Goepfert says.

Branche emphasizes that there’s no way to know which vaccine will most protect your individual immune system. And because all the options achieve the goal of protecting against death and severe disease, it’s unwise to delay in getting the shot if you have the option.

CDC Issues First Guidelines for Life after a COVID-19 Vaccine

“People should take whatever vaccine, they're offered and they should take it as soon as possible,” Branche says. “They should not delay vaccination because there's a perception that one vaccine is better than the other.” 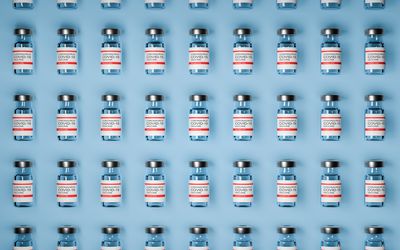 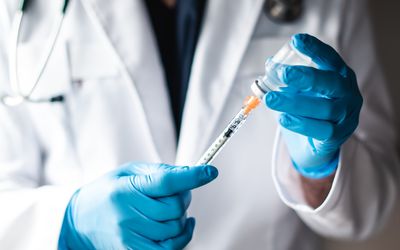 COVID-19 Vaccines Are Effective Against Key Variants of Concern 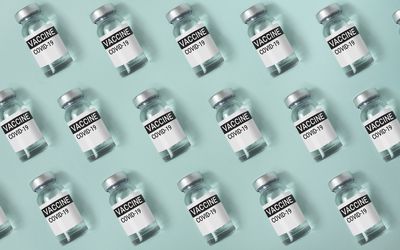 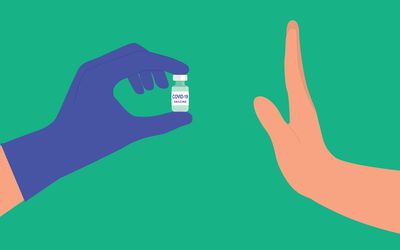 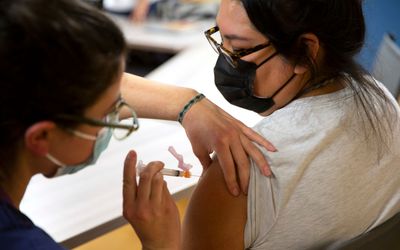 What's the Difference Between the 3 Available COVID-19 Vaccines?