The Department of Justice and the 5th Circuit Court of Appeals seesawed last week on the enforcement of the Texas abortion ban. Although medical providers in Texas resumed performing abortions after a federal judge ruled that the ban was unconstitutional, it was reinstated by the Court of Appeals within two days.

The Texas abortion ban, also known as S.B. 8, is one of the most restrictive abortion laws in the United States. It bans abortions after a fetal heartbeat is detected, or as early as six weeks into a pregnancy, when many people are unaware that they are pregnant. The law allows citizens to sue providers or anyone who assists pregnant people with getting an abortion beyond the legal period.

After the back-and-forth legal challenges, providers and clinics were left in dismay and uncertain of whether to provide abortion services past the six-week mark. Even if the procedure was allowed temporarily, other restrictions would have made immediate access difficult.

“There was a fear among providers that they could be sued if the law was put back into effect,” Rachel Rebouché, JD, LLM, professor of law at Temple University’s School of Law, tells Verywell.

Whole Woman’s Health, an abortion provider in Texas, said that its clinic has been facing harassment.

“The staff are being surveilled constantly, from the protesters on our sidewalks to fake patients our opposition has been sending into our clinics,” Whole Woman’s Health representatives said in a press call, adding that S.B. 8 has prevented doctors from using their best medical judgment.

According to Rebouché, when S.B. 8 was temporarily blocked for two days, abortion providers were legally and technically allowed to provide abortion services past the six-week mark. Whole Woman’s Health led the charge and resumed abortions during the injunction.

“We reached out to some of the patients that we had on a waiting list to come in to have abortions today,” they said on the first day of the block. “We are consenting people for care beyond that six-week limit today and hope that we will be able to take care of those people tomorrow and beyond as long as this injunction stands.”

However, the repercussions of S.B. 8 have had long-term consequences, outweighing providing abortion. “Many of our physicians have opted out of providing care while S.B. 8 is in effect, it being just too risky for them to do so,” Whole Woman’s Health explained.

Even when abortions were allowed in the two-day window, Texas had dozens of other restrictions in place to deter people from seeking abortions, from a mandatory ultrasound to a ban on Medicaid.

After an in-office consultation and ultrasound, people have to wait 24 hours, according to a Texas law. “So just think about scheduling any doctor’s appointment. It’s hard to meet all the demands of the other Texas restrictions that apply to abortion,” Rebouché explains.

Whole Woman’s Health clinics have stayed open and continued to provide abortion procedures in compliance with the law. "But complying with the law meant that every day we had to say no to most people who need abortion care,” they said.

Since the ban took effect, Whole Woman’s Health has turned away hundreds of people. “For those who are denied, they’ve been stunned, often leaving our clinics unable to plan for other options,” the organization added.

According to the Center for Reproductive Rights, Texas has the second-highest number of abortion restrictions, just trailing behind Arizona, Missouri, and Oklahoma.

Research shows that restrictive abortion access has health consequences for patients, such as higher rates of maternal and infant mortality. In Texas, pregnancy-related deaths doubled between 2010 and 2012 as a result of the shuttering of women's health clinics and reduced abortion access.

Access to abortion can have positive economic benefits. Women who received an abortion were 50% more likely to set and achieve an aspirational endeavor, such as finishing their education, getting a job, and being more financially stable when compared to women who were denied an abortion.

As the future of S.B. 8 continues to hinder abortion access, Rebouché expects that out-of-state abortion will persist. “So we’ll see what we saw in September, clinics in New Mexico, Oklahoma, and other states, flooded with Texas patients,” she says. “People will seek abortion online, order tools, self-administer when a restriction like this takes effect.”

The legacy of S.B. 8 will leave the most vulnerable groups, including those with low-incomes and people of color to fend for themselves.

As of October 13, S.B. 8 is still in effect. If you are seeking to access abortion services, visit Abortion Finder to locate a verified abortion provider or funds for out-of-state procedures. 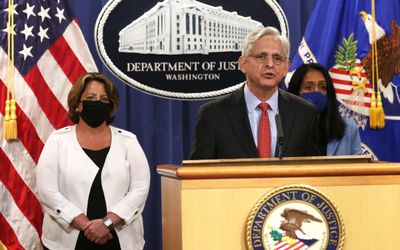 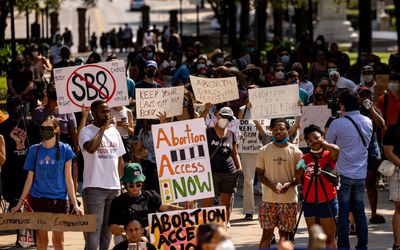 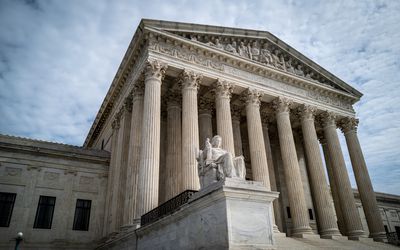 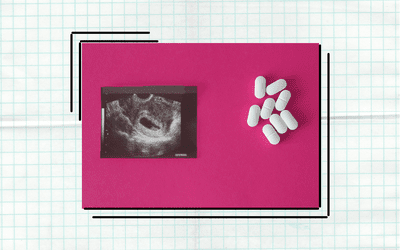 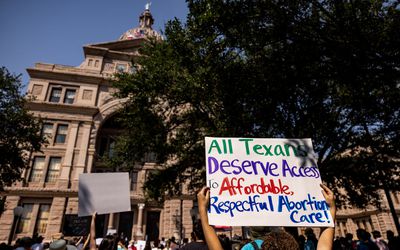 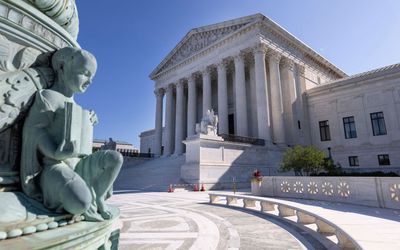