An Overview of Klippel-Feil Syndrome

Klippel-Feil syndrome (KFS) is a rare genetic bone disorder where at least two vertebrae in the neck are fused together from birth. Due to this fusion, patients with KFS have limited neck mobility along with neck and back pain and often chronic headaches.

The syndrome was first discovered in 1912 by French physicians Maurice Klippel and Andre Feil. It’s estimated that KFS occurs approximately in one out of 40,000 to 42,000 births, with female newborns more commonly affected than males.

All of the normal cervical (neck), thoracic (back), and lumbar (lower back) vertebrae are separated by cartilage. When instead of cartilage, the vertebrae are joined together with continuous bone, it is called "fusion".

There are three types of fusion in KFS:

Type II, with fusion involving one or two pairs of vertebrae

Type III, where cervical fusion is associated with structural failure in the thoracic and lumbar spine (a deeper form of malformation)

Depending on the severity, this may be visible on an ultrasound of the fetus in the first trimester of pregnancy. Other prominent symptoms include a low hairline (closer to the back of the head), a short neck, and a limited range of motion with the neck. Other symptoms may present themselves due to the fusion of the vertebrae, including:

The exact cause of KFS is unknown, but researchers believe that it starts from a tissue in the embryo that doesn’t divide correctly, which would normally form separate vertebrae in the body, somewhere between weeks three and eight of gestation. Researchers have discovered there are three genes that, when mutated, are linked to KFS. They are the genes GDF6, GDF3, and MEOX1.

KFS can also be caused from another disorder, including fetal alcohol syndrome, or as a side effect to a separate congenital disease like Goldenhar disease (which affects eye, ear, and spine development), Wildervanck syndrome (which affects the bones in the eyes, neck, and ears), or hemifacial microsomia (which occurs when one side of the face is underdeveloped). The genes in these disorders become mutated which may in some cases also result in KFS.

Your healthcare provider will monitor your baby’s growth via ultrasound, which helps with early detection of KFS and any other spinal issues related to it.

Additional testing will be required after birth, including an ultrasound of the kidneys to check for abnormalities, X-rays of the neck, spine, and shoulder bones, an MRI to see if or how KFS is affecting any of the organs in the body, genetic testing, and a hearing test to see if there is any loss as a side effect of KFS.

For certain mild cases that aren’t diagnosed at birth, testing is necessary once symptoms worsen or start surfacing.

There is no known cure for KFS and treatment plans vary based on the patient and what other symptoms or conditions they have as a response to the syndrome itself. For example, patients who have webbed fingers, a cleft palate, or issues with their heart or other organs will likely need surgery. Those who have spinal issues such as scoliosis will be directed to braces, cervical collars, and physical therapy to help stabilize the spine.﻿﻿

The radiographs of children with fusions secondary to abnormalities such as juvenile rheumatoid arthritis occasionally can mimic the appearance of Klippel-Feil syndrome, although the history and physical examination should allow the clinician to easily distinguish between this condition and Klippel-Feil syndrome.

Since those with KFS are also more prone to degenerative breakdown in the spine over time, it’s likely that the initial course of treatment will have to adapt over time to work with the patient’s physical health as it shifts. The same goes for any other specialists being seen for complications from KFS, such as a urologist, ophthalmologist, cardiologist, or orthopedist, to name a few.

It’s extremely important to make sure your entire medical team is aware of your comprehensive treatment plan and health so that they can monitor the proper areas closely and adjust their own course of treatment if needed to help with overall health and comfort.

With KFS, early detection is key. If diagnosed early, patients suffering from KFS can lead a normal, happy life. Addressing the specific symptoms that are associated with one’s disease is crucial—whether it be getting fitted for a hearing aid, working with a plastic surgeon to correct skeletal abnormalities, or getting on a pain management plan that helps keep them comfortable in daily life. There are also online resources to help those with KFS find information and get support, such as the American Spinal Injury Association, and the American Chronic Pain Association.

What Is Rheumatoid Arthritis?
6 Sources
Verywell Health uses only high-quality sources, including peer-reviewed studies, to support the facts within our articles. Read our editorial process to learn more about how we fact-check and keep our content accurate, reliable, and trustworthy.
Additional Reading 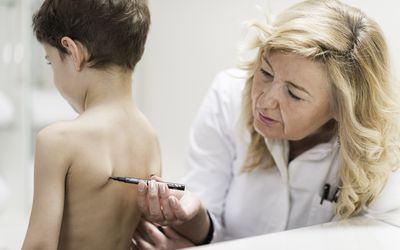 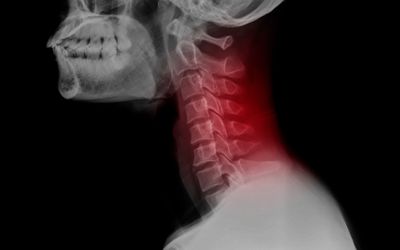 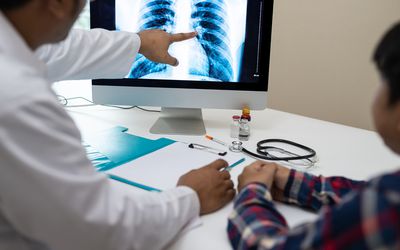 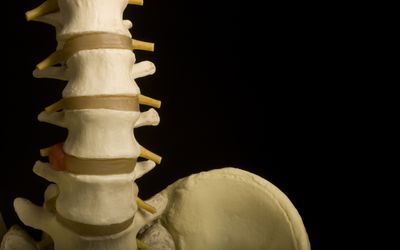 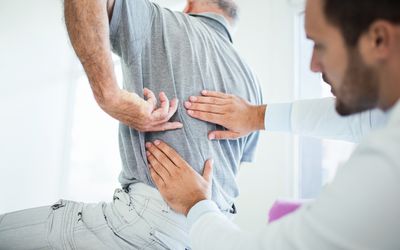 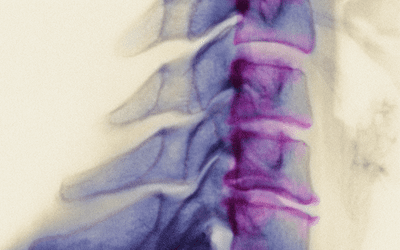 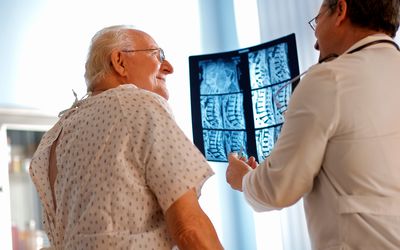 What Is Neurogenic Claudication?