A liquid biopsy is a test done on a sample of blood to look for cancer cells from a tumor that are circulating in the blood or for pieces of DNA from tumor cells that are in the blood. A liquid biopsy may be used to help find cancer at an early stage or to help plan treatment, help to find out how well treatment is working or to determine if cancer has come back.

Results of the test help determine whether a cancer might respond to treatment with targeted therapies or if the cells have undergone any changes since the initial diagnosis or treatment. While liquid biopsy can be used for several cancer types, there is certain interest in its use for lung cancer—our focus here.

Researchers are still studying all the ways that liquid biopsy testing can help to diagnose cancer or direct treatment. Already, it's a trusted alternative to traditional tissue biopsies in certain situations and is relied on as an important tool to help healthcare providers manage care for patients.

Purpose of a Liquid Biopsy

A liquid biopsy blood test is such a new tool that its full potential is still being explored. Currently, it offers some assistance with diagnosing cancer. However, it is primarily used to help with determining a course of treatment or monitoring the effectiveness of treatments that are being tried.

Image testing such as computed tomography (CT) scans and chest X-rays along with tissue biopsies are the standard tools employed for an initial diagnosis of lung cancer. However, liquid biopsies are increasingly being used as an auxiliary tool in the diagnostic process when, for instance, a CT scan shows an abnormality.﻿﻿

Cells and parts of cells frequently break off from a lung cancer tumor and enter the bloodstream. This happens even in the early stages of lung cancer before the cancer metastasizes, or spreads. By looking at a sample of your blood, it's possible to check for these fragments. If they're present, it will support a lung cancer diagnosis. The fragments will then be analyzed to gain information about your cancer.

Often, a liquid biopsy is ordered in addition to a tissue biopsy, but a healthcare provider may choose to only order the simple blood test for several reasons:

A liquid biopsy may be particularly advantageous when a tissue biopsy results in insufficient tissue collection. It is much easier to repeat a blood test than repeat a tissue biopsy.

Using liquid biopsies as part of the diagnostic process allows healthcare providers to do more than just confirm if cancer is present—it allows them to determine what type of lung cancer they're dealing with. Specifically, practitioners check for biomarkers in your blood. These biomarkers are substances released by the tumors that can indicate gene mutations.

Understanding the Role of Genetic Mutations in Cancer

Liquid biopsies offer another advantage. Lung cancers are heterogeneous, meaning that different parts of a tumor (and especially different tumors such as the primary tumor and a metastasis) may be somewhat different in their molecular characteristics.

A conventional biopsy is limited in that it samples only one specific area of tissue—one area where all the cells are alike. A liquid biopsy, in contrast, may be more likely to reflect the mixed characteristics of the tumor as a whole. This gives your healthcare provider a more complete picture of what is needed to fight the cancer.

CTCs refer to tumor cells that can be found in the bloodstream of some people with cancer. There is some evidence that CTCs may be extremely helpful when determining treatment and prognosis for small cell lung cancer since it's estimated that 85% of people with this diagnosis have CTCs, which are associated with poor prognosis.﻿﻿

A CTC count is usually done before and after treatment. If levels decrease after surgery or chemotherapy, it's likely that you're in remission; a higher count indicates the disease is progressing and new therapies should be considered.﻿﻿

CTCs are considered investigational for the management of lung cancer and are performed only in a research setting.

is discussed less often than CTCs and ctDNA, and is currently considered  investigational. Analyzing fragments of tumor cells in your blood, healthcare providers can detect ctDNA. This is used to diagnose EGFR mutations and other mutations.

Once practitioners identify that cells have targetable mutations, they can target the cells with specific medications that stop the rapid cell division. They will then continue to monitor your cells with this blood test to check for a response.

How Cancer Cells Develop and Grow

Liquid biopsies are now used routinely. But as with many rapidly adopted tests, there has been some controversy surrounding them. It's common for the accuracy of liquid biopsies to be questioned relative to tissue biopsies.

Studies have shown that the findings of genetic testing on liquid biopsy specimens closely match findings on tissue biopsy samples when the results are positive.﻿﻿ However, these blood tests are not as sensitive as tissue samplings. This means that liquid biopsies do not always pick up early-stage cancers and, according to some studies, may only be appropriate for patients with advanced cancer.﻿﻿

Thus, researchers usually say that negative liquid biopsy results should not be used to guide therapy. In cases where a liquid biopsy yields a negative reading, additional testing is needed to confirm a diagnosis.

Because of low sensitivity, liquid biopsy testing can't be relied upon as the only—or even the primary—diagnostic tool for lung cancer.

Tissue biopsies allow pathologists to analyze complete cells within tumors, rather than fragments of DNA, so they remain the standard for diagnosing cancer. For greater accuracy, oncologists often send both tissue and liquid biopsy samples out for genomic sequencing.

The newness of liquid biopsy testing means that the laboratories have not yet developed a high level of consistency when it comes to analyzing the samples. This leads to variations in how tests are read. A system that ensures appropriate, uniform processes and addresses the potential for over-interpretation is needed.

Your liquid biopsy will likely be ordered after you have undergone other screenings for lung cancer including, perhaps, a tissue biopsy. The blood draw may be done in a healthcare provider's office or at a testing facility.

Typically, you don't need to fast before the blood test, and no preparation is required. Unless you're told not to drink before the test, be sure to be well hydrated; it will help the phlebotomist find your vein so the draw will go more smoothly.

Your practitioner may alter your medications or ask you to delay taking some prior to the blood draw. Discuss this with your medical professional beforehand.

A liquid biopsy is conducted similar to a routine blood test:

If you get nervous at the sight of needles or blood, you may want to practice deep breathing exercises, which can help you calm down and get through the process.

The blood sample may be sent out the same day your blood is drawn, and results from a liquid biopsy may be returned within two weeks or less.

If results indicate that you're negative for a specific test, your healthcare provider may order a tissue biopsy to confirm the findings if you haven't yet had that procedure.

For instance, a negative ctDNA reading for EGFR would indicate that there is no EGFR mutation in that blood sample. But since liquid biopsy tests tend to have high rates of false-negatives, more confirmation of this is needed.

CTC counts provide the number of CTCs in a specified volume of blood. The report will label these as either favorable or unfavorable:

Your report may also note whether your ctDNA test is positive for a specific mutation that can be targeted. For example, a positive result for an EGFR mutation indicates that there are specific drugs that can be used , for example Tagrisso (osimertinib).

If you have already been on this medication, a liquid biopsy test can detect whether you have another mutation that would cause resistance to Tarceva. If that's the case, your healthcare provider will switch you to a new treatment such as Tagrisso (osimertinib) or Iressa (gefitinib).

There are two areas of lung cancer management in which ctDNA may play a greater role in the future:

Right now, high costs for repeated tests and the lack of sensitivity on liquid biopsies prevent healthcare providers from taking advantage of opportunities to do early screenings or track treatment resistancy, but researchers continue to look at ways to make it possible.

The science related to liquid biopsies and genomic sequencing is changing rapidly, making it challenging for oncologists—especially those who treat a wide range of cancers—to stay abreast of the changes. If your healthcare provider doesn't offer genetic testing, it may be worthwhile to look at getting a second opinion. You may want to seek out a different treatment center that will conduct a liquid biopsy and can verify whether you'd be a good candidate for newer approaches to treatment that can help you manage your lung cancer. 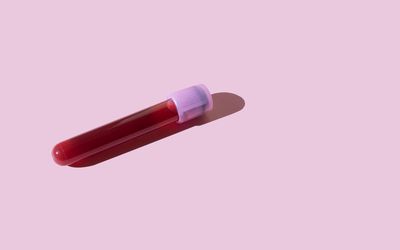 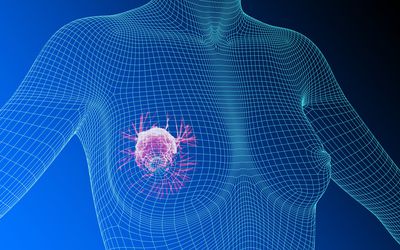 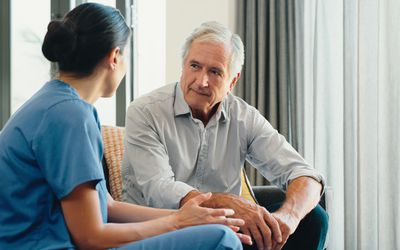