Adrienne Dellwo
Adrienne Dellwo is an experienced journalist who was diagnosed with fibromyalgia and has written extensively on the topic.
Learn about our editorial process
Medically reviewed by Priyanka Chugh, MD

The lower esophageal sphincter (LES) is a bundle of involuntary muscles. It sits right where the lower end of your esophagus, the tube that links your mouth and stomach, connects to the stomach.

What Are Involuntary Muscles?

Involuntary muscles move or contract without requiring you to consciously control them. Most involuntary muscles are associated with the automatic functions of internal organs, such as digestive organs and the heart and lungs.

The LES’s primary job is to keep the acid and food in your stomach from coming back up into your throat. Dysfunction of the LES is usually involved in acid reflux, in which the esophagus is irritated by stomach acid or bile.

Sphincters can be anatomical or functional (or physiological). Anatomical sphincters work by contracting a thickened ring of muscle. This structure is visible no matter what state the sphincter is in. It can be identified during an examination.

On the other hand, functional sphincters don’t have the same thickened ring. They still have a circular muscle that constricts either around or inside of them. But because it isn’t thickened, the specialized structure can’t be visually identified as a sphincter unless it’s constricted. When it’s relaxed, it looks just like the surrounding tissues.

Sphincters can also be classified as voluntary or involuntary. That’s determined by whether you can activate the sphincter consciously or if it’s controlled by involuntary muscles.

The LES is classified as a functional and involuntary sphincter.

A sphincter is a ring of muscle that guards or closes the end of a tube. You have several of them in your digestive system and elsewhere throughout your body. They control the passage of liquids, solids, and gases.

Your Digestive System and How It Works

The esophagus starts at the bottom of the pharynx (throat). From there, it descends behind the trachea (windpipe) and the heart. It then passes through the diaphragm, which is a membrane that sits just below the lungs.

Just below the diaphragm, at the bottom of the esophagus and top of the stomach, is where you’ll find the LES.

What Are the Other Digestive System Sphincters?

The lower esophageal sphincter remains closed except for when you swallow. Then, it opens to allow food to move down into the stomach.

When you swallow, several structures react to block the airways, so food particles don’t get into your lungs. Food enters the throat, and then both esophageal sphincters open.

After your food goes through the upper esophageal sphincter, the muscles in the esophagus use a wavelike motion (called a peristaltic wave) to then push your food downward and through the LES to the stomach.

The LES stays open for about five seconds after you swallow. It then closes to keep food and digestive enzymes from washing back up into the esophagus.

How Your Brain Controls Swallowing

Medical conditions involving the LES include:

When the LES doesn’t close tightly enough, stomach acid and food particles can rise back up into your esophagus. This is called acid reflux.

The main symptom of acid reflux is heartburn. The burning sensation is actually in your esophagus, but it’s felt in the general vicinity of the heart or in the throat.

Reflux can be brought on by certain foods, alcohol, some medications, pregnancy, and an autoimmune disease called scleroderma, which causes hardening and tightening of the skin or connective tissues. Acid reflux may get worse when you lie down, especially right after a meal.

If you have frequent heartburn, it’s important to treat it. Over time, the acid can cause damage to your esophagus. GERD is a severe form of acid reflux that can lead to serious complications if it’s not treated.

Symptoms of GERD typically include:

Treatments for acid reflux and GERD can include:

When these treatments can't control GERD symptoms, surgery may be necessary.

There are four types of hiatal hernia. Type I—the most common—involves the LES moving above the diaphragm instead of being below it, where it belongs. This is also called a sliding hiatal hernia. It can predispose you to GERD.

Type II involves herniation of the stomach. Type III involves the stomach and LES. Type IV involves another organ, such as the colon or spleen.

Causes of hiatal hernia include:

In cases where blood supply is cut off to the herniation, surgery is necessary. It involves pulling the herniated portion out of the hole in the diaphragm and closing that hole.

The surgeon also strengthens the LES by wrapping the upper part of the stomach around it. This procedure creates a permanently tight sphincter to prevent reflux.

Achalasia is an inability to swallow or pass food from the esophagus to the stomach. It’s caused by damage to nerve endings in the esophagus, which prevents the peristaltic wave that pushes food down to the LES and keeps the LES from relaxing to allow food through to the stomach.

Symptoms of achalasia include:

This condition can be caused by an autoimmune disease, a viral illness, or, in rare cases, cancer. The cause is usually unknown.

Treatments for achalasia are aimed at creating an opening in the LES. So far, no treatments can restore muscle movement in the esophagus.

Three common treatments for achalasia are:

Muscle relaxants such as Nitrostat (nitroglycerin) or Procardia (nifedipine) may help as well. However, they can be inconvenient, cause unpleasant side effects, and tend to become less effective over time. They’re typically used only when other treatments fail or aren’t an option.

Hypertensive LES involves increased muscle contraction. The cause is often unknown, but it is sometimes related to GERD.

Symptoms of hypertensive LES often get worse slowly over time. They include:

Treatment is often myotomy, a minimally invasive surgery similar to that used for achalasia.

What is Nutcracker Esophagus?

Diagnostic tests performed for problems related to the lower esophageal sphincter include:

An esophagram is a series of X-rays of the esophagus. It can show problems with the LES, poor esophageal emptying, and the lack of a proper peristaltic wave.

Barium is a white, chalky substance that you swallow to make some areas of your body show up better on an X-ray.

When the stomach and first portion of the small intestine are included, it’s called an upper gastrointestinal (UGI) series.

In an upper GI endoscopy, or esophagogastroduodenoscopy (EGD), the esophagus, stomach, and duodenum are examined with a long, flexible tube called an endoscope. It's inserted through the nose or mouth. It’s a common test when a doctor suspects a structural or inflammatory problem.

While this test can’t diagnose achalasia, it’s usually performed when achalasia is suspected to rule out other possible causes of symptoms.

This test is considered the gold standard for diagnosing GERD. It involves 24-hour monitoring of the acid levels in the lower esophagus, near the LES.

It involves placing a thin catheter that detects acid in the esophagus. The test reveals how many episodes of high acid you have and how long acid levels are elevated.

Esophageal manometry involves a small tube with pressure sensors. It’s placed in the stomach via the nose or mouth and then slowly withdrawn.

The tube measures pressure at different points along the way. That includes the luminal (opening) pressure in both esophageal sphincters and throughout the esophagus.

This test is most often used when a doctor suspects: 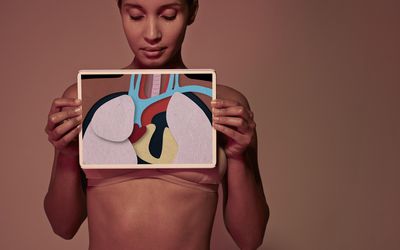 What Is Acid Reflux?