Like most cancer types, the chance of developing lung cancer increases with age. In the United States, lung cancer is most often diagnosed in people 65 or older.

But lung cancer can occur at any age; even in children. And while the overall incidence has been decreasing in recent years, the rate is actually increasing in younger adults who have never smoked.

Overall, the incidence of lung cancer has been decreasing, with a roughly 3.8% decrease in age-adjusted death rates each year between 2010 and 2019.

In contrast to this overall reduction in lung cancer, the incidence of the disease in young adults has been increasing in recent years. This is not thought to be simply a change in the proportion of people with lung cancer who smoked (as smoking decreases), but a true increase in incidence.

Lung cancer in young adults also differs in that it is more common in women than in men.

While lung cancer tends to occur in people more than 60 years old, it is not uncommon for people to be diagnosed as young adults, especially young women. In this age group, the disease is actually increasing.

Why is Lung Cancer Increasing in Young Adults Who Never Smoked?

Effects of Lung Cancer on People More Than 40 Years Old

That said, for those who have not smoked and do not have other risk factors, the possibility of lung cancer may not be immediately apparent. Roughly 10% to 20% of people who develop lung cancer have never smoked.

It's important to be aware of both the symptoms and the signs of lung cancer. Symptoms are feelings or sensations a person may notice themselves. Signs, or those findings, may be seen or pointed out by others.

Overall, the most common initial symptoms of lung cancer include:

The most common signs of lung cancer overall include:

Effects of Lung Cancer on People Less Than 40 Years Old

Lung cancer can behave differently and have different effects in people less than 40 years old for a few reasons.

In young adults, the proportion of never smokers is higher. In one study looking at 20 to 49-year-olds with lung cancer, 28% of the women and 18.6% of the men had never smoked.

The type of lung cancers often seen in never smokers (lung adenocarcinoma) tend to grow in the outer regions (periphery) of the lungs away from the large airways. For this reason, they are less likely to experience symptoms related to an airway obstruction such as a cough.

Lung cancer in young adults is often diagnosed later (more likely to be stage IV non-small cell lung cancer at diagnosis) than it is in older adults. This may lead to more symptoms related to the spread of cancer than due to its effect on the lungs.

Young people may experience all of the symptoms of lung cancer noted above, but the most common are shortness of breath and fatigue. These symptoms can be subtle at first, and are easily dismissed as being caused by another condition, or even lack of exercise.

Since tumors are, on average, diagnosed later than older adults, symptoms related to the spread of cancer to other regions of the body are also common, such as headaches due to brain metastases and back pain due to bone and/or adrenal metastases.

Signs of lung cancer, such as coughing up blood or recurrent respiratory infections are less common in young adults. Instead, signs related to the spread of cancer to other regions of the body may be the first sign.

This could include signs such as weakness or difficulty walking (due to other brain metastases or bone metastases in the spine), jaundice (a yellowish discoloration of the skin), or enlarged lymph nodes in the neck or above the collarbone.

No matter your age and no matter your risk factors for lung cancer, it's important to talk to your healthcare provider if you experience any of the symptoms discussed above.

If You Used to Smoke

If you smoked in the past, and are age 50 or more, learn about lung cancer screening. Yearly low-dose CT screenings have been shown to save lives by detecting lung cancers at an early stage when treatment is most successful.

Lung cancer is most common between the ages of 54 and 75 but can occur at any age. An awareness of the signs and symptoms of the disease is important (along with lung cancer screening for those eligible) to catch the disease early, but these may vary depending on the age of diagnosis.

The importance of recognizing that lung cancer can occur at any age can't be understated.

Now it's become clear that younger adults not only develop lung cancer, but the incidence is rising. Along with raising awareness about breast cancer for young women, we need to remind people to look beneath the breasts as well and not dismiss the fact that anyone who has lungs can get lung cancer. 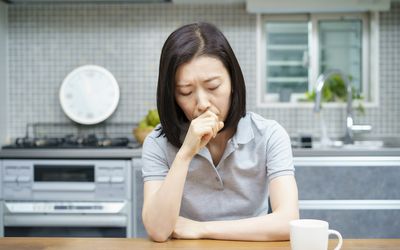 Symptoms of Lung Cancer in Women 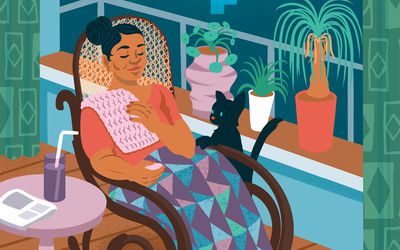