The disease differs from diagnoses in older adults in several ways

Only 10% of lung cancers occur in people under 55, and the rate drops with every decade preceding that age.

According to a 2019 study in the Journal of Cancer, around 1.4% of lung cancers occur in people aged 35 and younger.

Younger people tend to have more advanced lung cancer at the time of diagnosis, with approximately half presenting with stage 4 disease (also known as metastatic cancer).

Metastasis, the spread of cancer from the primary tumor location, is the sign of advanced, incurable disease. In younger people, metastasis will generally affect a single organ, most often the pleura (the lining of the lungs), the lung tissue, bones, liver, and brain.

Delayed diagnosis is thought to be the main reason for the high rate of advanced lung cancers in younger people. Lung cancer is generally not something that doctors think about when a young person presents with respiratory symptoms.

And chest X-rays typically miss lung cancer in the early stages, in part because adenocarcinomas develop in the outer peripheries of the lung rather than in the airways or central lung (like squamous cell carcinomas).

Lung cancer is usually associated with smoking. In fact—roughly 85% of cases and 90% of lung cancer deaths can be directly attributed to cigarette smoke.

But according to a 2018 review in Translational Lung Cancer Research, young people with lung cancer are far more likely to be non-smokers than smokers.

Genetics is believed to play a more substantial role in lung cancer among young people.

Other less common mutations include HER2 and BRAF2, which are also linked to breast cancer.

Family history is thought to be a major risk factor for lung cancer in young adults. A 2017 review in the journal Oncology Letters concluded that having a parent or sibling with lung cancer increases your risk of the disease by 50% compared to people with no family history.

Still, the findings are far from conclusive. Some studies, in fact, could find no evidence of a familial association in young people with lung cancer, suggesting that delayed diagnoses in tandem with other risk factors (such as secondhand smoke, radon exposure in the home, or air pollution) contribute to the risk. Further research is needed.

Will I Get Lung Cancer if My Parent Has It?

The diagnosis of lung cancer in young people is the same as the diagnosis for older adults. It may involve imaging tests like computed tomography (CT) or magnetic resonance imaging (MRI) scans, and investigative procedures like bronchoscopy and sputum cytology. Lung cancer can be definitively diagnosed with a biopsy.

Based on the staging and grading of the disease, treatment would involve many of the same options used in older adults.

Targeted therapies are a newer class of drugs that work by attaching to unique receptors on a mutated cancer cell. Because the drug only attaches to these receptors, these treatments cause fewer side effects than chemotherapy.

There are multiple targeted drugs approved for the treatment of lung cancer in the United States.

Some of the more commonly used:

Other targeted drugs include:

Because many lung cancers associated with these genetic mutations are treatable with targeted therapies, genetic testing (a.k.a. genetic or molecular profiling) is strongly recommended to see if a young person has a mutation that's associated with lung cancer.

Despite the fact that lung cancers in young people tend to be advanced when first diagnosed, their predicted outcome (prognosis) tends to be better than that of older adults with the same stage and cancer type.

Resources are available for young adults with lung cancer, including local and online support groups and non-profit organizations solely dedicated to young people with the disease.

Social media can also be a resource for young people with lung cancer. For example, you can use the hashtag #LCSM (which stands for lung cancer social media) to identify Twitter posts and participate in the conversation.

Lung cancer is not common in young people, but it does occur. It is easily missed in the early stages, so you need to tell your healthcare provider if you have any signs or symptoms of lung cancer, or if you have a family history of the disease. This is true whether you are a smoker, a former smoker, or a never smoker. By catching lung cancer early, you have a far better chance of achieving long-term remission and living a normal, healthy life.

Signs and Symptoms of Lung Cancer in Non-Smokers
16 Sources
Verywell Health uses only high-quality sources, including peer-reviewed studies, to support the facts within our articles. Read our editorial process to learn more about how we fact-check and keep our content accurate, reliable, and trustworthy. 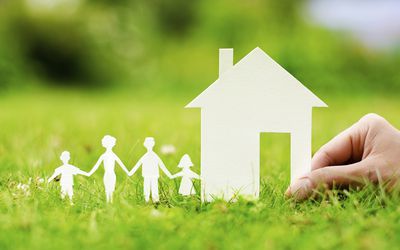 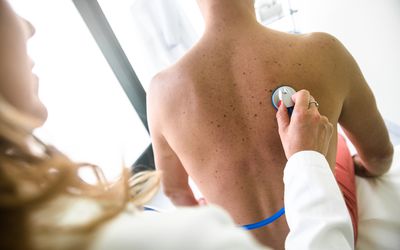 What Is Lung Adenocarcinoma?