Beta-carotene, lutein, and zeaxanthin are all types of carotenoids, or pigments that give plants like pumpkins, corn, and tomatoes their orange, yellow, or red colors. Previous studies showed that although beta-carotene was able to slow down the progress of macular degeneration, it raised the risk of lung cancer in people who are or were smokers. Lutein and zeaxanthin slow progression more than beta-carotene and do not raise the risk of lung cancer.

These findings are based on 10 years of data from the follow-up to a large study called AREDS2, the Age-Related Eye Disease Studies, which evaluated the newer formulation. The original AREDS study, started in 1992, tested a supplement that contained 15 milligrams of beta-carotene and found a significant slowing in the progress of macular degeneration.

What Is Macular Degeneration?

Age-related macular degeneration is a leading cause of loss of vision and blindness. According to the National Eye Institute, eleven million people in the United States have the condition, which involves damage to the macula—the central part of your eye’s retina.


When AREDS started in the 1990s, researchers didn’t know much about carotenoids. But they knew carotenoids were likely important for protecting vision since they concentrate in the retina.

According to AREDS investigator Paul S. Bernstein, MD, PhD, beta-carotene was studied in the nineties because it was marketed as a supplement at a time when lutein and zeaxanthin were not widely available.

“The [new] study was reassuring to me as a carotenoid researcher [because it shows] that carotenoids are not created equal,” Bernstein, who currently serves as a professor of ophthalmology and visual sciences at the University of Utah School of Medicine, told Verywell. “Beta-carotene is a bad actor when given very high doses. Lutein and zeaxanthin behave very differently even though they differ by just two oxygens from beta-carotene.”

The beta-carotene found in food is not a problem for smokers or former smokers. And eating a diet heavy in carotenoids is not dangerous.

“It's supplementation plus being a former or current cigarette smoker that makes that disastrous lung cancer equation,” Emily Chew, MD, lead researcher of AREDS2, told Verywell. Chew is the director of the Division of Epidemiology and Clinical Applications at the National Eye Institute.

“Our goal with AREDS2 was to create an equally effective supplement formula that could be used by anyone, whether or not they smoke,” Chew said.

Her team’s research followed 3,882 of the original 4,203 AREDS2 participants for an additional five years starting in 2012. Among study participants who received a supplement formulation with beta-carotene, 6 of 637 nonsmokers (0.94%) and 32 of 711 former smokers (4.5%) developed lung cancer.

The lutein/zeaxanthin formulation reduced the risk of macular degeneration progression by 26%.

According to the American Academy of Ophthalmology (AAO), risk factors for macular degeneration include smoking, high blood pressure, high cholesterol levels, and eating a diet high in saturated fat.

Should You Take Lutein and Zeaxanthin?

Should everyone be taking a dietary supplement with lutein and zeaxanthin?

“Go to your doctor first,” Chew said. “If you don’t have intermediate age-related macular degeneration (AMD), it’s not going to help you and it’s just an added cost.”

Chew suggests eating a healthy diet, such as the Mediterranean diet, and incorporating monounsaturated oils like olive oil and fish twice a week. 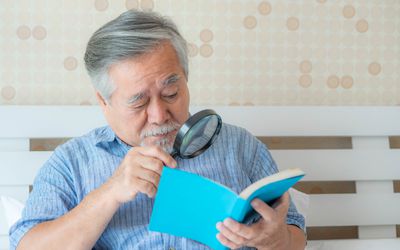 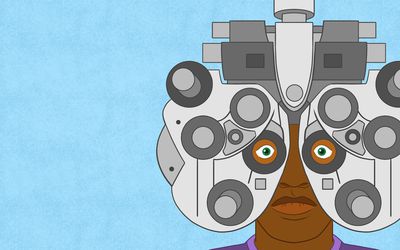 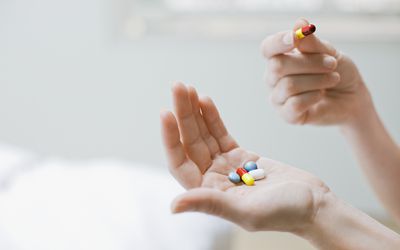 Vitamins and Supplements for Macular Degeneration 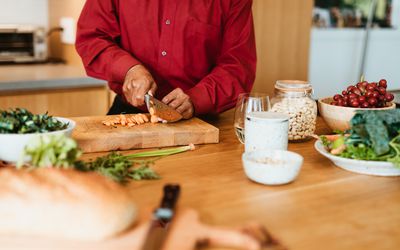 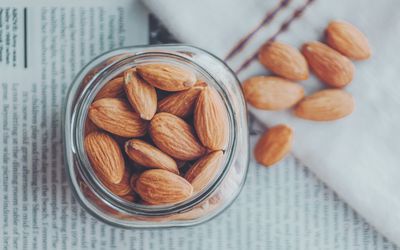 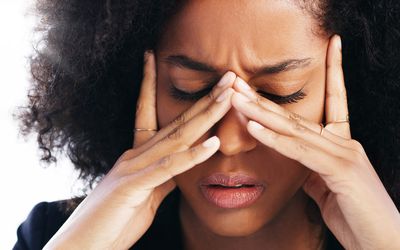 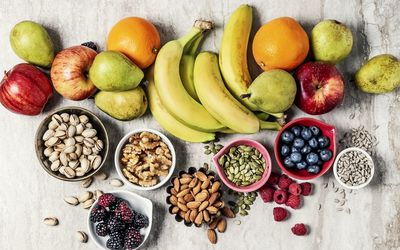 What to Eat When You Have Macular Degeneration