Karen Raymaakers
Karen Raymaakers
Karen Raymaakers RN, CON(C) is a certified oncology nurse that has worked with leukemia and lymphoma patients for over a decade.
Learn about our editorial process
Medically reviewed
Verywell Health articles are reviewed by board-certified physicians and healthcare professionals. These medical reviewers confirm the content is thorough and accurate, reflecting the latest evidence-based research. Content is reviewed before publication and upon substantial updates. Learn more.
by
Doru Paul, MD

The lymphoid cell line consists of those blood cells that begin in the bone marrow in a process called hematopoiesis, and descend from a common lymphoid stem cell.

The production of all "blood cells" begins in the bone marrow in a process known as hematopoiesis. In this process, all types of blood cells originate from a hematopoietic stem cell. This original cell, also called a multipotent stem cell, can be likened to Adam in the bible, as the "father cell" from which all other blood cells are spawned. These cells are also called pluripotent stem cells, meaning they have the potential to become many different types of cells.

The first specialization of cells occurs when this pluripotent cell follows one of two development pathways called cell lines. The pluripotent stem cell can differentiate into either the myeloid cell line or the lymphoid cell line.

The lymphoid progenitor cell (lymphoblast) can subsequently differentiate further into more specialized cells which include:

Lymphoid lineage cells make up about 15% of the cells in healthy bone marrow. Hematopoietic stem cells are continuously differentiating into lymphoid progenitor cells which in turn continually differentiate into the mature cells which make up the lymphoid cell line. It's estimated that the bone marrow turns out at least 100 million white blood cells per hour.

Cancers involving cells in the lymphoid line include:

Non-Hodgkin lymphomas consist of a diverse group of lymphomas that can involve either B cells or T cells. These cancers are ranked in the top 10 causes of cancer-related deaths for both men and for women.

Acute lymphocytic leukemia is a cancer that involves lymphoblasts, which are the cells that go on to become B cells, T cells, and natural killer cells. It is most common in children under age 10 but can occur in adults, too.

Chronic lymphocytic leukemia is the most common leukemia in adults. It a type of cancer that affects mostly B lymphocytes in people in the United States. T cell CLL, in contrast, is more common in parts of Japan. 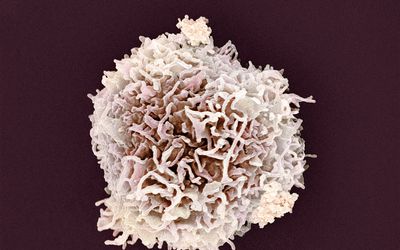 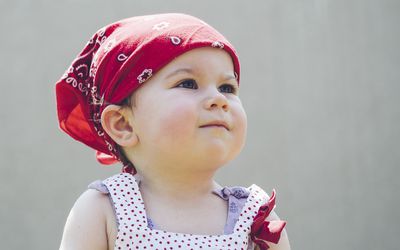 5 Major Differences Between Leukemia and Lymphoma