Lymphoma is a cancer of the white blood cells. Mucosa-associated lymphoid tissue (MALT) lymphoma is an uncommon form of non-Hodgkin lymphoma (NHL). Unlike most lymphomas that begin growing within lymph nodes, this type of lymphoma typically arises from tissue that is present in the lining of certain other organs of the body.

MALT lymphoma is also known as an "extranodal marginal zone B-cell lymphoma," which conveys that it is a type of B-cell non-Hodgkin lymphoma that arises not from the lymph nodes but from other organs.

While MALT lymphoma most commonly affects the stomach, it can develop almost anywhere in the body.

In about 25% of these cases, the disease that originates in the stomach spreads to other organs.

Among the other areas of the body that can be affected by MALT lymphoma are the lungs, thyroid, skin, bowels, salivary glands, and the tissue around the eye.

These cases of MALT lymphomas spread to other organs in about 50% of cases.

MALT lymphomas of the stomach are associated with a bacterial infection. Helicobacter pylori (H. pylori) is a type of bacteria that commonly infects the stomach and causes ulcers and gastritis, or irritation and inflammation of the stomach lining. In some individuals, this bacterium can also cause MALT lymphomas.

Gastric MALT lymphoma is not unique in this way. Other types of lymphoma have been linked to infections with certain bacteria, viruses, and parasites. This makes sense when you think of the lymph system, including its lymphocytes, as part of the immune system that works to identify and fight off foreign organisms in our body.

The symptoms of MALT lymphoma depend on the organ that is affected. Often, there are no symptoms when the disease originates outside the stomach.

When MALT lymphoma begins in the stomach, you may feel indigestion or you may experience weight loss; black stools are also possible because of bleeding into the stomach. Some people may feel a vague pain in the abdomen.

To diagnose a MALT lymphoma, the doctor will need to take a biopsy from the tumor. For MALT lymphomas of the stomach, this usually involves an endoscopy. Doctors will also test for the presence of the H. pylori bacteria in the stomach. This can be done via a blood test, stool test, or breath test.

The staging of lymphomas involves three separate ratings. First, MALT lymphomas are classified based on how far spread they are. This classification ranges from stage I, in which the cancer has not spread, to stage IV, which indicates the cancer has traveled to the liver, bone marrow, or lungs.

Next, the disease is assigned the letter A or B based on symptoms. Finally, two more letters, E and S, are used. E stands for "extralymphatic" or outside of the lymphatic system, and S indicates the presence of cancer in the spleen.

Most MALT lymphomas are diagnosed in Stage IE, meaning they are present in only one organ and that it is outside of the lymphatic system.

About 10% of MALT lymphomas are in advanced stage (Stage III to IV) at diagnosis. This means that the disease had progressed to the lymph nodes, lungs, liver, and bone marrow. CT scans, ultrasounds, and PET scans are used to determine how far spread the lymphoma is.

Treatment: Can MALT Lymphoma Be Cured?

Treatment of MALT lymphomas depends on the organ involved and the stage of diagnosis. In most patients, local treatments like radiation or surgery may be adequate to deal with the disease, but systemic therapy such as chemotherapy is often used for higher-stage cancers and may be used to reduce the risk of recurrence with early-stage cancers.

Treatment of MALT lymphomas of the stomach consists of eradicating the infection with H. pylori. This alone is sufficient to eliminate cancer in a large percentage of people.

In the early stages of the disease, MALT lymphoma may be successfully treated with minimally invasive therapies.

Antibiotics:  If H. pylori is present, the first step is a seven-day course of antibiotics and acid-reducing medication to clear up the infection. It may take six months to a year for the infection to be eradicated.

Radiation: Low dose radiation may be used for gastric and non-gastric localized lymphomas, including those in the stomach that do not respond to antibiotics for H. pylori infections.

How Does Radiation Therapy Treat Cancer?

Chemotherapy may be prescribed for advanced-stage MALT lymphomas or when antibiotic therapy has not helped.

Chemoimmunotherapy may also be used. This is a systemic treatment that uses a combination of antibody therapy and chemotherapy drugs for advanced-stage diseases and conditions that are not responding to other types of treatments.

What Is Active Monitoring?

Active monitoring is a watch-and-wait approach in which any lingering H. pylori infection as well as early or advanced indolent MALT lymphoma is monitored, but no treatments are given.

Healthcare providers may choose this course if watchful waiting will not affect mortality. It allows you to avoid any side effects of treatment.

MALT lymphomas are low-grade lymphomas. Oncologists refer to them as “indolent” lymphomas, which means they grow slowly and remain confined to one organ for a relatively long time. The result is that usually MALT lymphomas have a favorable outcome and will not cause serious illness or death.

Overall survival rate for MALT lymphoma is excellent for the majority of patients since it’s usually diagnosed in the early stages. The 10-year survival rate for those diagnosed with stage IE is more than 99%. Those with H. pylori bacteria have a better prognosis than those who are H. pylori negative.

In about 7.5% of cases, this type of lymphoma may progress to diffuse large B-cell lymphoma (DLBCL), an aggressive cancer of the B-cells of the lymphatic system. In rare instances, MALT lymphomas may turn into Hodgkin lymphoma.

Like any cancer diagnosis, MALT lymphoma is overwhelming. This slow-growing cancer has a good prognosis, though, and can often be managed or cured. Take time to research the condition and therapies to ensure you’re able to work with your healthcare provider to make the best decisions for your long-term health and quality of life. 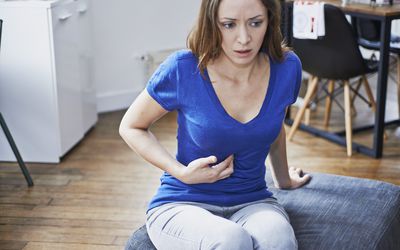 How Gastric MALT Lymphoma is Treated 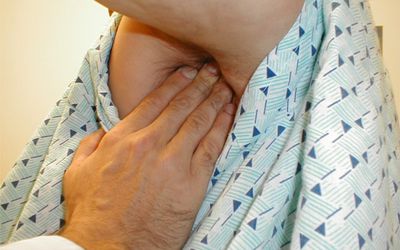