If your state has implemented a medically needy pathway to Medicaid eligibility, your medical costs can be taken into account when determining whether your income makes you eligible for Medicaid.

This article will explain what medically needy means, how and where the program works, and how it differs from traditional Medicaid eligibility and the ACA's expansion of Medicaid.

What Does "Medically Needy Mean" in Terms of Medicaid Eligibility?

The term medically needy refers to individuals who:

How Does the Medically Needy Program Work?

Even if you're blind, disabled, pregnant, elderly, a child, or the parent of a minor child, your income might be too high for Medicaid eligibility (and again, this is assuming you're not eligible for expanded Medicaid under the ACA).

But if you have to spend so much of your income on medical costs that your leftover income is quite low, you could qualify for Medicaid if your state has a medically needy program (often referred to as a "spend-down" program). Once you've spent enough on medical expenses to qualify for Medicaid, your remaining medical expenses will be covered by Medicaid until you have to qualify again, typically monthly or quarterly.

As of 2022, most of the states with medically needy programs also allow them to be used by aged and disabled individuals, but only a little more than half allow low-income parents to use the medically needy pathway for Medicaid eligibility.

The opportunity to subtract the money you spend on medical care from your income in order to qualify for Medicaid may be particularly useful if you are elderly and reside in a nursing home. Also, children and adults with disabilities may need to pay high costs for prescription drugs, medical equipment, or other healthcare expenses.

Which States Have Medically Needy Programs?

The MACPAC data show the maximum allowable income (after subtracting medical expenses) as a percentage of the federal poverty level. For perspective, the 2022 poverty level for a single person is $13,590 in the continental United States.

Eligible applicants must have medical expenses that bring their after-medical-expenses income down to the following percentage of the poverty level in order to qualify as medically needy (for an individual or a couple, these limits are also shown here in dollar amounts):

In addition to the income limit (after subtracting medical expenses), there are asset limits that apply in each state for the medically needy eligibility pathway. The asset limit ranges from a low of $1,600 for a single individual in Connecticut, to a high of $16,800 in New York.

You can see from that list how much the rules vary from one state to another. A person in Vermont can have leftover income (after medical expenses are subtracted) above the poverty level and still be eligible for Medicaid, whereas a person in Louisiana or Texas would have to spend almost all of their income on medical expenses in order to qualify.

The Affordable Care Act significantly expanded the number of people in the country who are eligible for Medicaid. Total enrollment in Medicaid and CHIP (Children's Health Insurance Program) grew by 55% from late 2013 through mid-2022. (The growth was due to both the ACA's expansion of Medicaid and the COVID pandemic.)

Some people who were previously only eligible for Medicaid under a medically needy program are now eligible due to the expanded income guidelines for Medicaid that the majority of states have implemented.

It's also important for people age 65 and older (who are generally dual-eligible for Medicare and Medicaid if they qualify for Medicaid via a medically needy program) and children. The ACA's expansion of Medicaid doesn't apply to people under age 18 or over age 64, since those populations were already eligible for Medicaid pre-ACA, assuming they had income and assets in the eligible range.

(Pre-ACA, there was no mechanism for providing Medicaid to able-bodied, non-elderly adults without children, regardless of how low their income was. Post-ACA, there is no longer an asset limit for children or pregnant people to qualify for Medicaid, and there are also no asset limits for the Medicaid expansion population.)

It's important to understand that Medicaid expansion under the ACA is based on income, but it doesn't matter how you spend that income. You can be perfectly healthy, with $0 in medical costs, and still qualify for Medicaid with an income up to 138% of the poverty level if your state has expanded Medicaid under the ACA.

Under a medically needy program, however, there isn't an upper limit in terms of your actual income. But you must be in one of the categories of Medicaid-eligible individuals, and your medical expenses have to be high enough that your income after subtracting medical expenses ends up being quite low—well below the poverty level in most states.

Medicaid is an insurance program specifically designed for low income and needy individuals. Medicaid has historically provided health coverage for low-income children (and in some cases, their parents), people who are pregnant, senior citizens, and individuals who are disabled or blind.

The expansion of Medicaid under the Affordable Care Act opened up Medicaid eligibility to low-income, non-elderly adults as well, regardless of disabilities or whether they have children.

And while there are several factors that determine eligibility for Medicaid for various populations, income is a primary factor. By and large, Medicaid is designed to provide health coverage to low-income Americans (there are some exceptions, such as the Katie Beckett waiver program).

If your state offers a medically needy program, it must cover:

Your state also has the option to cover:

States have the option to offer Medicaid benefits that go beyond the mandatory requirements, such as adult dental services.

To find the Medicaid Agency in your state, use the interactive map from the National Association of State Medicaid Directors.

Medicaid eligibility is generally based on income, with some populations also subject to asset limits. In general, the income limits for Medicaid eligibility are fairly low, and they're especially low in states that haven't expanded Medicaid under the ACA. But 33 states and the District of Columbia also have medically needy eligibility pathways.

In these states, people with income above the normal eligibility thresholds can qualify for Medicaid if their income minus their medical costs puts them below a certain percentage of the poverty level (the specifics vary by state). The medically needy eligibility pathway does also have asset limits, which tend to be quite low in most states.

If you or a loved one are struggling with very high medical costs, you may find that Medicaid is a possibility, even if your overall income is too high for Medicaid eligibility. It's in your best interest to reach out to your state's Medicaid agency to discuss your situation. 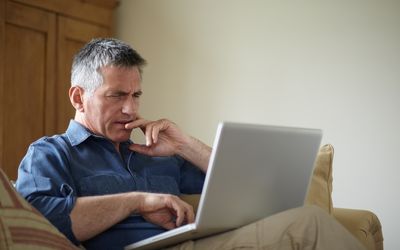 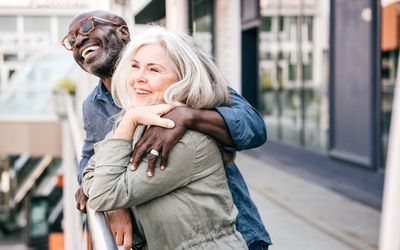 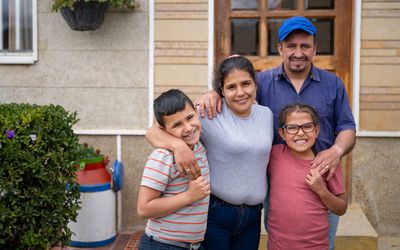 The Medicaid Coverage Gap: Everything You Need to Know