As an important aside, if you are looking for information on cancer which begins in the lungs and then spreads to other regions of the body, check out metastatic (stage 4) lung cancer.

You may be surprised to learn that lung metastases are quite common. While almost any cancer can spread to the lungs, some are more likely than others to do so. With that, the most common types of cancer that metastasize to the lungs include:

Pulmonary metastases occur also very often in sarcoma, a relatively rare type of cancer. As many as 20% of soft tissue sarcomas and up to 40% of bone sarcomas develop lung metastases.

Occasionally, healthcare providers are unable to determine the primary site of cancer. In this case, they refer to the cancer as a cancer of unknown origin with metastasis to the lungs.

While normal cells can be thought of as being "sticky," since they have adhesion molecules that keep them in together in place, cancer cells are different. They do not make these adhesion molecules, allowing them to break free and travel as they please.

When traveling, cancer cells may extend directly to the lungs, such as cancers that begin in the esophagus or chest wall. But most cancer cells travel indirectly, through three possible ways:﻿﻿

Lung metastases often do not cause any symptoms. When this is the case, the metastases may be found on a radiological exam, like a CT scan, done to look for the presence of the spread of cancer.

If symptoms are present, they are often similar to symptoms of primary lung cancer, like:﻿﻿

Since metastatic cancer implies that the primary cancer has spread through the body, general symptoms such as fatigue, unexplained weight loss, and decreased appetite are common as well.

If your healthcare provider suspects that you have lung metastases, there are several tests she may consider. These include:

The results of these imaging studies may provide enough evidence of metastases, although a biopsy may be needed to confirm the diagnosis.

Treatment for cancer metastatic to the lungs is usually determined by the primary cancer or origin of the cancer. These treatments may include hormonal therapy, targeted therapies, chemotherapy, immunotherapy, or a combination of treatments.

Chemotherapy is often the treatment of choice and is usually given as palliative therapy, which is therapy given to prolong survival and decrease symptoms. Palliative therapy is not intended to cure the cancer. Even so, in rare instances, like with testicular cancer metastatic to the lungs, chemotherapy may be curative. Clinical trials are now in progress studying inhaled chemotherapy, with the hope that delivering chemotherapy directly to the lungs will be effective with fewer side effects.

Occasionally, surgical treatment of lung metastases (called metastasectomy) is considered. In order for this to be effective, your healthcare provider will want to make sure that your primary tumor is completely removed, and that all the metastases are able to be technically resected (surgically taken out). When this is the case, metastasectomy may improve your survival.

In addition to surgery, stereotactic body radiotherapy (SBRT), also referred to by terms such as "cyberknife," is sometimes used to treat metastases to the lungs from cancer in other organs.

Unfortunately, cancer that has spread to the lungs (called stage 4 cancer) is usually not curable. That said, it is often very treatable, and your healthcare provider will talk with you about treatments that may lengthen your life, as well as give you the best quality of life possible.

The survival rate, defined as the percentage of people who live five years or more after their cancer is diagnosed, varies widely depending on the primary tumor. For instance, survival is highest for tumors like testicular cancer that has spread to the lungs (74% five-year survival rate).

The upside here is that it's likely that the prognosis for cancer with lung metastases will improve in the near future. Already some stage 4 cancers have responded to treatments, such as immunotherapy, in ways that were unheard of only a few years ago.

Lung metastases or metastatic cancer to the lung occurs when a cancer that originates in another area of the body, such as the breast or bladder, spreads to the lungs. Most people with lung metastases do not have symptoms, but they may experience a cough, chest pain, or hemoptysis.

Lung metastases are usually treated as part of the therapy regimen for the primary cancer, and while metastatic cancers are not usually curable (there are uncommon exceptions), treatment may both extend life and improve quality of life by controlling symptoms. 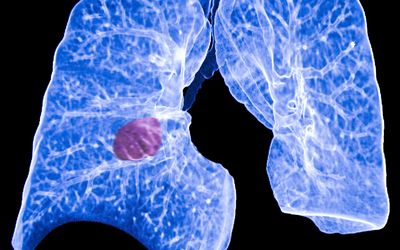 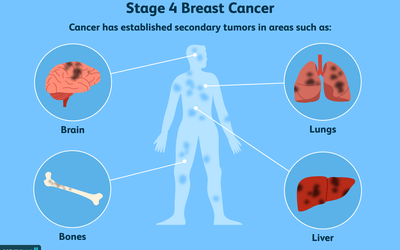 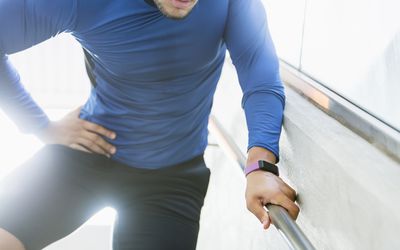