Could the mind-altering effects of LSD help ease chronic pain and other symptoms associated with long-term illness? Could it help prevent and treat destructive neurological illness? A recent surge of research indicates that it could—even without making you hallucinate.

People with chronic pain diseases such as fibromyalgia, lupus, and rheumatoid arthritis may, according to researchers, benefit from extremely low doses of lysergic acid diethylamide (LSD or "acid"). It may also help treat other inflammatory and autoimmune diseases, Alzheimer's disease, and several mental illnesses including depression and anxiety.

The psychedelic drug attracted plenty of research interest back in the 1960s, with some promising results, but those lines of inquiry were largely abandoned when LSD became a controlled substance. To this day, it remains classified in the U.S. as a Schedule 1 drug, which means it has a high potential for abuse.

Now, however, a renewed interest in its medicinal properties is bringing to light numerous possible medical uses.

At regular recreational doses, LSD has an intense and powerful impact on the brain. It can distort your sensations and perceptions of reality, causing vivid hallucinations for up to 12 hours from a single dose. Scientists believe these impacts are due to the drug's influence on receptors in your brain that deal with the neurotransmitter serotonin.﻿﻿

Serotonin is an important chemical in the brain, where it plays a key role in a lot of essential functions, including regulating pain signals, behavior, perception, mood, motor control, body temperature, hunger and thirst, sexual behavior, and the information coming in from your five senses.

The hallucinations that LSD can cause feel completely real to the person experiencing them. Sometimes, they're also accompanied by intense, sudden emotional shifts. That means an "acid trip," as the LSD experience is called, can go from pleasant to terrifying in an instant.

Those effects are produced by recreational doses of between 50 micrograms (μg) and 100 μg. Some people take even higher doses, which typically produce stronger hallucinations. Its profound effects and extreme unpredictability make LSD less than desirable as a medication.

If it's given in significantly smaller doses, though, research suggests it still has very real impacts on your serotonin receptors but without causing the hallucinations and other potentially negative effects that can go along with recreational LSD use.

That has researchers interested in micro-doses of the drug. While research is just getting started, it appears that LSD could be beneficial for a lot of different conditions.

LSD comes from a fungus that grows on grains, such as rye. It was first synthesized in 1938, but its recreational use didn't peak until in the 1960s and '70s when it was associated mainly with the hippie movement and anti-Vietnam war protests.

Everyone perceives pain in their own unique way. Many drugs, including opioids such as Vicodin (hydrocodone-acetaminophen), decrease your brain's perception of pain signals sent by the nerves running throughout your body.

A small study published in August of 2020 investigated the effects of 5 μg, 10 μg, and 20 μg of LSD versus placebo on pain perception in healthy volunteers. (A microgram is one-millionth of a gram or one-thousandth of a milligram.) At these low doses, LSD isn't able to produce a psychedelic (hallucinatory) effect.

The researchers then had participants place a hand in nearly freezing water (about 37 degrees Fahrenheit) and leave it there for as long as they could stand to. Afterward, the participants provided feedback about how painful, unpleasant, and stressful the experience had been.

At the 20 μg dose, but not at the smaller ones, the participants tolerated the cold exposure for about 20% longer than the people who took a placebo, and they experienced less pain and unpleasantness, as well.

Researchers said changes in pain tolerance and perception were comparable to those seen with the use of strong opioid (narcotic) pain killers such as oxycodone and morphine.

What's more, the effects were just as strong five hours after the drug was given as they were at 90 minutes. They didn't test farther out than that but, based on earlier findings that the effects of LSD last for about 12 hours, they hypothesize that the effect on pain reduction may last well beyond the five-hour window.

Negative side effects noted in this study were said to be mild and included:

Researchers said the level of dissociation was much lower than those seen in studies of ketamine and cannabis (marijuana) for pain. Ketamine rates were triple that of LSD's, while cannabis rates were 10 times higher. This suggests that the cognitive interference of this low dosage of LSD is mild enough not to interfere with daily function.

The researchers recommended that future LSD research look at the drug's impact on specific diseases.

LSD is known by several street names, including:

Tiny drops of it are often put on paper that the person then places on their tongue to get the effects.

While it has yet to be studied as a fibromyalgia treatment, the actions of LSD appear to address some of the problems associated with this chronic pain condition.

Fibromyalgia involves abnormally processed pain signals and some rare types of pain that stem from dysfunction in the central and peripheral nervous systems.﻿﻿ Some of the pain processing irregularities are associated with low activity levels of serotonin and possibly dysfunction of serotonin receptors.﻿﻿ It's also characterized by changes in connectivity between different areas of the brain.﻿﻿

LSD appears to beneficially impact not only serotonin receptors in both the central and peripheral nervous systems but, according to research, may even "reset" connectivity between brain regions involved in neuropathic pain.﻿﻿ Also important—it appears to be considerably safer than opioid painkillers.

Current treatment options for fibromyalgia are limited. Three medications are FDA approved for the condition, and all of them work by targeting neurotransmitter function. However, these medications are ineffective or inadequate for many people, and others are unable to take them due to side effects. The need for more effective and tolerable treatments is dire.

Autoimmune diseases feature an over-active immune system that tries to destroy healthy tissues in the body as if they were dangerous pathogens. This leads to chronic inflammation, pain, and numerous other symptoms. Examples of common autoimmune disease are:

Steroidal medications are often used to treat autoimmune and inflammatory diseases. These drugs are synthetic versions of the steroids your body naturally produces. They offer a double benefit for autoimmunity because they lower inflammation and reduce immune-system activity.

Research on how LSD impacts the natural steroid levels in the body discovered that, at doses of 200 μg, the drug increased the plasma concentrations of numerous glucocorticoids, including:﻿﻿

That dosage is well into the range that produces hallucinations, though. It remains to be seen how well this increase in natural steroids could impact disease severity and progression.

The same serotonin receptors affected by LSD are believed to play a key role in Alzheimer's disease. A study published in 2020 suggests that micro-doses of LSD should be investigated to prevent and treat Alzheimer's.﻿﻿

After testing micro-doses on healthy participants, they concluded that the drug was well tolerated and did appear to have an impact on the brain that could be beneficial in people with this neurodegenerative disease.

LSD is being investigated for several mental-health uses, as well, also due to its impact on serotonin receptors.﻿﻿ These potential uses include:

A 2016 study involving doses of 75 μg suggested the LSD causes psychosis-like symptoms initially but improves long-term psychological well-being. Researchers theorized this effect was due to the impact on serotonin receptors, which they suspect caused them to become more adaptable to changing emotional states.﻿﻿

Other research suggests that LSD increases levels of the male hormone dehydroepiandrosterone (DHEA), supplements of which are sometimes used to lower anxiety.﻿﻿

This research is in its early stages. While much of it is promising, it's too soon to say with any certainty that LSD, at any dose, is a safe and effective treatment for any specific ailment. Self-treatment with this drug could be extremely dangerous, as well as illegal, and is not advisable.

With the current epidemic of opioid abuse and how ineffective other pain killers often are for severe or chronic pain, it's likely that these inquiries into LSD will continue. 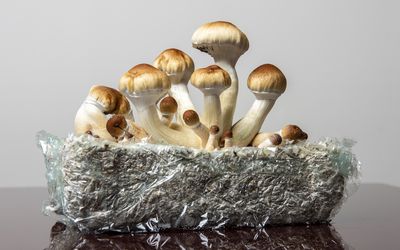 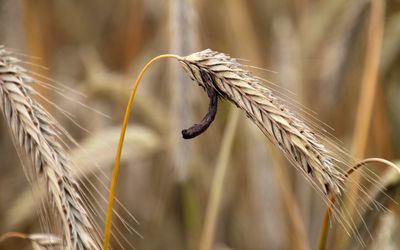 Understanding Ergot Alkaloids and Their Uses 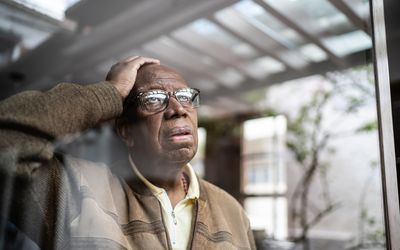