The Migraine and Multiple Sclerosis Connection

Multiple sclerosis (MS), one of the most common neurological disorders, affects your brain and spinal cord. In its early stages, the symptoms of MS may be similar to or confused with a migraine attack. In addition, there are some studies that question a potential connection between MS and migraines.

How MS and Migraine Are Considered to Be Alike

MS and migraine have some similarities, including:

Common Symptoms of a Migraine Aura

The Problem of Misdiagnosis

Studies have found that migraines occur two to three times more often in people with MS than in the general population. In addition, some symptoms of migraine and MS can be similar, reinforcing the importance of reporting the duration and quality of your symptoms to your healthcare provider in detail.

Due to these potential similarities, a person having migraines may be misdiagnosed with MS. A 2016 study performed at four academic MS centers looked at records of 110 patients who had been misdiagnosed with MS, some believing they had MS for 20 years or more. The most frequent alternate/correct diagnosis was migraine, either alone or in combination with other diagnoses, which was found in 22 percent of the misdiagnosed patients.

Not only are there overlapping symptoms between the two, but both migraine and MS can show abnormalities in your brain as well. When you see a neurologist for your headaches, you'll typically have magnetic resonance imaging (MRI) of your brain. If you have migraine or MS, it may show brain lesions called white matter lesions or T2 hyperintensities, although the pattern is usually different in each. This is why these lesions need to be interpreted carefully on an MRI and considered along with your symptoms.

Of course, misdiagnosing MS (or vice versa) can be quite anxiety-provoking for a patient, as well as lead to exposure to unnecessary treatments. Scientists are working on techniques to make imaging tests more specific in hopes that fewer cases of misdiagnosis will occur in the future.

The Link Between MS and Migraine

There does appear to be a connection between MS and migraine, although the relationship has not been fully teased out. At the very least, migraine seems to often co-occur with MS. ﻿﻿﻿There are a variety of theories about why this link exists, but here's a look at some of the most common ones.

Migraine as a Symptom of MS

Some experts hypothesize that migraine may be an early symptom of MS, though there isn't much evidence to support this theory.

A 2012 study found that women with migraines prior to their diagnosis of MS had a 39 percent higher risk of developing MS when compared to the participants without migraines.

Headache as a Symptom of MS

It's possible that there are some shared underlying mechanisms between the two conditions as well, though there's little proof to go on.

For instance, research suggests that migraine may be more prevalent in patients with MS because inflammation in the brain that occurs during migraine attacks may expose the myelin (the protective covering around your nerve fibers) to T cells, the "attack" cells, in MS. This could lead to the development of MS-associated demyelinating lesions in the brain.

Another theory suggests that a change in serotonin levels in the brain from migraine attacks could predispose individuals to MS. Again, there is still no scientific evidence that this indeed occurs.

Treating Headaches and Migraines in MS

In the end, further studies are needed to both confirm the link between MS and migraines and to provide data as to exactly why an association exists. And remember that the chance of developing MS is still very small, regardless of your migraine background. Keep on being proactive in your health care and be candid when discussing your concerns or points of confusion with your healthcare provider. 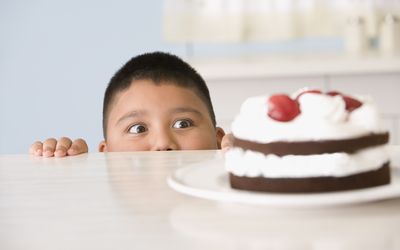 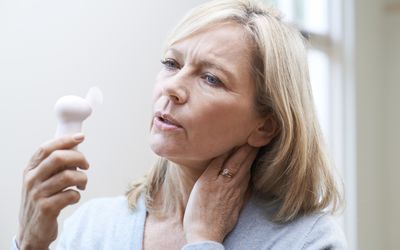 Does Stress Increase the Risk for Multiple Sclerosis?