What to Know About Monitoring for Future Problems

Monoclonal gammopathy of undetermined significance (MGUS) is a medical condition that has no symptoms. It is not a cancer, but it does increase the risk of multiple myeloma and sometimes other blood malignancies. It causes the production of multiple copies of an abnormal protein in your blood.﻿﻿

MGUS is more common in men than in women, and more common in people of African American descent that people who are white. Around 3% of adults over the age of 50 have MGUS, and this percentage increases with age.﻿﻿

MGUS is asymptomatic, though people with MGUS may have a somewhat increased risk of infections.﻿﻿

These M proteins might not cause any problems, as long as there aren’t too many of them. In MGUS, the numbers of these M proteins are relatively low. There are plenty of normal plasma cells that can do their usual jobs.

However, sometimes, MGUS precedes a situation in which larger amounts of M proteins are produced. A genetic mutation might cause the abnormal plasma cells to start making lots of M protein, and the cells might begin to invade other parts of the body. At that point, a person doesn’t have MGUS but a true blood cancer. This, for example, might lead to bone pain, anemia, kidney disease, or other problems from multiple myeloma.

The most common kind of MGUS is the non-IgM type. Non-IGM MGUS has the potential to turn into multiple myeloma. For non-IgM MGUS, the risk of developing a blood malignancy is about 0.5% a year.﻿﻿

The risk of developing a future blood malignancy if you have light chain MGUS is smaller, around 0.3%.﻿﻿ There’s a chance it might lead to a condition called “light-chain multiple myeloma.”

Most often, clinicians first become concerned about MGUS from tests that were run for other medical conditions. In other words, your healthcare provider might order some basic blood tests for symptoms or medical conditions that aren’t related to your MGUS. But these might indicate that MGUS or another potential blood problem needs to be investigated. For example, this might happen if you had unusual results from a complete blood count (CBC), a standard blood test.

Other times, you might have a symptom that indicates that you might have MGUS or a different blood disorder. For example, if you have symptoms of neuropathy but don’t know why, your clinician may get some laboratory tests to investigate. In other cases, your clinician might be concerned about MGUS because of another medical condition. Some of these diseases can be caused by or often go along with MGUS or another disease in this family. For example, some kinds of amyloidosis are like this.

As always, your clinical history and healthcare provider exam provide key diagnostic clues. It’s important that your clinician ask you about possible symptoms that might come from MGUS or from a more serious problem in your blood.

Some of these initial tests might include the following:

Depending on the situation, additional tests might be needed. For example, some people may need bone imaging tests or bone marrow biopsy tests. These are less likely to be necessary if you have a lower risk MGUS and if you don’t have any symptoms.

Technically, a diagnosis of MGUS requires that the concentration of M protein be less than 3 g/ dL (when measured by a specific laboratory test called serum protein electrophoresis). Also, in the bone marrow, the clonal cells making M cells must be less than 10% of the cells present. By definition, people with MGUS don’t have any of the problems associated with multiple myeloma, like sudden kidney disease, bone lesions, or elevated calcium. They don’t have any evidence that their organs have been damaged.

In some cases, your regular healthcare provider will handle your diagnosis. However, you might be referred to a hematologist who will handle your care. This may be more likely if you have a higher risk variety of MGUS.

No treatment is needed for MGUS. However, you will likely need follow-up monitoring to make sure that your MGUS doesn’t develop into a more serious blood disorder. For example, you might need blood tests about six months after your initial diagnosis. Depending on the situation, you might continue to need monitoring after that. If you have a low risk MGUS, you might only need monitoring for a limited time . Your clinician can tell you how high the risk is of your MGUS turning into a more serious blood disorder, based on the results of your blood tests.

It’s important to get this monitoring, if it’s recommended. One of the most serious potential problems from MGUS is the increased risk of multiple myeloma. However, early diagnosis of multiple myeloma might help reduce disease complications and extend your lifetime. Through monitoring, you might be able to treat the disease in its earliest stages. As you monitor your MGUS over time, it becomes less and less likely that a more serious blood problem will actually happen.

Looking Out for New Symptoms

Be sure to let your healthcare provider know right away if you notice any new unexplained symptoms after you are diagnosed with MGUS. These might include fatigue, nerve or bone pain, weight loss, or night sweats. If you are experiencing any of these, there might be a chance that your MGUS has progressed to a more serious medical condition. Call your healthcare provider's office to check-in.

It can be disorienting and scary to learn that you or a loved one has a condition like MGUS, an awkward-sounding condition you might not know. MGUS doesn’t usually go away, and it usually requires monitoring. But the good news is that it is more of a risk factor than an actual medical issue. Most people with MGUS don’t go on to have problems from multiple myeloma or other types of blood cancer. 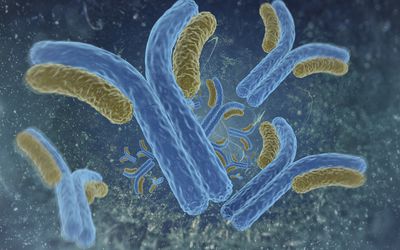 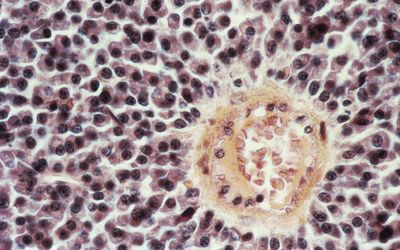 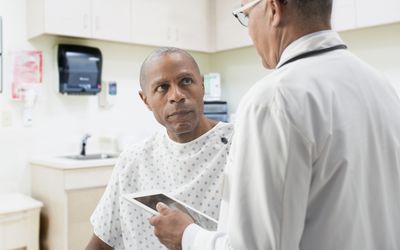 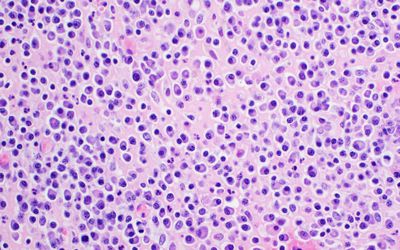 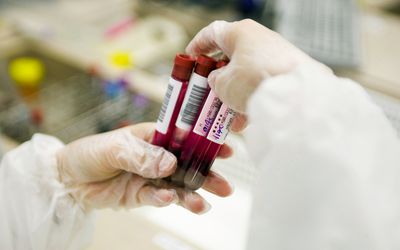 What Is POEMS Syndrome? 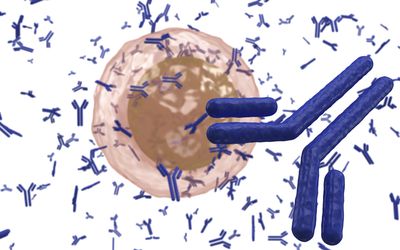 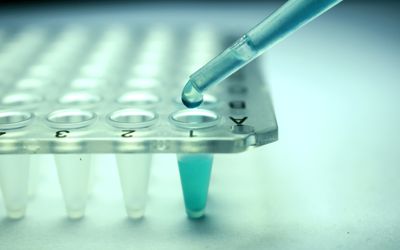