Geralyn is a Licensed Mental Health counselor and wellness content writer. She has experience providing evidence-based therapy in various settings and creating content focused on helping others cultivate well-being.

Mood involves a subjective emotional state that persists for a period of time. In bipolar disorder, mood-congruence or incongruence describes symptoms of psychosis that are in alignment or in conflict with a person’s mood state. When psychotic symptoms are present, it's important to determine whether they are mood-congruent or incongruent.

Read more to learn about psychosis in bipolar disorder, including mood-congruent and incongruent features.

Psychosis is defined by a loss of touch with what is real. It is a symptom of psychotic disorders and can be present in mood and other psychiatric disorders.

Individuals with bipolar disorder can have psychotic symptoms such as hallucinations, delusions, or disorganized thoughts and speech during a bout of mania (a heightened, elevated mood) or depression.

Symptoms associated with psychosis in bipolar disorder include:

When psychotic symptoms are mood-congruent, the content of a person’s delusions or hallucinations aligns with the person’s mood state.

There is often a sense of grandiose or inflated sense of self-esteem with mania, while depressive episodes can involve sadness, powerlessness, guilt, shame, and other difficult emotions.

During a manic episode, examples of mood-congruent psychotic features could include a person believing they have superpowers or are best friends with a celebrity. Conversely, beliefs of having committed some unforgivable crime or hearing voices criticizing them can present during depression.

With mood-incongruent symptoms, the content of a person’s delusions or hallucinations does not match their mood. For instance, a person may believe they are being targeted, persecuted, or controlled during a depressive episode.

Mood-incongruent features may be associated with a poorer prognosis and response to treatment, so it's essential to monitor symptoms and share information with medical and mental health providers to support the best outcomes for stabilization and treatment.

Mood-congruence and incongruence are associated with learning, memory, and the speed of information processing.

Research indicates that people with bipolar disorder (during a depressive or manic episode) have a bias in their attention based on their mood. In other words, a person who is manic is more likely to attend to a face with a euphoric expression than one with a sad demeanor.

There is also research supporting individuals processing content more quickly and prioritizing content that aligns with their mood state.

Why Does It Happen?

Approximately half of the people living with bipolar disorder will experience psychotic symptoms. Hallucinations, delusions, or a combination of both can accompany other symptoms of bipolar disorder.

Hallucinations are the perception or experience of something that is not actually present. They can be sensory, auditory, or visual in nature, meaning a person’s sense of sight, sound, hearing, taste, smell, and touch can be involved.

The content of a hallucination can vary and be pleasant, neutral, or frightening.

Delusions are thoughts or false beliefs that are not rooted in reality. A person may continue to hold these fixed beliefs even when they are presented with evidence to the contrary.

Themes that can occur in delusions include the belief that one is being persecuted or at risk of harm, has special abilities or elevated status, believes major events or situations are directed at themselves, or that another person has romantic feelings for them.

The main features of bipolar disorder are mood episodes characterized by mania, hypomania, or depression, while delusions, hallucinations, and disorganized thoughts and speech are key features of schizophrenia.

Research indicates psychotic symptoms in bipolar disorder as being more typically mood-congruent and lasting for shorter periods of time when compared to presentation in individuals with schizophrenia.

Medication, therapy, or a combination of both can help patients manage shifts in mood or psychotic symptoms that can accompany bipolar disorder.

Key goals in treatment may vary from patient to patient, but often include psychoeducation, stabilization of mood, reduction in psychotic symptoms (if present), safety planning, and developing coping skills.

Mood stabilizers and antipsychotics may be prescribed to treat bipolar disorder symptoms.

Adherence to medication can help get symptoms to a manageable level for patients and aid in periods of recovery.

Talk therapy can be effective in treating people with bipolar disorder. Therapy creates an opportunity for patients to:

Forms of therapy utilized in the treatment of bipolar disorder may include cognitive behavior therapy, family-focused therapy, interpersonal and social rhythm therapy, and techniques from dialectical behavior therapy.

Advice for Loved Ones

Witnessing a loved one’s struggle with symptoms of bipolar disorder can be challenging and worrisome, but there are things you can do to be there for them.

If you or someone you know are having suicidal thoughts, dial 988 to contact the 988 Suicide & Crisis Lifeline and connect with a trained counselor. If you or a loved one is in immediate danger, call 911.

Mood-congruence or incongruence relates to symptoms of psychosis that either align or conflict with a person’s mood. Psychotic symptoms can influence a person’s ability to function in daily life. Treatment is available to help people with bipolar disorder manage these symptoms.

Psychotic symptoms that accompany bipolar disorder can be a frightening experience. Hallucinations and delusions can be jarring and significantly affect your quality of life.

Treatment with medication and therapy are the primary methods for managing symptoms. In addition, working with a care team can help you identify and establish a routine with activities and strategies to support your well-being.

By Geralyn Dexter, LMHC
Geralyn is passionate about empathetic and evidence-based counseling and developing wellness-related content that empowers and equips others to live authentically and healthily. 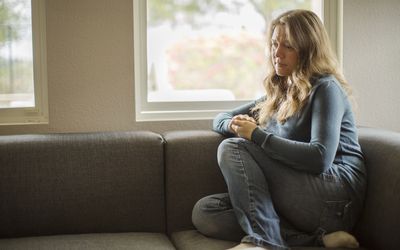 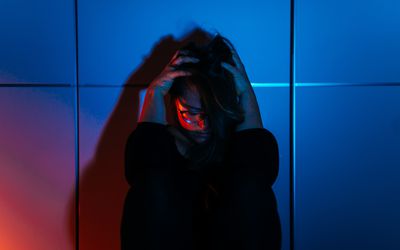 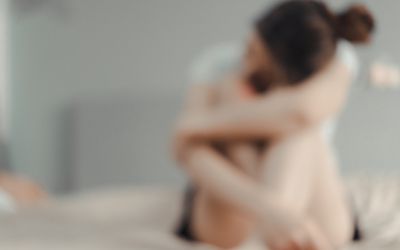