Multiple sclerosis (MS) and rheumatoid arthritis (RA) are both autoimmune diseases that develop in similar ways. An autoimmune disease occurs when the immune system mistakes healthy cells for foreign pathogens and attacks them. While MS and RA can appear similar, the two have distinct differences.

MS targets the brain and spinal cord, attacking the myelin sheath, which is the protective coating found on nerves. RA mainly targets the cartilage in the joints. In some cases, the two diseases can occur simultaneously, which causes confusion in diagnosis and treatment.

This article discusses the similarities and differences between MS and RA, as well as the diagnostic tools used to determine whether a person has MS, RA, or both.

Both MS and RA have similar disease progression and are often considered the most disabling autoimmune diseases. Similarities between the two diseases include:

Because of the similarities between the two diseases, they are sometimes referred to as “siblings.”

When to Consult a Healthcare Provider

If you experience early signs of MS or RA, see a healthcare provider. MS symptoms, such as weakness, fatigue, tingling, and numbness, and early signs of RA, such as fatigue, swelling, pain, stiffness, and tenderness in the joints, should be evaluated by your provider.

The main difference between MS and RA is the area of the body affected by each. In RA, the joints are affected. In MS, there is damage to the central nervous system, which consists of the brain and spinal cord.

The symptoms that occur in both can also differ, although some are the same. The differing symptoms of RA and MS include:

Diagnosing MS and RA can be a complicated process, because healthcare professionals have not yet developed one specific test for either condition. Typically, diagnosis can only be done by gathering information from various types of lab tests, as well as physical findings and self-reported symptoms.

The main goal after diagnosing either condition is to investigate:

Remission is a period when the symptoms of disease go away completely or are reduced.

Why Is Early Diagnosis Important?

Since both conditions worsen over time, an early diagnosis is important because it leads to early treatment. The faster treatment begins, the better chance people have at slowing the progression of the disease.

Both MS and RA are autoimmune diseases. The immune system mistakes healthy parts of the body for foreign invaders and begins to destroy them. There are several similarities between the two diseases, such as some symptoms, the type of problems that develop, and how it progresses over time.

However, there are also some differences, including the typical symptoms and the body areas affected. The best way to tell the difference between the two diseases is to judge your symptoms. RA will be most present in the joints, whereas MS can cause symptoms in many areas of the body.

Healthcare providers have to use symptoms, physical attributes of the diseases, and the results from various lab tests to diagnose either condition. An early diagnosis can help reduce disease progression and limit a person's risk of suffering from debilitating symptoms later on.

Having an autoimmune disease such as MS or RA can be difficult to cope with, because they get worse over time. Remember that both diseases are treatable, and slowing the progression is possible. If you have symptoms of either disease or both, see your healthcare provider for a prompt investigation. MS and RA are similar, but not the same, and it's essential to know what you have for the best possible treatment. 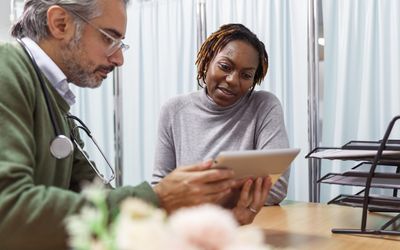 Multiple Sclerosis vs. Rheumatoid Arthritis: What Are the Differences? 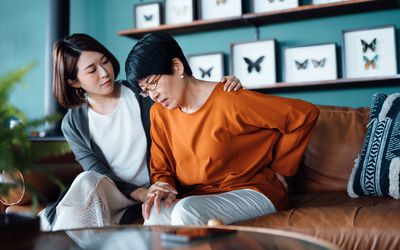 Multiple Sclerosis vs. Reactive Arthritis: What Are the Differences?