Sherry Christiansen
Sherry Christiansen is a medical writer with a healthcare background. She has worked in the hospital setting and collaborated on Alzheimer's research.
Learn about our editorial process
Medically reviewed
Verywell Health articles are reviewed by board-certified physicians and healthcare professionals. These medical reviewers confirm the content is thorough and accurate, reflecting the latest evidence-based research. Content is reviewed before publication and upon substantial updates. Learn more.
by
Gagandeep Brar, MD

The prognosis for multiple myeloma has continued to improve as the number of effective treatment has increased in recent years. Some tests can predict the prognosis, the stages of the disease, survival rates, and more.

The course of multiple myeloma can be predicted by observing and following several specific lab studies, which help to determine the extent of the disease, the response to therapy, as well as the overall health of the person with myeloma. These study findings are sometimes referred to as "prognostic indicators."

Once a diagnosis is made, these prognostic indicator tests can provide a baseline for charting disease progression and response to treatment. It’s vital that the baseline lab tests are conducted early in the course of the disease in order to help predict the best course of treatment, according to the Multiple Myeloma Research Foundation. Baseline lab tests include:

These tests and potential test results, of course, should be carefully discussed with your doctor or healthcare professional—they can best inform you of your specific prognosis based on your individual case.

Each person with multiple myeloma will respond differently to treatment. After undergoing therapy, most of the unhealthy myeloma cells are often killed. The number of cells remaining after treatment is referred to as minimal residual disease (MRD). In time, these remaining cells will grow and divide, causing relapse.

Measuring the residual myeloma cells will help the healthcare provider to determine how well treatment is going.

A person who is deemed as having a complete response to treatment (called MRD or minimal residual disease), is considered to have a greater survival rate. It’s important to note that this is a new and exciting area of research for the treatment of multiple myeloma.

In fact, the Food and Drug Administration (FDA) approved MRD testing in September 2018 for patients with multiple myeloma or acute lymphoblastic leukemia.

Relapsed (recurrent) multiple myeloma is the term used when the disease returns after treatment or remission. Most people who have myeloma will experience relapse, even after what is considered successful treatment. This is because there is currently no cure for the disease.﻿﻿

Another important related term is “refractory multiple myeloma.” This refers to a situation in which the cancer is not responding to treatment. It’s common that myeloma responds initially to treatment, but then after a period of remission, no longer responds favorably to that same type of therapy.

A specialist may also have more access to the latest information on clinical trials for new and improved treatment modalities for myeloma.

The median age that a person is diagnosed with myeloma is 69 years old. However, a younger person with the disease has a higher life expectancy, according to Cancer Research UK. In fact, the specific age group that reportedly has the highest survival rate is from 15 to 49 years old, says one report compiled in England involving statistics from 2009 through 2013.

There are several reasons that young people are thought to survive longer with multiple myeloma than those who are older. One reason is that the immune systems are stronger in those who are younger. Younger people also tend to be able to endure treatment (such as chemotherapy) better than older patients.

Finally, those who are older tend to have more co-morbidity (a term that refers to a person with multiple conditions at one time).

Once a person is diagnosed with myeloma, the healthcare provider will determine the stage of the disease as stage 1, stage 2, or stage 3. The stages are determined by interpreting lab tests, conducting a bone marrow biopsy, and by evaluating imaging tests (such as X-rays).

The earlier the stage at diagnosis, the more favorable the outlook. Note, at stage 3 the disease is its most aggressive state and has begun to adversely affect the organs (such as the kidneys) and the bones (bone tumors or destruction of bone tissue).

Smoldering multiple myeloma (SMM) is one form of the disease that occurs in some people. This stage of myeloma involves serum M-protein levels below 3 grams per liter (g/L), or less than 10 percent monoclonal plasma cells in the bone marrow and no signs of organ damage, bone lesions, or anemia. (M-proteins and monoclonal plasma cells are abnormal antibodies produced by the cancerous cells.)

This form of the disease can last for five to 10 years, sometimes even up to 20 years, before symptoms begin.

Today’s standard treatment for smoldering myeloma is to simply observe the condition without any type of medical intervention or to enroll the patient in clinical research studies. However, offering early intervention (treatment) for those with SMM is becoming an increasingly important topic as reports of new scientific data are beginning to emerge.

These reports show that early therapy in SMM patients results in improved overall survival (OS) rates, and increased progression-free survival (PFS) rates. Some medical experts compare the SSM stage of myeloma to the early stages of a tumor that has not yet metastasized—both are times when early treatment is most effective.

Since multiple myeloma is such a rare blood disorder, many hematologists (blood specialists) very rarely treat patients with the disease. However, some statistics have shown a significant increase in life expectancy for those who are receiving treatment for myeloma from a specialist.

You can find a list of myeloma specialists across the country, listed by your state here.

Multiple myeloma is a rare blood cancer which healthcare providers and researchers are still learning about—though there is no cure, there are important steps to take. Early intervention and early treatment are key. If you or someone you love has myeloma, be sure to seek out a healthcare provider who specializes in blood disorders. Though there is still much to be uncovered about this cancer type, today's research will hopefully equip specialists with more knowledge, leading to more informed diagnoses and prognoses.

An Overview of Multiple Myeloma
12 Sources
Verywell Health uses only high-quality sources, including peer-reviewed studies, to support the facts within our articles. Read our editorial process to learn more about how we fact-check and keep our content accurate, reliable, and trustworthy.
Additional Reading 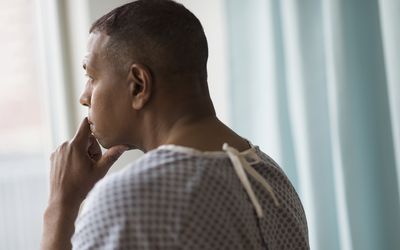 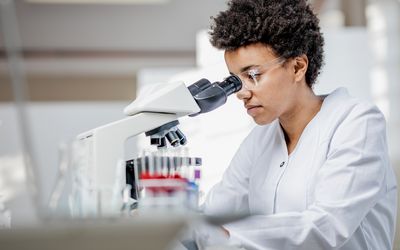 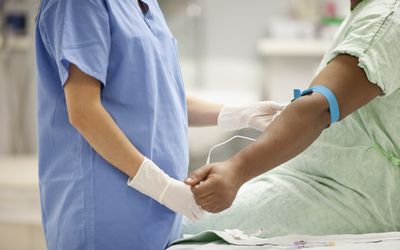