Multiple system atrophy (MSA) is a disorder which causes multiple parts of the nervous system to degenerate. The older names for MSA include three syndromes: Shy-Drager syndrome, striatonigral degeneration, and olivopontocerebellar atrophy. MSA is a progressive disease affecting the ​autonomic nervous system, the part of your body that controls unconscious actions like blood pressure, digestion, and breathing.

MSA affects anywhere from two to 15 individuals per 100,000. It can take a while to receive an MSA diagnosis because of the similarities between MSA and other conditions, such as Parkinson's disease. MSA is usually diagnosed around 50 years of age and is seen in people of all ethnic backgrounds. Once symptoms begin, the disease tends to progress quite rapidly.

MSA symptoms stem from the loss of nerve cells in the nervous system including the basal ganglia and cerebellum. What causes this loss of nerve cells is still unknown. Many people with MSA first notice symptoms such as urinary incontinence, erectile dysfunction in men, drop in blood pressure when standing (orthostatic hypotension), fainting, and constipation. As symptoms progress, they typically fall under one of two groups:

Other symptoms associated with MSA include difficulty speaking or swallowing, sleep apnea, and cold hands. Some people may also develop a sleep disorder, muscle and tendon shortening, Pisa syndrome -- where the body appears to lean to one side, involuntary sighing, and antecollis -- which occurs when the neck bends forward and the head droops down.

How MSA Is Diagnosed

It can be very difficult to distinguish MSA from Parkinson’s disease. One way to differentiate between the two is to look at how quickly the disease progresses. MSA tends to progress faster than Parkinson's does. Many people with MSA will need an assistive device, like a wheelchair or cane, within several years of being diagnosed.

Another way to differentiate between the two is to treat for Parkinson's. MSA does not respond well to levodopa, the medication that is used to treat Parkinson’s. Unfortunately, an autopsy is the only way to definitively diagnose MSA. Specialized testing, such as a PET scan (positron emission tomography), can rule out other types of rare neurological disorders.

Currently, there is no cure for MSA, nor are there any treatments specifically designed to reverse or stop disease progression. Some aspects of the disorder are debilitating and difficult to treat. Movement disorders can be treated with levodopa and carbidopa (Sinemet), but this usually has limited results.

Other medications such as trihexyphenidyl (Artane), benztropine mesylate (Cogentin), and amantadine (Symmetrel), may also offer some symptom relief. Several medications exist to treat orthostatic hypertension (drop of the blood pressure when standing up)—fludrocortisone midodrine, and droxidopa. Physical and occupational therapy, including aqua therapy, can help maintain muscle function, and speech therapy can help improve any difficulties swallowing or speaking.

Little is known about the mechanisms at work in multiple system atrophy. Researchers at the National Institute of Neurological Disorders and Stroke (NINDS) are currently trying to figure out why the protein alpha-synuclein builds up in the glial cells (cells that provide protection for neurons in the nervous system) of people with MSA and the neuronal (nerve) cells of people with Parkinson’s disease. A clinical trial tried using the drug rifampicin to slow down disease progression, but the treatment was ineffective. Data from this study is now being used in other MSA studies. 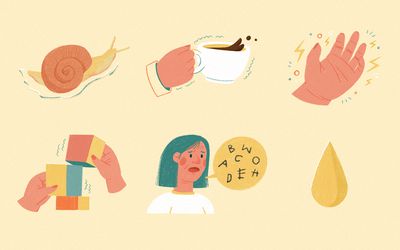 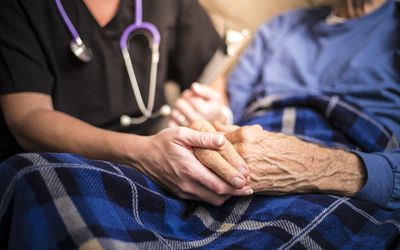