The Function and Dysfunction of Nerve Insulation

The myelin sheath is the protective, fatty coating surrounding your nerve fibers, similar to the protective insulation around electrical wires. This coating enables the electrical impulses between nerve cells to travel back and forth rapidly. When myelin becomes damaged, these electrical signals are interrupted and may even stop altogether.

Myelin is created by specific types of glial cells. In the CNS, glial cells are oligodendrocytes; in the PNS, they are Schwann cells.

If you've ever noticed the jerky, sudden movements babies make, this is because their myelin sheaths aren't fully developed at birth. As they get older and the myelin matures and builds up, their movements become smoother and more controlled. This process continues through adulthood.

In a healthy person, nerve cells send impulses to each other along a thin fiber that's attached to the nerve cell body. These thin projections are called axons and most of them are protected by the myelin sheath, which allows nerve impulses to travel rapidly and effectively. Myelin is vital to a healthy nervous system, affecting everything from movement to cognition.

In multiple sclerosis (MS), the most common disease﻿﻿ associated with myelin damage, immune cells attack myelin—and eventually, the axons—in the brain and spinal cord. Repeated attacks eventually lead to scarring. When myelin is scarred, nerve impulses cannot be properly transmitted; they either travel too slowly or not at all. Eventually, axons degenerate as a result of the chronic myelin loss, leading to nerve cell death.﻿﻿

Demyelination is the term used to describe the destruction of the myelin sheath, the protective covering surrounding nerve fibers. This damage causes nerve signals to slow down or stop, resulting in neurological impairment.

In addition to the variable sites of immune system attacks in your brain and spinal cord, the timing of these attacks is also unpredictable, though there are potential triggers like stress or the postpartum period.

Other than multiple sclerosis, damage to myelin can be caused by any number of common and uncommon conditions. These include:﻿﻿

The most common demyelinating disease of the central nervous system is multiple sclerosis,﻿﻿ but others include:

The causes of these conditions are unknown. Some, like neuromyelitis optica, ADEM, optic neuritis, and transverse myelitis, are believed to be autoimmune, indirectly damaging the myelin sheath as a result of an abnormal immune assault.﻿﻿

There are also demyelinating conditions that mainly affect myelin in the peripheral nervous system, including:

There are also rare genetic disorders in which a breakdown of myelin or a defective myelin sheath can cause permanent neurological damage. These include:﻿﻿

Current therapies for multiple sclerosis target your immune system. While they have been found to decrease the number and severity of MS relapses, there's still no cure for MS. But now, experts are examining therapies that target myelin.

While current disease-modifying MS therapies focus on how to prevent your immune system from attacking myelin, scientists are looking into how myelin can be repaired once it has been damaged by the immune system. The hope is that if myelin is repaired, your neurological function may be restored and your MS will stop getting worse—or at least slow down.

The good news is that some studies have already shown that preserving and restoring the myelin that surrounds axons can increase nerve cell survival.﻿﻿ Since your MS-related disability is linked to the degree of nerve cell death, by repairing myelin and protecting nerve cells, experts hope to eventually be able to stop the progression of disability in people with MS.

Among the current investigations, a 2017 study published in Lancet suggested that an over-the-counter allergy drug called clemastine fumarate (sold under the brand names Tavist, Dayhist, and others) may promote myelin repair in the brains of people with MS.﻿﻿

In the study, 50 people with relapsing MS and optic nerve damage were given either a twice-daily dose of clemastine or a placebo for 150 days. After 90, participants switched therapies, meaning those who given clemastine were now taking a placebo for the final 60 days of the study.

The participants underwent visual evoked potentials, which measure signal transmission from the retina of the eye through the optic nerve to the visual cortex, the region of the brain that processes images (converting what one sees into an actual picture).

Results revealed that the delay in visual evoked potentials was reduced by 1.7 milliseconds per eye for the time that people were being treated with clemastine. This reduction in the nerve transmission delay suggests that myelin repair occurred along the optic nerve signaling pathway.

Other Drugs Under Investigation

Other early studies are recruiting patients or are currently underway regarding medications that may help promote myelin repair and protect nerve cells in the central nervous system. There are a number of treatments being studied, but some examples include: 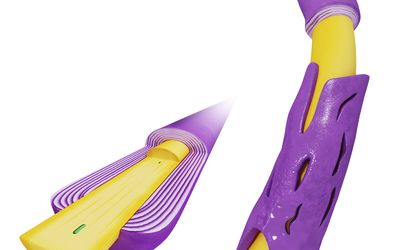 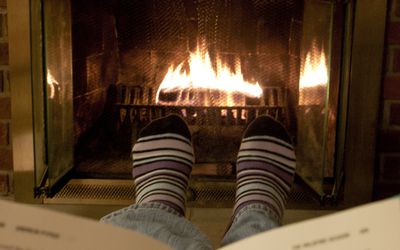 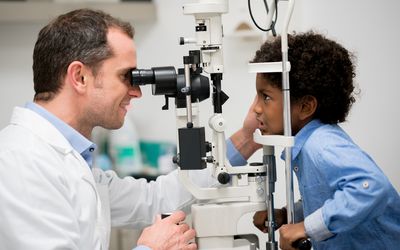 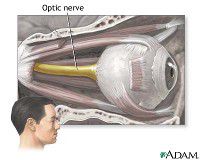