In the United States, Pfizer's shot is the only vaccine that is currently authorized for use in people under the age of 18. However, other countries are reconsidering their use of Moderna's vaccine in light of the reports of heart inflammation.

For example, several countries in Europe—including Sweden and Norway—have recommended against the use of the Moderna vaccine in males depending on their age.

The symptoms of both conditions can include chest pain, a rapid heartbeat or heart palpitations, shortness of breath, fever, and fatigue.

Two recent studies—neither of which has been peer-reviewed yet—have suggested that there might be an increased risk of heart inflammation in young males that get Moderna's COVID shot.

One of the studies, which was done in France, involved data from the records of France's National Health Data System and national systems on vaccinations.

The data showed that 919 cases of myocarditis and 917 cases of pericarditis occurred in people aged 12 to 50 years in France during the study period. For the analysis, each case of heart inflammation was matched to a control group.

The researchers noted there was an increased risk of myocarditis or pericarditis within seven days of vaccination with either of the mRNA vaccines. However, the association was stronger in the people who had received the second dose of Moderna’s vaccine compared to the second dose of the Pfizer vaccine.

The researchers found that the association between the mRNA vaccines and heart inflammation was “most marked” in young men under the age of 30, especially in those who had received their second dose of Moderna's vaccine.

While the researchers did observe a higher risk among people that got the Moderna shot, it was still a relatively small risk. There were 13.3 cases of myocarditis per 100,000 in people 12 to 29 years old who got Moderna’s vaccine compared to 2.7 cases per 100,000 people in that age group that got the Pfizer vaccine.

The authors concluded that heart inflammation after getting the Moderna COVID vaccine "appears infrequent in relation to the number of doses administered."

Is There a Link Between COVID Vaccines and Heart Inflammation in Teens?

The other study evaluated reports of inflammatory heart conditions in people who received one of the two mRNA vaccines in the World Health Organization’s (WHO) global safety database (VigiBase), up to the end of June 2021.

The authors concluded that even though they did observe more cases of myocarditis in young men that had received an mRNA COVID vaccine, the "reporting rates support a very rare risk" and that the risk "does not seem to compromise the largely positive benefit-risk balance of these vaccines."

How Much Risk Is There?

Hana El Sahly, MD, told Verywell that “the incidence of myocarditis after mRNA vaccines remains very low" and that it "occurs more in adolescent and young persons" usually "after the second dose" of the vaccine.

Amesh Adalja, MD, a senior scholar at the Johns Hopkins Center for Health Security, told Verywell that "it is a real risk, but it is a manageable risk. Adalja said that physicians should counsel young male patients about this risk with the vaccine “because there's always going to be a risk-benefit trade-off.”

Experts also want to make sure that people know that most cases of myocarditis that have been seen after a COVID-19 vaccination have been very mild.

Adalja said that while “people may get admitted to the hospital because people get admitted when they have heart inflammation," the cases "tend to be very mild" and "something that people recover from without any untoward effects."

Adalja said that one way to mitigate the risk of heart inflammation is to offer patients a vaccine other than Moderna because, while "the risk may not be incredibly lower for the Pfizer vaccine," the side effect has not been seen in people who got the Johnson & Johnson COVID vaccine.

Both the Moderna and Pfizer vaccines are made using messenger RNA (mRNA) technology. The Johnson & Johnson COVID-19 vaccine uses a viral vector.

Another mitigation strategy would be to give only one dose of an mRNA vaccine. Adalja said that this strategy could work because you could give a person the first dose "because that's not the major risk anyway" and that the initial shot will "give them some modicum of protection against COVID-19 and a very low risk for myocarditis.”

“There is a hypothesis which is gaining more traction that it's the spacing of the vaccines," said Adalja. "The first and second doses of the mRNA vaccines are spaced 3 and 4 weeks apart and that may be what leads to kind of an overactive immune response.”

It is a real risk, but it is a manageable risk.

It's also important to note that the risk of heart inflammation is not universal. According to Adalja, “it seems to be something that is almost exclusively restricted to males that are in their late teens to twenties."

However, the French study noted that cases had also occurred in women—though more often after their first dose of the Moderna vaccine rather than after the second dose.

In light of the findings, Adalja emphasized that healthcare professionals need to "take into account the age of the patient" when assessing risk. For example, "if this is a 6-year-old girl, it's probably not a major risk—or even a 6-year-old boy. But if it's a 17-year-old-boy, there's a greater risk there than if it's a 47-year-old male."

Why myocarditis and pericarditis are happening after vaccination with the Moderna and Pfizer vaccines is not known, but El Sahly said that “the cause of myocarditis post mRNA vaccine is a topic of research now."

Adalja reaffirmed that "the goal of the vaccines is to prevent serious illness, hospitalization." It's also important for the public to understand that COVID can also lead to heart inflammation. Adalja said that the incidence of myocarditis after infection with COVID is, in fact, greater than that seen with vaccination.

El Shaly added that all and all, "these two vaccines are saving lives and the risk-benefit ratio is highly in favor of vaccinating the unvaccinated."

Early data has indicated that young men who get fully vaccinated with Moderna's COVID shot might be more at risk for developing heart inflammation (such as myocarditis). However, the cases have typically been mild.

Experts want to remind people of the importance of getting vaccinated, as well as highlight that the risk of getting heart inflammation from COVID is actually greater than the risk associated with getting one of the mRNA COVID vaccines. 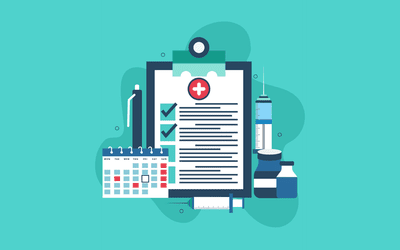