Myolysis: Everything You Need to Know

Learn about our editorial process
Medically reviewed
Verywell Health articles are reviewed by board-certified physicians and healthcare professionals. These medical reviewers confirm the content is thorough and accurate, reflecting the latest evidence-based research. Content is reviewed before publication and upon substantial updates. Learn more.
by
Jennifer Schwartz, MD

Myolysis is a procedure that shrinks uterine fibroids by destroying the muscle fiber that they are made of. This is done either by using a laser, extreme cold, an electric current, or high-frequency ultrasound.

Myolysis is less invasive than other ways of treating uterine fibroids, including myomectomy or hysterectomy, but it is not recommended for people who want to be pregnant in the future since it can cause uterine scarring. It's also not a permanent solution—most women who have myolysis will need surgery again in the future.

Here’s what you should know about myolysis surgery, including how to prepare, what to expect from recovery, how the procedure will affect your long-term health, and whether myolysis is a good fit for you.

Myolysis is the process of removing muscle fiber. In this case, the term refers to the removal of the muscle fiber that fibroids are made of. During a myolysis procedure, patients are usually under general anesthesia. A small incision is made through the abdomen or the vagina, and the surgeon will use a camera to conduct the surgery through laparoscopy. During the procedure, an instrument is inserted into or near the fibroid to kill off the muscle tissue.

This is done using various means, including:

During this procedure, a doctor uses magnetic resonance imaging (MRI) to guide a high-frequency ultrasound beam, which kills the fibroid through heat.

Unlike traditional myolysis, this is an outpatient procedure that takes about three to four hours. However, like myolysis, it’s not recommended for people who want to have children in the future.

Myolysis is a good treatment option for people who:﻿﻿

Studies have shown that myolysis is effective at shrinking fibroids and reducing symptoms. This includes MRgFUS.

Compared with other fibroid treatment options, myolysis is less invasive and less likely to lead to complications. Still, since fibroids are likely to recur in women who have a history of them, roughly 59% of women who have myolysis will need additional surgery within five years.

Despite the promise of myolysis, this is a relatively new procedure. Myolysis was first developed in the 1990s, and there is a need for more research concerning outcomes and side effects. Because of this, myolysis—especially MRgFUS—is considered experimental.

You should check with your insurance company to ensure that the procedure is covered if your doctor recommends it.

If you are not comfortable with the idea of myolysis, you might consider these alternative treatments for fibroids:

Both an ablation and a fibroid resection are considered minimally invasive procedures, and neither should be particularly painful. Things to consider include:

Why do I have fibroid tumors after ablation?

An ablation does not remove fibroids. It is designed to reduce heavy bleeding, which is a common and disruptive symptom of fibroids. If you want your fibroids removed entirely you should consider a procedure other than an ablation.

What are the treatment options for fibroids?

Treatments for fibroids range from medications to surgery. The only surefire way to remove fibroids is to have a hysterectomy. Oftentimes, fibroids recur with other treatment options, although most people also experience reduced symptoms following any procedure.

The different nonsurgical fibroid treatments have different benefits and drawbacks. To determine which will work best for you, you should talk to your doctor about the specifics of your case.

Uterine fibroids can be uncomfortable and frightening. However, they are very common. If you are experiencing fibroids, your doctor can guide you through the treatment options that are best for you. Your treatment plan will take into consideration whether you want to get pregnant in the future and the types of symptoms that your fibroids are causing.

Since treating fibroids can be complicated, it’s best to have a candid conversation with your doctor. If you don’t feel confident in your treatment plan, never hesitate to seek a second opinion. 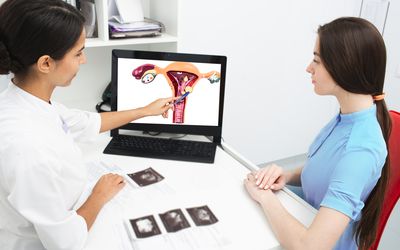 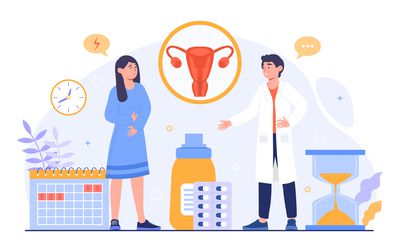 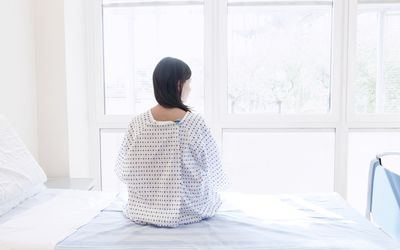