Breathing Difficulties May Be a Sign of Airflow Obstruction

The nasal valve is the narrow area in the nasal cavity through which air passes. It refers to the opening from the middle to the bottom of the nose. When this passage becomes blocked, it’s a condition known as nasal valve collapse.

The nasal valve is the narrowest part of the nasal airway, and there’s naturally a great deal of airflow resistance. If any weakness or further narrowing of the nasal valve occurs, it can block airflow and cause shortness of breath. A nasal valve collapse can be treated surgically and non-surgically to prevent or correct breathing problems.

The nasal airway is anatomically complex since it’s made up of several structures, including:

Overall, the nasal valve is divided into two sections, which means that there are two types of nasal valve collapse:

Most people with a nasal valve collapse also have a deviated septum, which occurs when the cartilage and bone that separates the nasal cavity are not straight, so one nasal passage is smaller than the other.

Trauma to the nose can cause a deviated septum and lead to nasal valve collapse, or such injuries could directly result in an internal or external nasal cavity collapse.

However, nasal valve collapse most frequently occurs as a result of cartilage being weakened from rhinoplasty (plastic surgery to the nose).

Trauma or nose surgery can cause nasal valve collapse as a result of inflammation, enlarged tissue, or possibly the formation of scar tissue in the nasal passages.

Nasal valve collapse can also occur without any trauma or history of nose surgery, and may actually be the result of inherited anatomical characteristics such as:

You may be more likely to develop nasal valve collapse as you age since the structures that make up the nasal valve naturally weaken with time.

With a nasal valve collapse, your breathing is obstructed and you have to work harder to get air into your lungs through the nose.

This leads to nasal valve collapse symptoms such as:

Symptoms of nasal valve collapse are graded based on a scale known as the Nasal Obstruction Symptom Evaluation (NOSE) scores. This looks at the degree that you experience nasal congestion, blocked nasal passages, trouble breathing through the nose, trouble sleeping, and problems getting air through the nose during exercise.

It's a difficult diagnosis to make, especially since an enlarged turbinate or deviated septum can cause the same symptoms and may be overlapping conditions. Your medical history can be important in obtaining a diagnosis, particularly if you have had a history of nasal surgeries.

To examine the nose, your healthcare provider may conduct an endoscopy. Several more complicated nasal valve collapse tests may be done as well, such as:

There are a number of ways that healthcare providers relieve symptoms and correct cosmetic problems related to nasal valve collapse.

The most common treatment for nasal valve collapse is surgery. Specifically, a collapse of the nasal valve is usually corrected via structural cartilage grafting, which requires your surgeon to take cartilage from one part of your body and place it along the nasal valve to reinforce that structure.

A procedure known as alar batten grafting is the most common surgical approach. Surgeons place a thin piece of cartilage or bone over the sidewall of the nasal passage to strengthen it.

In addition to grafting, newer procedures involve placing an implant in the nose. These implants can reduce symptoms and maintain the valve walls' shape. More research is needed, though, to understand how effective this treatment is compared to grafting.

Along with fixing the structure of the valve, surgeons may need to repair issues that contributed to the collapse of the nasal valve.

These procedures may include:

Like all operations, surgical repair of a nasal valve collapse does carry some risks. These include general surgical risks related to anesthesia or infection.

Additional things to be aware of include:

If the damage to your nasal valve is minor or if you want to delay surgery, you may be able to manage the symptoms with an over-the-counter nasal decongestant that contains pseudoephedrine, which will decrease swelling in the nose and allow you to breathe more easily.

Breathe-Rite strips, one over-the-counter option, are adhesive strips that can be stretched across the nose. They then open the valves and improve breathing by pulling on the outside skin of the nose. Other dilators are made of silicone and are worn internally.

The use of nasal valve dilators as a therapy or treatment for nasal valve collapse has not been adequately studied at this time.

Surgery for nasal valve collapse is a one-day procedure. Your surgeon will instruct you to limit activity for several days or weeks after, but, in general, you should be able to return to all activities within a few weeks.

There may be pain and swelling after nasal valve collapse surgery, but this should be manageable with medication. You may bleed for a short time as well. It can take up to a full year for all of the swelling to go down.

How to Correct Surgical Problems 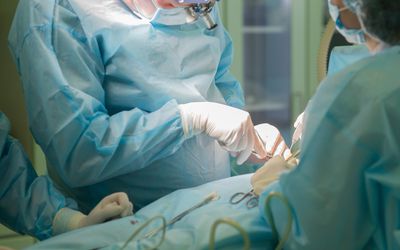 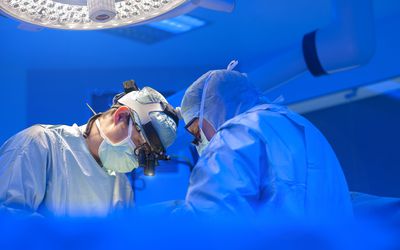 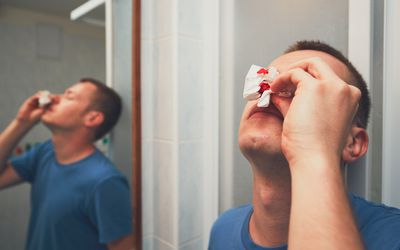 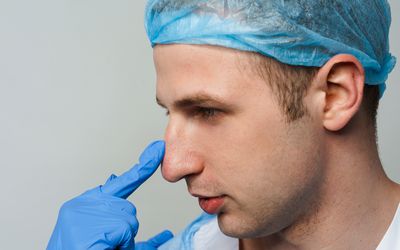 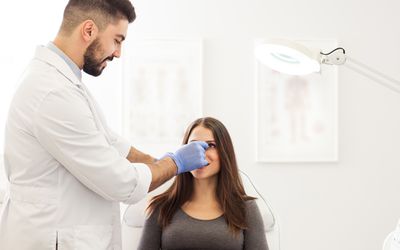 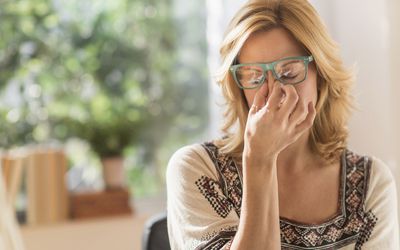 What Is Postnasal Drip? 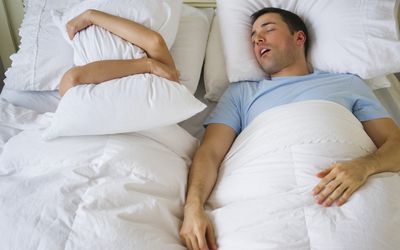 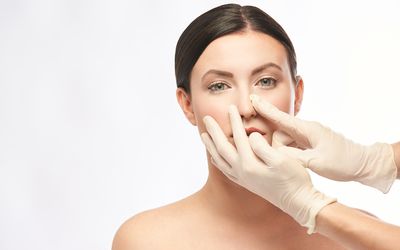 Septoplasty Surgery: How to Prepare