Bacterial overgrowth in the small intestine is a condition that may affect a person for years without causing obvious symptoms. The condition is associated with chronic digestive problems such as gas and bloating. It can also cause diarrhea or constipation. People may be told they have irritable bowel syndrome (IBS) instead of bacterial overgrowth.

The most common way of getting rid of bacterial overgrowth in the small intestine is to:

Having too much bacteria in the small intestine may make it difficult for your body to absorb nutrients. It may lead to problems digesting and absorbing fat and carbohydrates. This results in carbohydrate fermentation in the intestines and the following:

According to alternative medicine healthcare providers, sweets and starchy foods cause the worst symptoms.

Toxic metabolic substances produced by the bacteria may injure cells inside the intestine and interfere with absorption. This results in nutrient deficiencies, food allergies and intolerances, and impaired digestive enzyme activity.

The small intestine normally contains relatively small numbers of bacteria. However, some alternative medicine healthcare providers believe that certain things may cause too much bacteria to grow inside you. The following may cause bacteria overgrowth:

Other possible causes include immune deficiency, a lack of pancreatic enzymes, stress, insufficient dietary fiber, and certain medications such as steroids, antibiotics, and birth control pills.

If you have bacterial overgrowth, you may have some of the following symptoms:

Due to a lack of research, not much is known about this condition. While antimicrobial drugs may be prescribed, the condition isn't always recognized by healthcare providers.

According to alternative medicine healthcare providers, there are three parts to the natural treatment of bacterial overgrowth:

Enteric-coated peppermint oil is one of the more common supplements for small intestine bacterial overgrowth. The course of treatment is usually one to six months.

A typical dose of enteric-coated peppermint oil is one to two capsules three times a day. It should be taken in between meals with a glass of water.

Side effects can include:

Other herbal antimicrobials used to treat bacterial overgrowth may include:

During treatment, alternative medicine healthcare providers usually recommend going on a diet that limits the amount of sweet and starchy foods you eat. One such diet is the specific carbohydrate diet.

This diet restricts grains, starchy vegetables, and some legumes. It was created to treat digestive disorders such as bacterial overgrowth, Crohn's disease, and ulcerative colitis.

The following are other tips you can use to naturally treat bacterial overgrowth:

There are certain tests an alternative natural health provider can give you to see if you have bacterial overgrowth. The "gold standard" test is to take bacterial cultures of small intestine fluid. The healthcare provider gets a sample of the fluid by performing an esophagogastroduodenoscopy (EGD).

Another common test is the lactulose hydrogen breath test, which is less invasive. Lactulose is a non-absorbable sugar that's fermented by intestinal bacteria. This results in the production of hydrogen. If there is a bacterial overgrowth, fasting hydrogen levels will be high. In addition, after swallowing glucose, there will be a large rise in hydrogen.

Some alternative health providers will give you the Schilling test (for a vitamin B12 deficiency). This test is rarely performed.

A small bowel follow-through may be done to look for structural problems as well. In this test, you swallow a barium drink, and repeated X-rays are taken as it moves through the small intestine.

Bacterial overgrowth is a condition that may be present for a long time before causing any symptoms. When they appear, symptoms may include gas, constipation, bloating, abdominal pain, and diarrhea.

Sticking to a low-carb diet as well as taking probiotics and herbal supplements may help with this problem. Some people experience relief when they follow a specific carbohydrate diet.

Since many people with bacterial overgrowth have vitamin deficiencies, a healthcare provider may recommend that you supplement your diet with vitamin B12, magnesium, calcium, iron, zinc, and copper, as well as vitamins A, D, E, and K. 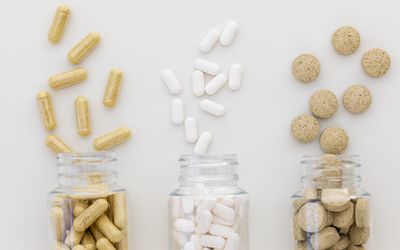 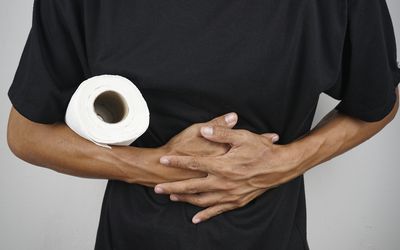 What Is Malabsorption Syndrome? 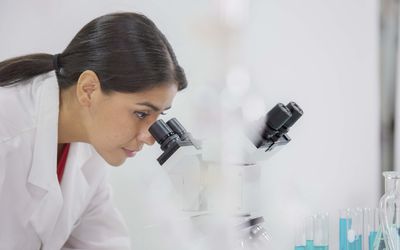