Nature vs. nurture is an age-old debate about whether genetics (nature) plays a bigger role in determining a person's characteristics than lived experience and environmental factors (nurture). The term "nature vs. nature" was coined by English naturalist Charles Darwin's younger half cousin, anthropologist Francis Galton, around 1875.

In psychology, the extreme nature position (nativism) proposes that intelligence and personality traits are inherited and determined only by genetics.

On the opposite end of the spectrum, the extreme nurture position (empiricism) asserts that the mind is a blank slate at birth; external factors like education and upbringing determine who someone becomes in adulthood and how their mind works. Both of these extreme positions have shortcomings and are antiquated.

This article explores the difference between nature and nurture. It gives nature vs. nurture examples, and explains why outdated views of nativism and empiricism don't jibe with contemporary views.

In the context of nature vs. nurture, "nature" refers to genetics and heritable factors that are passed down to children from their biological parents.

Genes and hereditary factors determine many aspects of someone’s physical appearance and other individual characteristics, such as a genetically inherited predisposition for certain personality traits. Some studies suggest that about 50% of your personality and temperament is genetically determined.

However, the impact of gene-environment (or nature-nurture) interactions on someone's traits are interwoven, and the heritability of personality isn't always 50%. Trying to measure "nature vs. nurture" scientifically is messy. It's impossible to know precisely where the influence of genes and environment begin or end.

How Are Inherited Traits Measured?

“Heritability” describes the influence that genes have on human characteristics and traits. It's measured on a scale of 0.0 to 1.0. Very strong heritable traits like someone's eye color are ranked a 1.0.

Traits that have nothing to do with genetics, like speaking with a regional accent, rank a zero. Most human characteristics score between a 0.30 and 0.60 on the heritability scale, which reflects a blend of genetics (nature) and environmental (nurture) factors.

Thousands of years ago, ancient Greek philosophers like Plato believed that "innate knowledge" is present in our minds at birth. Every parent knows that babies are born with innate characteristics. Anecdotally, it may seem like a kid's "Big 5" personality traits (agreeableness, conscientiousness, extraversion, neuroticism, and openness) were predetermined before birth.

From a "nature" perspective, the fact that every child has innate traits at birth supports Plato's philosophical ideas about innatism. However, personality isn't set in stone. Environmental "nurture" factors can change someone's predominant personality traits over time. For example, being exposed to the chemical lead during childhood may alter personality.

In 2014, a meta-analysis of genetic and environmental influences on personality development across the human life span found that people change with age. Personality traits are relatively stable during early childhood but often change dramatically during adolescence and young adulthood.

It's impossible to know exactly how much "nurture" changes personality as people get older. In 2019, a study of how stable personality traits are from age 16 to 66 found that people's Big 5 traits are both stable and malleable (able to be molded). During the 50-year span from high school to retirement, some traits like agreeableness and conscientiousness tend to increase, while others appear to be set in stone.

Nurture refers to all of the external or environmental factors that affect human development such as how someone is raised, socioeconomic status, early childhood experiences, education, and daily habits.

Although the word "nurture" may conjure up images of babies and young children being cared for by loving parents, environmental factors and life experience have an impact on our psychological and physical well-being across the human life span. In adulthood, "nurturing" oneself by making healthy lifestyle choices can offset certain genetic predispositions.

For example, a May 2022 study found that people with a high genetic risk of developing the brain disorder Alzheimer's disease can lower their odds of developing dementia (a group of symptoms that affect memory, thinking, and social abilities enough to affect daily life) by adopting these seven healthy habits in midlife: staying active, healthy eating, losing weight, not smoking, reducing blood sugar, controlling cholesterol, and maintaining healthy blood pressure.

Innatism emphasizes nature's role in shaping our minds and personality traits before birth. Nativism takes this one step further and proposes that all of people's mental and physical characteristics are inherited and predetermined at birth.

In its extreme form, concepts of nativism gave way to the early 20th century's racially-biased eugenics movement. Thankfully, "selective breeding", which is the idea that only certain people should reproduce in order to create chosen characteristics in offspring, and eugenics, arranged breeding, lost momentum during World War II. At that time, the Nazis' ethnic cleansing (killing people based on their ethnic or religious associations) atrocities were exposed.

Philosopher John Locke's tabula rasa theory from 1689 directly opposes the idea that we are born with innate knowledge. "Tabula rasa" means "blank slate" and implies that our minds do not have innate knowledge at birth.

Locke was an empiricist who believed that all the knowledge we gain in life comes from sensory experiences (using their senses to understand the world), education, and day-to-day encounters after being born.

Today, looking at nature vs. nature in black-and-white terms is considered a misguided dichotomy (two-part system). There are so many shades of gray where nature and nurture overlap. It's impossible to tease out how inherited traits and learned behaviors shape someone's unique characteristics or influence how their mind works.

The influences of nature and nurture in psychology are impossible to unravel. For example, imagine someone growing up in a household with an alcoholic parent who has frequent rage attacks. If that child goes on to develop a substance use disorder and has trouble with emotion regulation in adulthood, it's impossible to know precisely how much genetics (nature) or adverse childhood experiences (nurture) affected that individual's personality traits or issues with alcoholism.

Epigenetics Blurs the Line Between Nature and Nurture

"Epigenetics" means "on top of" genetics. It refers to external factors and experiences that turn genes "on" or "off." Epigentic mechanisms alter DNA's physical structure in utero (in the womb) and across the human life span.

Epigenetics blurs the line between nature and nurture because it says that even after birth, our genetic material isn't set in stone; environmental factors can modify genes during one's lifetime. For example, cannabis exposure during critical windows of development can increase someone's risk of neurospsychiatric disease via epigenetic mechanisms.

Nature vs. nurture is a framework used to examine how genetics (nature) and environmental factors (nurture) influence human development and personality traits.

In a perfect world, every baby would grow up in a loving and nurturing home. Giving infants tons of love and lots of skin-to-skin contact nurtures them in ways that can have lifelong benefits. But even if you weren't nurtured enough growing up, you can start nurturing yourself now.

People change. Who you are isn't set in stone. Making good choices daily can help you take control of your life and your destiny. Adopting healthier habits in your day-to-day life and cultivating a strong sense of connectedness with others can offset the potential harm of certain inherited traits. 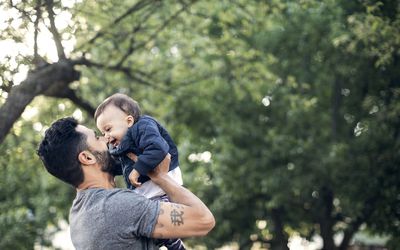 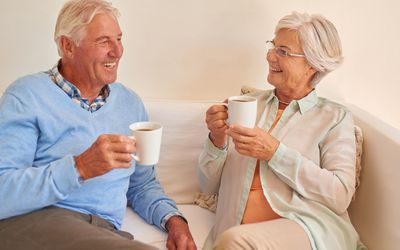 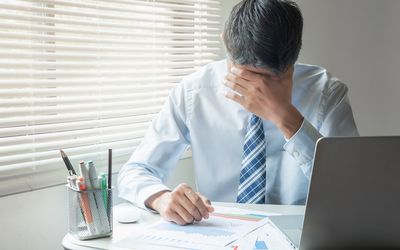