The theory of neuroinflammation in fibromyalgia now is supported by evidence from PET scans showing inflammatory mechanisms in the brains of people with fibromyalgia, according to research published in a 2019 issue of the journal Brain, Behavior, and Immunity.﻿﻿ This is a major step forward in understanding the underlying mechanisms of this complex, common, and hard-to-treat condition. The study also sheds light on a category of brain cells called glia and their role in fibromyalgia and suggests new avenues for treatment.

Most people tend to think of inflammation as "bad." It's associated with pain. A whole class of anti-inflammatory medications is designed to fight it. Nutritionists talk about diets that fight inflammation and doctors tell people to ice inflammation that's due to injuries.

However, it's not that simple. Inflammation is a necessary part of the healing process and is brought on by the immune system's response to a problem. So, in that way, inflammation helps us heal and is a good thing. It all depends on the context.

When inflammation in the body becomes chronic, though, it goes from helpful to harmful. It can cause pain, fatigue, insomnia, and a whole range of symptoms.

Inflammation in the brain, or neuroinflammation, is a topic researchers are just beginning to understand. It's hard to see and measure it, and until relatively recently, we didn't have the technology to study it in living people.

Symptoms of neuroinflammation vary depending on what region(s) of the brain it's in. Chronic pain, fatigue, and depression, all of which are primary fibromyalgia symptoms, have been linked to neuroinflammation in certain brain regions.

While inflammation of the brain is certainly common in head injuries, most of the time when neuroinflammation is studied and discussed, it's as a chronic state and not simply a response to injury.

What are Glial Cells?

Glial cells play a big role in neuroinflammation. The word "glia" means neural glue and it was given to the tiny cells that make up the white matter of your brain (as opposed to the gray matter, which is made up of neurons.)

Glial cells come in many different forms and play many roles in the brain, including acting as the brain's own dedicated immune system. When activated as immune cells in a region of the brain, glia trigger inflammation.

The brain needs a separate system from the rest of the body because of the blood-brain barrier (BBB), which keeps things circulating in your bloodstream from getting to the brain. It's a necessary protection, letting in substances that are supposed to be in there while keeping out anything that could be harmful.

Glial cells (two particular types, called astrocytes and ependymal cells) make up the BBB, as well. Research has shown that chronic neuroinflammation may alter the BBB, which means some of the wrong things get through. This may lead to cognitive dysfunction.

Some research suggests that a chronic neuroinflammatory state may be caused by a compromised BBB that allows in immune cells from the rest of the body plus hyper-activation of particular glial cells— microglia and, possibly, astrocytes.

A PET scan of the brain can show doctors how your brain is functioning, which gives them a lot more information to work with than a static image like they get from most other scans.

Before the scan, you're injected with radioactive material that grabs onto certain compounds in your bloodstream, such as glucose, which is the brain's major fuel source and therefore does pass through the BBB. (The radiation involved with these tracers is minuscule, even less than what you're exposed to in an X-ray.)

The glucose carries the tracer into your brain, then gets sent out to the various regions of the brain. The regions that are working harder get more fuel and more of the tracer, which makes them light up with different colors on the PET scan.

High activity levels in an area can tell the doctor that glial cells are activated there, which indicates neuroinflammation.

What to Expect During a PET Scan

The Line of Research

The Brain, Behavior, and Immunity study mentioned above is the result of a line of research that goes back several years.

The first paper came out in 2015 and used PET scans along with magnetic resonance imaging (MRI) to demonstrate neuroinflammation in people with chronic back pain. They used a tracer designed specifically to reveal glial activity. The scans showed glial activation in the regions that correspond specifically to the lower back.﻿﻿ That matched what researchers had predicted based on animal studies.

The next step was a review of studies, published in 2017, that looked at the role of glial activation in central sensitization, which is believed to be a key component of fibromyalgia and numerous related conditions, including chronic fatigue syndrome, migraine, and irritable bowel syndrome. Central refers to the central nervous system (CNS), which is made up of the brain and spinal cord. Sensitization is an exaggerated response to something. In fibromyalgia, the body is sensitized to pain and other unpleasant stimuli, which may include things like loud or grating noises, bright lights, and chemical smells.

Researchers theorize that the glial overactivity may have been triggered by factors such as severe stress or long-term sleep disturbance. Both of those factors are known to be linked to fibromyalgia.

At that time, they indicated a need for more human studies.

In 2019, they released the Brain, Behavior, and Immunity study to finally see whether they could find evidence of the suspected glial activation in fibromyalgia. They did find that evidence, with tracers showing microglial activation in numerous regions, which makes sense because the pain of fibromyalgia is widespread, not confined to any single area of the body.

The brain regions that were involved included the:

Many of these brain regions have been shown to be abnormal in previous fibromyalgia neuroimaging studies. Researchers also found an association between high activity in several of these regions and severe fatigue.

This was the first study to find direct evidence of neuroinflammation in fibromyalgia, and it also suggested the method by which the inflammation occurred. That means treatments for microglial overactivity can now be explored as possible therapies for the condition.

As of mid-2019, three drugs are approved for fibromyalgia by the U.S. Food and Drug Administration. Many other drugs, supplements, and complementary/alternative treatments for fibromyalgia are in use, as well.

Even so, most people with this illness only find partial relief. They live every day with debilitating pain, fatigue, cognitive dysfunction, and possibly dozens of other symptoms. New treatments, especially treatments aimed at an underlying mechanism, could change that.

"We don't have good treatment options for fibromyalgia, so identifying a potential treatment target could lead to the development of innovative, more effective therapies," Marco Loggia, Ph.D., co-senior author of the report said in a press release. "And finding objective neurochemical changes in the brains of patients with fibromyalgia should help reduce the persistent stigma that many patients face, often being told their symptoms are imaginary and there's nothing really wrong with them."

Other research on neuroinflammation has suggested some existing treatments, as well.

When it comes to neuroinflammation, a shortcoming of many existing drugs for neurological illness focus on the neurons, not the glia. With evidence mounting about the prevalence and importance of microglia overactivity, some researchers are calling for the investigation of new drugs that target the glial cells, especially if they can regulate these cells without suppressing the immune system.

At least one study mentions N-palmitoylethanolamine (PEA) as a potential future treatment. PEA has pain-killing and anti-inflammatory activities linked in part to microglial modulation.

Supplements that are known to have a calming effect on the brain include:

While they haven't been studied for possible effects on neuroinflammation, preliminary research suggests that they do interact with glia in some capacity. Both supplements are somewhat popular among people with fibromyalgia.

This research is a big deal. It represents a significant advance in the understanding of this condition, gives us promising new avenues for treatment, and should help to validate fibromyalgia as a disease to those in the medical community who still consider it psychological or non-existent.

The use of PET scans to identify chronic pain may also improve fibromyalgia studies and possibly even diagnostics. What that means is that this research has the potential to make life better for millions of people. 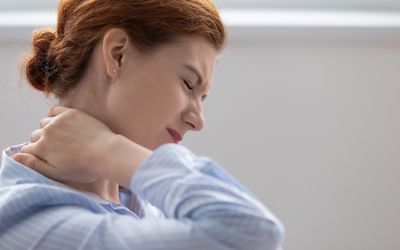 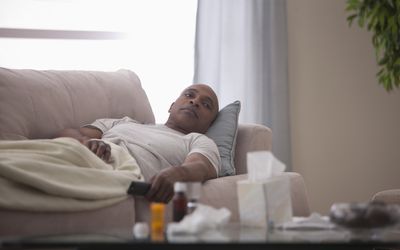