Neuromuscular disorders are conditions that affect the nerves that send electrical signals to muscles to control movement. When the nerves are damaged, communication between the nerves and muscles becomes disrupted. This results in significant muscle weakness, wasting, and loss of function.

The majority of neuromuscular disorders are genetic or caused by problems with the immune system.

Most neuromuscular disorders begin by affecting large skeletal muscles, such as those in the arms and legs, but can progress to affect the smaller muscles of the eyes, throat, and chest, which can lead to other problems.

Symptoms of neuromuscular disorders include:

A diagnosis of a neuromuscular disorder begins with a physical exam from a physician. Your doctor will ask you about your medical history, family history, and symptoms. They will also examine your muscle strength, muscle tone, and reflexes.

Diagnostic tests may be ordered to help determine a diagnosis, including:

Disorders of the Neuromuscular Junction

Muscular dystrophies are a group of genetic diseases characterized by a gradual loss of motor function, muscle weakness and wasting away, gait problems, progressive respiratory failure, and cardiomyopathy.

Duchenne muscular dystrophy usually begins in boys between 2 and 6 years of age, and is characterized by general muscle weakness and atrophy affecting the arms and legs. The condition progresses to all muscles, including the diaphragm, which controls breathing.

Myopathies, meaning diseases of muscles, are classified into the following categories:

Unlike other neuromuscular conditions, congenital and endocrine myopathies are usually not progressive and symptoms do not worsen over time. On the other hand, distal myopathies are slowly progressing but not considered life-threatening. Inflammatory and metabolic myopathies can vary in severity based on the age of onset.

Amyotrophic lateral sclerosis (ALS), also called Lou Gehrig’s disease, is a genetic disorder that results from hardening of the spinal cord. It causes damage to the nerves that control muscles and voluntary movement. ALS can affect people of any age, although middle-aged adults in their 50s are most commonly diagnosed with the condition.

Symptoms of ALS include muscle weakness, atrophy, stiffening, spasticity, muscle twitches, and cramping. Approximately 80% of cases begin with muscle weakness or spasticity in one arm or leg.

As ALS progresses, more muscles become affected, causing widespread muscle weakness and paralysis. Typical life expectancy after age of diagnosis is typically three to five years, although 10% to 20% of patients with ALS survive for 10 years or more.

Spinal muscular atrophy (SMA) is a genetic disorder caused by a genetic mutation that causes damage to a motor neuron protein crucial to normal functioning of motor neurons. There are several different forms of SMA, with ages of onset that vary between childhood, adolescence, and adulthood.

SMA most commonly causes weakness of the muscles closest to the body like the back, shoulders, hips, and thighs. The lower body is usually more affected than the upper body. Patients with SMA also have diminished deep tendon reflexes, and often develop scoliosis, abnormal spinal curvature, from weakness of the spinal muscles and breathing difficulties if the diaphragm is affected.

Infants diagnosed with type 0 SMA present with severe muscle weakness and heart failure, while infants with type 1 SMA have difficulty breathing and swallowing and survive for only a few years into childhood.

Type 4 SMA is usually diagnosed during the late teens or adulthood, and those affected are able to maintain their ability to walk but have muscle weakness. Patients with type 3 and type 4 SMA have a better life expectancy if the respiratory muscles are not affected, with those with type 4 SMA typically having normal life expectancies.

Ion channel diseases are a group of disorders that affect the ability of muscles to contract due to altered levels of potassium ions in the blood. This often results in periodic paralysis or temporary loss of the ability to contract muscles. This happens because of inherited genetic mutations that cause defective sodium-potassium channels within muscle cells.

Mitochondria are in nearly every cell of the body, and are responsible for processing oxygen and converting substances from the foods we eat into energy. Mitochondria produce 90% of the energy our bodies need to function.

Mitochondrial diseases occur when mitochondria fail to produce enough energy for the body to function properly.

Myasthenia gravis is an autoimmune disease that causes inflammation throughout the body. With myasthenia gravis, the body produces antibodies that attack the receptors for acetylcholine, reducing the body’s ability to contract muscles. This leads to weakness, atrophy, and fatigue.

What Is an Autoimmune Disease?

An autoimmune disease occurs when your body mistakenly attacks healthy cells. The exact cause of this condition is not clear. There are many different types of autoimmune diseases, including multiple sclerosis, psoriasis, and Hashimoto's disease.

Muscle weakness occurs in the arms, legs, face, and eyes. It can cause double vision and droopy eyelids. Myasthenia gravis can occur at any age and the cause is unknown, although damage to the thymus gland or infection from bacteria or viruses may trigger an autoimmune reaction.

Life expectancy is usually not affected, and many people with myasthenia gravis live active lives.

Peripheral nerve diseases affect the peripheral nerves that exit from the spinal cord and control the muscles of the arms and legs.

Charcot-Marie-Tooth disease is a class of peripheral nerve disorders that cause muscle weakness and atrophy as well as loss of sensation, most commonly in the legs and feet. However, the hands and arms are occasionally affected. Other symptoms of Charcot-Marie-Tooth disease include joint contractures, poor balance and coordination from muscle weakness, loss of fine motor movements if the hands are affected, and scoliosis due to weakness of the spinal muscles.

At this time, there is no cure for neuromuscular disorders. However, there are treatment options that can help improve symptoms, halt disease progression, and enhance quality of life, including:

Neuromuscular disorders are usually genetic or a result of an autoimmune disease. Even for those that cannot be cured, there are treatment options available to help manage symptoms and delay disease progressions. The earlier you get treated, the better. Therefore, if you start noticing problems with movement and coordination, it's best to call your doctor and get evaluated.

While there is no cure for neuromuscular disorders, research is ongoing and treatments have come a long way for many of these conditions to provide an excellent quality of life for those with these disorders. Medications to halt symptom progression and physical therapy to maintain mobility and muscle strength can help people with neuromuscular disorders effectively manage their conditions.

It is important to start treatment early to manage symptoms and prevent progression of your neuromuscular disorder. This can help you maintain maximum muscle strength and mobility to complete everyday tasks, postures, and movements like sitting, standing, getting in and out of bed, in and out of a chair, and walking with as much independence as possible. 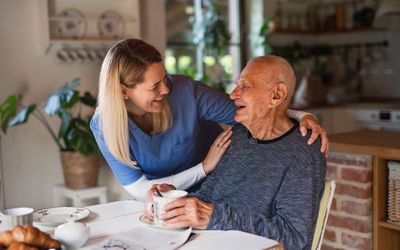 What Is Progressive Muscular Atrophy?
Myasthenia Gravis vs ALS: What are the Differences? 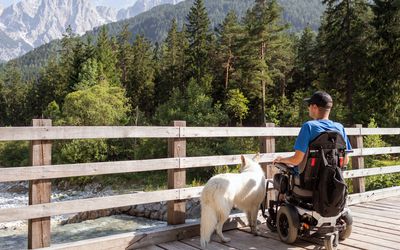 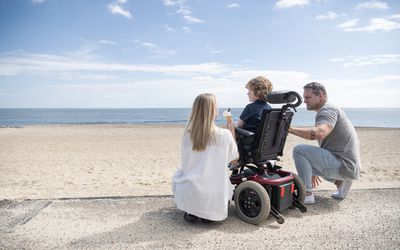 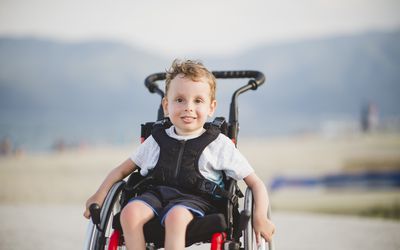 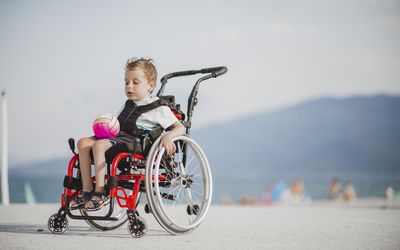 What Is Spinal Muscular Atrophy?