A new drug is showing promise when it comes to reducing the progression of Alzheimer’s disease in patients with mild cognitive impairment.

Clinical trial data published by drugmakers Eisai and Biogen reports that lecanemab reduced cognitive decline by 27% in patients after 18 months of taking the drug compared to those in a placebo group.

Wondering how researchers calculated that improvement? They rated the 1,800 trial participants on something called the Clinical Dementia Rating scale: an assessment tool that measures cognitive decline as well as patients’ ability to perform routine tasks.

The participants who took lecanemab experienced a 0.45-point reduction on the scale.

The data also found that the drug can help clear the brain of plaques formed by the accumulation of amyloid, a protein that causes cognitive decline. While some patients had side effects, like brain swelling or brain bleeding, the prevalence was lower than with Aduhelm, another Alzheimer’s drug.

The companies say more data will be published in November.

Because the lecanemab trial data has not yet been peer-reviewed, it's important to be cautiously optimistic, said Judy Heidebrink, MD, a professor of neurology at the University of Michigan and co-leader of the Clinical Core of the Michigan Alzheimer’s Disease Research Center.

“The outcomes look uniformly positive if the data holds true—and having positive outcomes in our field is something that’s somewhat few and far between,” Heidebrink told Verywell.

“The thing that makes me a little cautious is the magnitude of that difference. Whether [half a percent] is a clinically meaningful difference, as opposed to a very statistically robust difference is, I think, where the debate or discussion will take place.”

What Is the Clinical Dementia Rating scale?

The Clinical Dementia Rating scale, or CDR, evaluates a patient’s cognitive and functional performance in six areas: memory, orientation, judgment and problem solving, community affairs, home and hobbies, and personal care. It’s an 18-point scale, and people are given points based on how they score in each area.

Heidebrink explains that it’s a tool used in the research realm, and is essentially a semi-structured interview with the patient and a knowledgeable informant of the patient, like a caregiver or family member.

The clinician doing the assessment will ask about how a patient copes with daily tasks, and assess their abilities in the six areas. A higher score means someone has more a progressed disease, and a lower score means they are more independent.

“Each of those skills or areas can be rated anywhere from a zero, meaning we think their functioning is at a usual level, to a three, which signifies increasing levels of dependence in that area,” Heidebrink says. “Then all scores are summed up.”

10 Tips to Maintain Independence With Dementia

Does a 0.45-Point Difference Matter?

Heidebrink said the difference of 0.45-points may not be a significant difference to patients, and that it depends how far along into the course of Alzheimer’s disease they are. The scale works in 0.5-point increments, meaning there is no 0.45-point rating due to the way the tool is designed.

“This [0.45-point finding] is sort of the cusp of that minimal difference,” she said.

For example, a shift from a score of 0 to 0.5 means there’s been some change—maybe the patient is still pretty independent, but tasks require a little more effort, Heidebrink said. But for someone with more advanced dementia, an additional 0.5 points might mean relinquishing control of an activity to somebody else.

In any case, the impact of half a point is typically most noticeable in patients with lower scores to begin with—those with mild cognitive decline and not serious disease.

“For someone who is more advanced, the difference between the score of, say, 12 points and 12.5 points—you’re not going to notice that,” Heidebrink said.

Babak Tousi, MD, the head of clinical trials at the Cleveland Clinic Lou Ruvo Center for Brain Health, said we have to think about how much cognitive decline patients might expect to see during 18 months to better understand the significance of the trial’s findings.

A patient’s disease progression depends on if they have the markers of Alzheimer’s disease, like cerebrospinal fluid around the brain and spinal cord containing beta-amyloid 42or phosphorylated tau (p-tau) proteins.

“Sixty to 70% of patients will develop dementia within three years if they have a marker of disease,” Tousi tells Verywell. “That’s the average rate of progression.”

Tousi added that lecanemab might help slow the speed of decline, but it won’t stop it from progressing.

As more data comes out, Heidebrink hopes to better understand if the dementia ratings were taken at different intervals, and if over time, the difference between the drug group’s CDR ratings and the placebo group’s ratings grew.

“In other words, is there a difference between the treatment group and the placebo group that seems to be growing larger [with time]?” she said. “Is the 0.45-point difference possibly the minimum difference, and that separation could be greater if the study had gone longer? Or does that look like it’s the maximum difference this drug is likely to achieve?”

Lecanemab drug is not yet approved by the Food and Drug Administration (FDA), but if it is, experts say the possible risks of the drug need to be weighed against its benefits. Lecanemab is administered via intravenous infusion, which can be taxing on patients and their families.

It’s also important to remember lecanemab is not a cure for Alzheimer’s disease; this clinical data just shows that it could slow the inevitable cognitive decline.

Both Tousi and Heidebrink stress that this drug is focused on patients in the very early stages of cognitive impairment; researchers did not include patients with severe and advanced stages of dementia. Those more severe patients will likely not benefit from this possible advancement.

“The medication is not going to stop the disease—that is very important for families to know,” Tousi said. “We’re just hoping the days you can remain independent are going to be longer.”

Lecanemab isn’t FDA-approved yet, so it’s not widely available to patients outside of clinical trials. What’s more, experts say patients need to weigh the possible benefits with the side effects and see if lecanemab is right for them—especially since it’s designed for people with mild cognitive impairment. 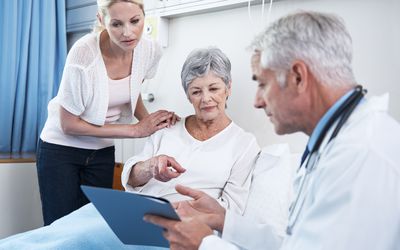 Use and Scoring of the ADAS-Cog Test 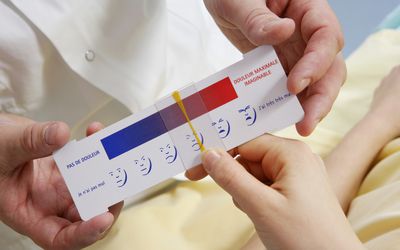