On September 9, 2022, New York governor Kathy Hochul issued an executive order declaring a state of emergency over polio. The declaration came in response to evidence that the virus is spreading in communities.

The Centers for Disease Control and Prevention (CDC) has detected poliovirus in wastewater samples collected in four counties in the state of New York, including Rockland, Orange, Sullivan, and Nassau, as well as in the New York metro area and in the city itself.

The sample of poliovirus that was collected from Nassau County in August is genetically connected to the case of paralytic polio that occurred in an unvaccinated man in his 20s in Rockland County in July, according to a release from the New York State Department of Health (NYSDOH).

The release also stated that all of the samples that have been reported are of concern because they are the kind of poliovirus that can cause paralysis in humans.

Health officials said that “for every one case of paralytic polio observed, there may be hundreds of other people infected.” However, as of mid-September, New York has confirmed only one case.

Still, the combination of wastewater detection and viral genetics is concerning enough that the World Health Organization (WHO) has now added New York to the list of places in the world where vaccine-derived polio is actively spreading.

Why Did New York Declare a State of Emergency Over Polio?

According to NYSDOH data, polio vaccination rates are low in some New York counties, including Rockland at 60%, Orange at 58%, Sullivan at 62%, and 79% in Nassau. The average rate of polio immunization in the state is about 79%.

NYSDOH stated that the goal of declaring a state of emergency is to boost polio vaccination rates to well over 90%.

By giving more people the ability to vaccinate, the goal is to boost immunization rates in areas with low polio vaccination turnout.

Polio immunization is safe and effective, protecting nearly all people against disease who receive the recommended doses.

“This is just a point of action to get those numbers up so that we don’t see further transmission,” said Newman.

The order also requires providers to send polio vaccination data to the state health department, which the NYSDOH said will help them to determine where to focus its vaccination efforts.

In a statement, NYC State Health Commissioner Mary T. Bassett, MD, MPH, said that “we simply cannot roll the dice” on polio because “the risk of paralytic disease is real.”

Bassett urged New Yorkers to “not accept any risk at all” and emphasized that “polio immunization is safe and effective, protecting nearly all people against disease who receive the recommended doses.”

The executive order is expected to expire on October 9, 2022.

What Does New York’s State of Emergency Over Polio Mean for Me?

According to Newman, declaring a state of emergency over polio is meant to alert people to the situation and help people who are not vaccinated get the shots.

“The state of emergency is bringing awareness,” said Newman. “We shouldn’t be panicking, but at least it brings light to the issue so that people can be aware and can check their vaccine records.”

Newman said that with the declaration in place, “hopefully, people can get up to date on the vaccine schedule if they’re not already.”

Aaron Glatt, MD, MACP, Chairman of the Department of Medicine and Chief of Infectious Diseases and Hospital Epidemiologist at Mount Sinai South Nassau, told Verywell that while the declaration is considered a public health emergency, it’s not necessarily an emergency for the typical person.

Both experts said that getting vaccinated against polio if you’re not is still important even if you don’t live in New York.

Is the General Public at Risk for Polio?

According to Newman, the risk of polio is extremely low for the general population because most of the U.S. population is already vaccinated. According to CDC data, almost 93% of children in the U.S. have been vaccinated against polio by the age of 24 months.

Newman said it helps that the polio vaccination series is part of our routine vaccine schedule and is even required in some areas for kids to attend school.

“People who are unvaccinated or children who have not actually reached the end of their vaccination schedule are really the populations that I’m more concerned about and the ones who are vulnerable,” said Newman. “But I would say overall, the risk is extremely low for the general population.”

If you are not vaccinated or have yet to complete the full polio vaccination series, you are at risk of getting polio. To reduce your risk, make sure you’re up-to-date with your shots and get vaccinated if you’re not.

Should I Worry About Polio If I Don’t Live in New York?

Even though the emergency declaration is in New York, Glatt said that does not mean that polio could not spread elsewhere.

“This is not a New York problem,” said Glatt. “This is not a problem that’s limited in any way to one area. It’s gonna be a problem in any place where you have the potential for people spreading from out of the country.”

The public should be reassured that if they’re vaccinated, this isn’t the problem for them, but they should use this as a spark for anybody that’s not vaccinated, to please get vaccinated.

How Can I Lower My Risk for Polio?

Experts continue to emphasize that in response to the state of emergency order, New York residents and non-residents should get vaccinated against polio if they are not.

Glatt said that people who are vaccinated “don’t have anything to be scared of,” in terms of the current polio situation, but the unvaccinated population should know they are at risk.

“The public should be reassured that if they’re vaccinated, this isn’t the problem for them, but they should use this as a spark for anybody that’s not vaccinated, to please get vaccinated,” said Glatt. “It’s a very simple public health message.”

Newman said that polio is very contagious. The virus spreads through person-to-person contact—often by way of the stool of a sick person (fecal route) but also via respiratory droplets from coughs and sneezes.

In addition to getting vaccinated, Newman recommends practicing basic infection prevention, like staying at home if you’re sick, wearing a mask, and washing your hands.

“We don’t have to panic or worry about this being like the next COVID or widespread outbreak,” said Newman. “But at the same time, there should be some comfort in knowing that vaccines are the simplest and most effective way to prevent this.”

Whether you live in New York or not, getting vaccinated against polio if you are not is a safe and effective way to reduce your risk.

If you are unsure of your vaccination status, call your health care provider or county health department.

If you can’t find your immunization records, you should still get vaccinated if you think you might not be. According to the CDC, repeating your vaccinations is not ideal but it is safe.

Are Booster Shots Common for Vaccines?
3 Sources
Verywell Health uses only high-quality sources, including peer-reviewed studies, to support the facts within our articles. Read our editorial process to learn more about how we fact-check and keep our content accurate, reliable, and trustworthy. 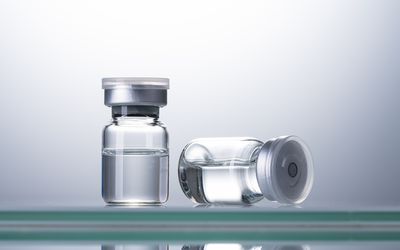 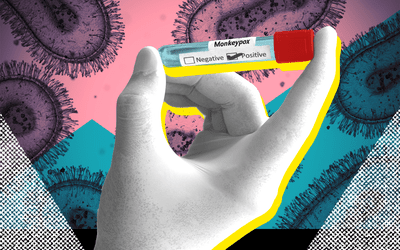