It’s a difference that might not be obvious, but the treatments differ, and diagnostic tests can distinguish between these two different categories of lung disease.

There are many different obstructive and restrictive lung diseases.

Click Play to Learn the Difference Between Obstructive vs. Restrictive Lung Disease

This video has been medically reviewed by Sanja Jelic, MD.

Obstructive lung diseases are characterized by an obstruction in the air passages, with slow and shallow exhalation.

Obstruction can occur when inflammation and swelling cause the airways to become narrowed or blocked, making it difficult to expel air from the lungs. This results in an abnormally high volume of air being left in the lungs (i.e., increased residual volume). This leads to trapped air and lung hyperinflation—changes that contribute to worsening respiratory symptoms.

The following lung diseases are categorized as obstructive:

Restrictive lung diseases can be due to either intrinsic, extrinsic, or neurological factors.

Intrinsic restrictive disorders are those that occur due to restriction in the lungs (often a "stiffening") and include:

Extrinsic restrictive disorders refer to those that originate outside of the lungs. These include impairment caused by:

Neurological restrictive disorders are those caused by disorders of the central nervous system that interfere with movements necessary to draw air into the lungs.

Among the most common causes:

A person may also have symptoms and tests that suggest a combination of obstructive and restrictive disease (for example, when a person has both COPD and pneumonia). In addition, some diseases, such as silicosis, cause an obstructive pattern in the early stages of the disease and a restrictive pattern when the condition is more advanced.

There can be a significant overlap in symptoms between obstructive and restrictive lung diseases, which is why pulmonary function tests are often needed to make a diagnosis.

Symptoms shared by both obstructive and restrictive conditions include:

With obstruction, a person may have difficulty expelling all of the air from the lungs. This often worsens with activity. When respiratory rate increases, it becomes challenging to blow out all of the air in the lungs before taking the next breath.

Narrowing of the airways may cause wheezing, as well as increased mucus (sputum) production.

With restrictive lung disease, a person may feel like it is hard to take a full breath, and this can cause considerable anxiety at times.

With extrinsic lung disease, a person may change positions trying to find a one that makes it easier to breathe.

Making a diagnosis of either obstructive or restrictive lung disease begins with a careful history and physical exam. Pulmonary function tests and imaging tests are an important part of the diagnostic process.

These tests can also help doctors understand if more than one condition is present at the same time, especially when a mixed pattern is found.

Spirometry is a common office test used to evaluate how well your lungs function by measuring how much air you inhale and how much/how quickly you exhale. It can be helpful in differentiating obstructive and restrictive lung diseases, as well as determining the severity of these diseases.

This test can determine the following:

There are other types of pulmonary function tests that may be needed as well:

Lab tests may give an indication of the severity of lung disease, but are not very helpful in determining if it is obstructive or restrictive in nature.

Oximetry, a measure of the oxygen content in the blood, may be low in both types of diseases. Arterial blood gases may also reveal a low oxygen level and, sometimes, hypercapnia (elevated carbon dioxide level). With chronic lung disease, hemoglobin levels are often elevated in an attempt to carry more oxygen to the cells of the body.

Tests such as chest X-ray or chest computed tomography (CT) scan may give clues as to whether a lung disease is obstructive or restrictive if the underlying condition, such as pneumonia or a rib fracture, can be diagnosed with the help of such imaging.

Bronchoscopy is a test in which a lighted tube with a camera is threaded through the mouth and down into the large airways. Like imaging studies, it can sometimes help diagnose the underlying condition.

The treatment options are significantly different for obstructive and restrictive lung diseases, though treatments also vary depending on the particular root cause.

With obstructive lung diseases such as COPD and asthma, medications that dilate the airways (bronchodilators) can reduce symptoms. Inhaled or oral steroids are also frequently used to reduce inflammation.

Supportive treatment can be helpful for both types of lung diseases and may include supplemental oxygen, noninvasive ventilation (such as CPAP or BiPAP), or mechanical ventilation. Pulmonary rehabilitation may be beneficial for people who have COPD or who have had lung cancer surgery.

When severe, lung transplantation is also sometimes an option.

Getting an accurate diagnosis of your lung disease is important for determining the next steps in your treatment. Find a healthcare team you trust and make sure to keep lines of communication open, asking questions and seeking answers so that you're empowered to take charge of your health. 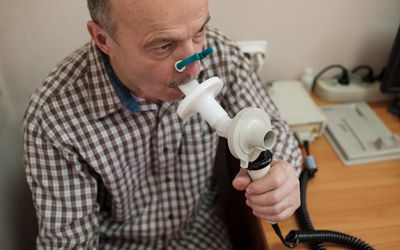 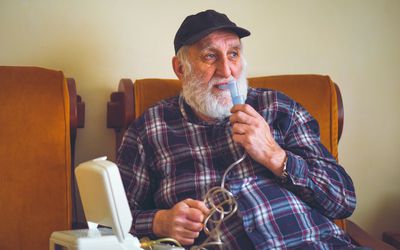 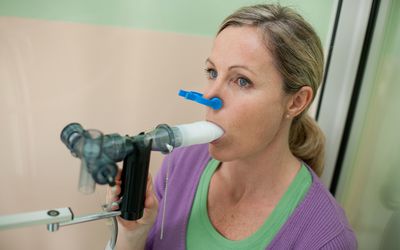 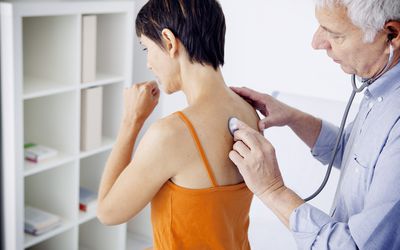 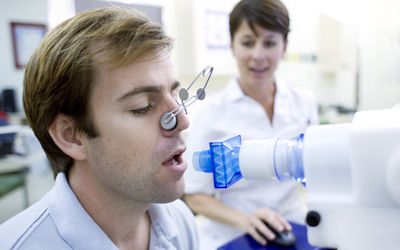 What Is Forced Vital Capacity (FVC)? 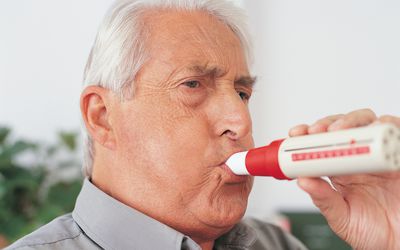 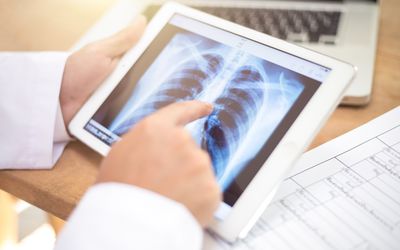 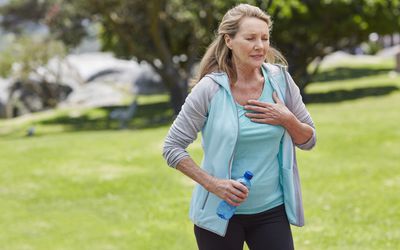 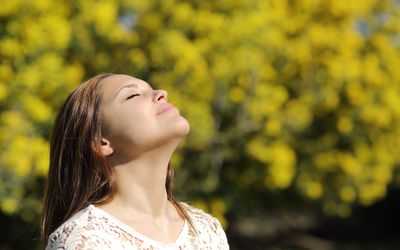 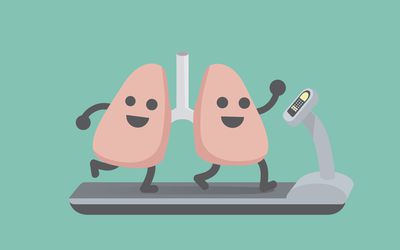 What Is Total Lung Capacity?