Learn to Identify the Signs

This article will go over how OCD and OCPD are different. You will learn the symptoms of OCD and OCPD, as well as how these mental health conditions are diagnosed and treated.

Symptoms of OCD vs. OCPD

The symptoms of OCD and OCPD can overlap. People with either condition can have similar thought patterns and behaviors—for example, focusing on order, perfectionism, and organization. There are also some signs and symptoms of OCD that do not occur in OCPD.

A person with OCD has true obsessions and compulsions, which are time-consuming and cause distress. OCD is classified as an anxiety disorder.

What Does It Mean to Have Existential OCD?

OCPD is a personality disorder. It looks and feels different than OCD. People with OCPD are strongly focused on—even obsessed with—a goal of perfection for themselves and others. They relentlessly maintain rules and order in their environment.

OCD is based on fear, anxiety, and efforts to control uncertainty. The obsessions and compulsions of OCD can ebb and flow based on a person’s current level of anxiety or fear.

OCPD is a personality disorder. In a person with OCPD, the behaviors do not fluctuate—rather, they occur consistently over time.

Causes of OCD and OCPD

The causes of both OCD and OCPD are not fully understood, but there are several factors that may contribute to a person's risk of having either condition.

How Your Attachment Style Affects Your Relationships

Both OCD and OCPD are diagnosed by mental health professionals using the fifth edition of the Diagnostic and Statistical Manual of Mental Disorders (DSM-5).

To diagnose OCD, a clinician will use the DSM-5 to determine the following:

Getting an OCD Diagnosis

To diagnose OCPD, a clinician will use the DSM-5 to see if a person has the following traits:

How to Live Well With OCD

Medication, talk therapy, or a combination of both can be useful for treating OCD and OCPD.

People with OCD can be prescribed a type of antidepressant medication called selective serotonin reuptake inhibitors (SSRIs). These medications have been shown to help treat OCD and they are often the first-line treatment for the condition.

Different kinds of psychotherapy can also be used to treat OCD, including:

Is Luvox a Good Antidepressant for OCD?

Treatment for OCPD has not been well-researched. Only a few small studies have been done. There are no specific medications for OCPD, but the same medications that help treat OCD (SSRIs) can also help some people with OCPD.

Small studies have suggested that CBT may also help some people with OCPD because it can teach them to examine their thoughts and actions.

Since biological factors like genetics are a known component of OCD and OCPD, it's not necessarily possible to prevent these conditions.

However, there might be some interventions that can reduce the effect of a person's environment on their risk for developing OCD or OCPD. Early intervention can also help reduce the severity of the conditions.

Education and improving access to effective treatments can help people with any mental health condition.

Coping With OCD and OCPD

People with OCD are frequently distressed by the excessive and repeating thoughts and behaviors they experience. It can be time-consuming to repeat behaviors and can negatively affect a person's social functioning. OCD behaviors can also affect a person's friends, family, partners, and coworkers.

There are support groups for people with OCD as well as the people in their lives who want to help them. Some people with OCD find it relieving and empowering to talk to others who understand what they're going through.

Many people with OCPD do not know they have a disorder and may not be aware of how it is affecting the people around them. As such, people with OCPD may not reach out for help or even realize that help is available.

Where to Get Help

If you or a loved one is having a hard time coping with OCD or OCPD, contact the Substance Abuse and Mental Health Services Administration (SAMHSA) National Helpline online or call 800-662-4357 for more information on how to find support and treatment options specific to your geographic area.

For more mental health resources, including a helpful list of links and hotline numbers, you can look at Verywell's National Helpline Database.

Can Severe OCD Be Treated?

OCD and OCPD have similar names but they're not the same condition. OCPD is a personality disorder and OCD is an anxiety disorder.

Both OCD and OCPD can be diagnosed by a mental health professional using the criteria in the DSM-5. Depending on a person's needs, OCD and OCPD can often be treated with medications like SSRIs and therapy.

Can You Have OCD About Relationships?
13 Sources
Verywell Health uses only high-quality sources, including peer-reviewed studies, to support the facts within our articles. Read our editorial process to learn more about how we fact-check and keep our content accurate, reliable, and trustworthy. 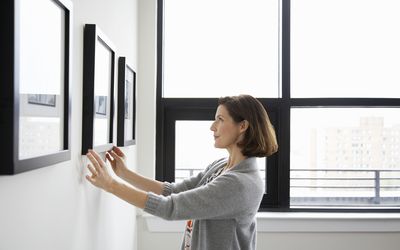