Orexin in Narcolepsy and Other Sleep Disorders

Brandon Peters, MD
Brandon Peters, MD, is a board-certified neurologist and sleep medicine specialist.
Learn about our editorial process
Medically reviewed
Verywell Health articles are reviewed by board-certified physicians and healthcare professionals. These medical reviewers confirm the content is thorough and accurate, reflecting the latest evidence-based research. Content is reviewed before publication and upon substantial updates. Learn more.
by
Rochelle Collins, DO

Produced in an area of the brain called the hypothalamus, orexin is one of the chemical messengers, or neurotransmitters, that affects the brainstem and stimulates food intake, wakefulness, and energy use. Scientists discovered orexin in 1998, and have been researching their role in sleep and arousal, as well as a treatment for sleep disorders.

Orexin, also called hypocretin, is part of a class of chemicals called excitatory neuropeptide hormones. There are two different peptides with a similar chemical structure, one is known as orexin-A (or hypocretin-1) and the other is orexin-B (or hypocretin-2). Orexin deficiency may disrupt the body’s ability to maintain wakefulness and sleep, a difficulty that can result in narcolepsy.

In people whose sleep is well regulated, orexins are released when they are awake and help to increase activity in neurons that promote wakefulness and suppress REM sleep — the deep sleep when dreams occur.

When someone has narcolepsy, which is characterized by excessive daytime sleepiness and falling asleep without warning, it is because their orexin-producing neurons have died off. Without orexins, a person with narcolepsy is unable to control REM sleep. In some cases, dreaming that normally happens during REM sleep can happen when a person is awake, resulting in dreamlike hallucinations.

But why do orexins die off in the first place? Researchers believe that narcolepsy is partially caused by an autoimmune attack of the orexin neurons. Typically, people with narcolepsy will have increased levels of antibodies that fight streptococcus, which is the bacteria that causes strep throat. This suggests that the autoimmune attack is triggered by strep or another winter infection, especially because narcolepsy usually onsets in the late spring or early summer.

If a lack of orexins causes sleep disorders, then it would make sense that orexins could also help keep you awake, right? A class of drugs, called orexin receptor antagonists, has recently been developed to treat sleep disorders, such as insomnia. These sleep aids target orexin action, blocking the signaling of orexin in the brain. Orexin plays a role in keeping people awake and alert, so blocking them promotes sleep.

Orexin receptor agonists are different from other prescription and over-the-counter sleep aids in that they target a different and more localized chemical system in the brain. Suvorexant, sold under the name Belsomra, is the first of this class of drug to be available. 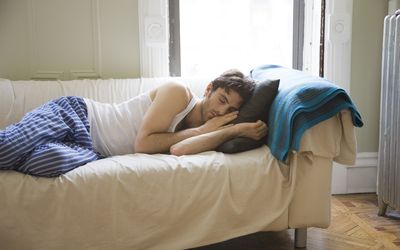 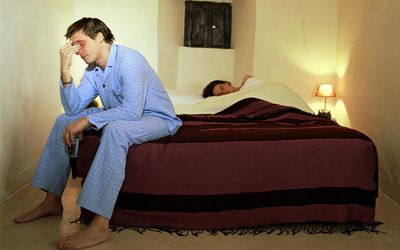 Considerations Before Taking Trazodone for Insomnia