What Happens If You Overuse Your Asthma Rescue Inhaler?

If you have asthma, there might be times when you need to use a rescue inhaler or puffer, also called short-acting beta-agonists (SABAs). They're prescribed to be used at the first sign of asthma symptoms, like trouble breathing, shortness of breath, or wheezing.

While SABAs are helpful, it's possible to overuse them. According to a recent study by the pharmaceutical company Teva, nearly one-third of patients overuse their inhalers to the point where it may lead to negative outcomes like an increased risk of asthma exacerbation—and even death.

How to Choose an Asthma Inhaler

Randy Brown, MD, MPH, a global leader of digital health, immunology, and respiratory medical affairs at Teva and the senior author of the study, told Verywell that overusing rescue relievers is associated with an increased risk of asthma flare-ups, asthma attacks, and deaths.

Brown and his colleagues studied 359 patients for three months and found that 29% of them used the equivalent of three or more rescue inhaler canisters in a year.

“Among those who exceeded the threshold, the rate of asthma exacerbations was substantially higher,” said Brown.

According to Brown, Teva's digital inhalers allow patients to monitor their inhaler use and may help minimize any adverse outcomes.

What Happens When You Overuse Your Inhaler

People with asthma may have a rescue inhaler on hand for quick relief but the inhalers should not replace longer-term medications (called controller medications) to treat asthma.

A 2019 study from researchers in Australia found that people who overuse SABAs were more likely to have moderate to severe nasal symptoms. The study also found that 59% of SABA overusers had uncontrolled asthma compared to people with asthma who didn’t overuse the inhalers.

A 2016 study from the University of Arizona found that the overuse of albuterol—a common inhaler medication—was associated with more frequent asthma symptoms, worse asthma control, and even depression.

Joe K. Gerald, MD, PhD, an associate professor of public health policy and management at the University of Arizona and the lead author of the 2016 study, told Verywell that people may think that using their inhalers often would help their asthma.

“When patients use albuterol quite frequently, it can change the way their airways respond to other stimuli,” Gerald said. “When they’re exposed to irritants like cigarette smoke or allergens like pollen, the airways can be ‘twitchier.’ Overuse creates conditions in which the airways become what we call hyperresponsive to stimuli.”

Reliance on inhalers also does not address the underlying problem of uncontrolled or poorly controlled asthma. According to the American Academy of Allergy Asthma and Immunology, if patients rely on rescue inhalers more than twice a week, they should see an allergist and discuss treatment.

Why People Use Their Inhalers Too Much

According to Gerald, inhaler overuse is fairly common among patients with asthma, and there are many factors that contribute to overuse.

One reason people overuse their inhalers is that they aren’t able to access health care. A person who hasn’t been able to get the right controller medication may lean more heavily on an inhaler because it’s often easier to get a prescription for it.

“Over-users also tend to have lower knowledge about asthma as a disease,” said Gerald. “And they report being less able to manage asthma on their own.”

How Asthma Affects Your Quality of Life

As Gerald’s research found, inhaler overuse might also be tied to depression. While the link between albuterol overuse and mental health is not totally clear, depressive symptoms may change a person's perception of their asthma symptoms and how well their disease is controlled.

“There have also been some reports that depression has been linked to less responsiveness to the albuterol medication itself,” said Gerald. “The logic is that there are some common physiologic pathways between depression and asthma that might change a patient’s response.”

There is a lot more research to be done, he added.

How Long Does an Asthma Inhaler Last?

Brown said that Teva’s technology can allow patients to track and share their usage with their providers.

Should You Try a Digihaler for Asthma?

Once patients are aware of their overuse patterns, their provider can help develop a long-term strategy that addresses the underlying factors contributing to their overuse. For example, people who have uncontrolled asthma may need to be on medications or reduce exposures that cause their asthma to flare up.

“You want to develop an individualized management plan that allows for better disease control and less risk,” Brown said. “The goal isn’t to take away the rescue medicines altogether.”

He compared a rescue inhaler to any device that helps people in an emergency. It’s an important medication to have when you truly need it, but the goal is to make sure it’s not frequently needed.

“It’s always a good idea to have a spare tire in your car or a fire extinguisher in your house,” said Brown. “But we shouldn’t need to rely on those rescue strategies on a regular basis.”

Overusing a fast-acting asthma inhaler can have negative health outcomes including worsening asthma control, depression, and even death. It is important that patients with asthma know when to use rescue inhalers and talk to their providers about how to treat uncontrolled asthma. 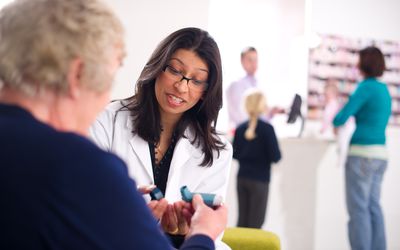 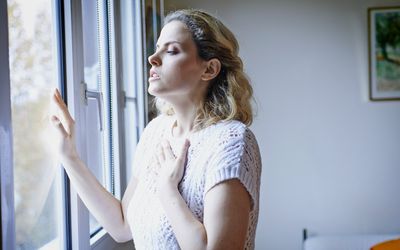 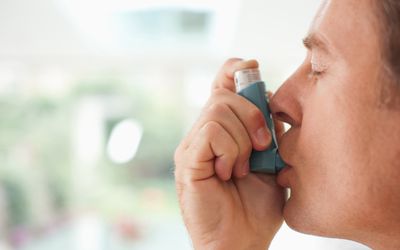 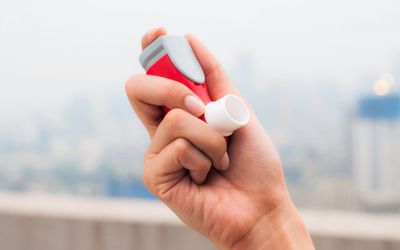