One of Several Viruses That Causes Diarrhea

Astroviruses are a type of virus that causes gastroenteritis (diarrheal illness). Infants and young children are most likely to develop diarrhea caused by astroviruses, and older adults and those with a compromised immune system are at risk too.

Although it can cause symptoms similar to other common viral infections, diarrheal illness from an astrovirus infection is generally much less severe than those caused by rotavirus and norovirus. It also rarely requires any medical treatment.

While mild diarrhea is the main symptom of astroviruses infections, a person who gets sick may also have other common symptoms of gastroenteritis, including:

The symptoms of astrovirus infection are usually mild and resolve on their own without treatment. The illness may last only a few days with few long-term health risks or complications. Hospitalization is rarely needed.

Babies, very young children, older adults, and people with compromised immune systems (such as those being treated for cancer or living with HIV) are more likely to become dehydrated as a result of the infection.

Healthy people with an intact immune system generally recover from an astrovirus infection in a few days. In some cases, they may not even know they have been infected by an astrovirus because they are otherwise asymptomatic (without symptoms).

A person who is infected but is not showing symptoms (referred to as a "carrier") is still able to spread the virus to others.

Astroviruses get their name from their star-like appearance when viewed under a microscope. There are several different kinds of astrovirus, some of which infect humans. The virus has also been found in other animals including dogs, birds, pigs, cows, bats, and even dolphins.

Astroviruses are present year-round and can make people sick at any time, especially in places where sanitation is limited or people live in crowded spaces.

Infants and children under two are most likely to have a diarrheal illness caused by astroviruses. While it is less common than rotavirus and other diarrhea-causing viruses, astroviruses account for 2% to 9% of all pediatric gastroenteritis cases in the world.

Astrovirus is very small, and it only takes a few viral particles to make a person sick. Once a person is infected with astrovirus, viral particles will continuously be shed into fecal matter. Even after the person starts to feel better, they may still be shedding particles, allowing for the fecal-oral transmission of the virus.

Most children will develop an immunity to astroviruses by the time they reach 10 years of age. This protection is why astroviruses do not usually make adults sick. However, it is believed that immunity wanes over time, which is why older adults are more likely to get sick from the virus.

In addition, malnutrition is a significant risk factor for astrovirus infection in both children and adults.

Astrovirus can usually be diagnosed with a combination of a physical exam, a review of your medical history, and various blood and stool tests. Based on a review of your symptoms and risk factors, your healthcare provider may decide to treat you presumptively (before a specific diagnosis is established) if the symptoms are mild.

In other cases, your practitioner may order a battery of tests to identify the specific cause of diarrhea, especially if the symptoms are severe or there is a local outbreak of diarrheal disease.

The tests may include:

Viral gastroenteritis can be caused by several pathogens. In some cases, it is possible to be infected by more than one virus at the same time (called a coinfection).

Any treatment prescribed for viral gastroenteritis would be supportive and focused on managing symptoms, such as the alleviation of nausea or fluid replacement for dehydration.

Any illness caused by a virus cannot be treated with antibiotics.

Unlike some viral diseases, such as the flu, antiviral drugs are not prescribed to treat astrovirus. There are no vaccines that can prevent infection.

There are a few things you can do to avoid getting or spreading astrovirus.

Astroviruses are one of several types of viruses known to cause gastroenteritis. While most infections are mild, extra care should be taken to avoid infection in people at the greatest risk of complications, such as infants, older adults, or those with advanced HIV infection. Good hygiene and sanitary practices, along with healthy nutrition, can go a long way to prevent astrovirus infection in people who are vulnerablle.

An Overview of the 24-Hour Stomach Flu
5 Sources
Verywell Health uses only high-quality sources, including peer-reviewed studies, to support the facts within our articles. Read our editorial process to learn more about how we fact-check and keep our content accurate, reliable, and trustworthy.
Additional Reading 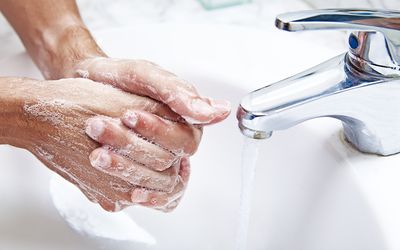 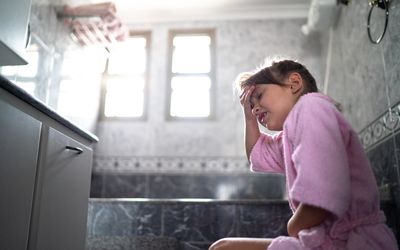 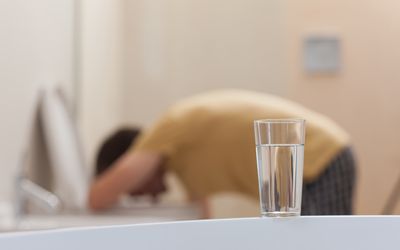 Signs of Stomach Flu and When to See a Healthcare Provider