Although carotidynia requires minimal treatment or none at all, it still needs to be checked out to ensure that the pain is not related to another more serious issue.

This article looks at the symptoms and causes of carotidynia and explains how this uncommon pain syndrome is diagnosed and treated.

What Is a Carotid Artery?

The carotid arteries are blood vessels that supply blood to your brain, face, and neck. You have two on each side of your neck—the left and right common carotid arteries—which branch off around mid-neck into the external and internal carotid arteries.

More specifically, the neck pain and tenderness is located at the junction where the carotid artery divides into two branches.

There may also be swelling or fullness above the carotid artery. The carotid pulse (the pulse in the neck) may also be pronounced. Typically, there are no additional symptoms beyond that.

People who have had carotidynia don't usually experience it again.

Any sudden and unexplained neck pain should be seen by a doctor right away. Other conditions can mimic the symptoms of carotidynia, including serious ones like giant cell arteritis (inflammation of the artery lining).

The cause of carotidynia is unknown. It is also rare, affecting less than 3% of people who seek urgent treatment for neck pain.

The diagnosis of carotidynia is often considered controversial because it can be difficult to decide if the acute neck pain is purely vascular (related to blood vessels), muscular (related to muscles), neurogenic (related to nerves), or a combination of these.

With that said, much of the current evidence suggests that inflammation plays a central role in carotidynia. Inflammation, the body's natural response to threats such as infection or injury, is characterized by the swelling of tissues, pain, and heat.

Some studies suggest that the flow of blood from a larger vessel to two smaller ones places excessive stress on the junction, causing tissues to harden over time. If inflammation were to occur, the swelling of these hardened tissues could very well cause pain.

This is evidenced in part by the fact that carotidynia almost always affects adults over 40, rather than younger people. Females are also more affected than males, possibly because their internal carotid artery is far smaller in size.

While carotidynia can happen out of the blue, it is not uncommon for it to strike during a migraine attack or exertion headache (a headache caused by strenuous activity). Both can cause blood vessels to swell which, in turn, triggers the release of chemicals known as cytokines that instigate inflammation. More research on this is needed.

There are no tests or procedures able to diagnose carotidynia. The diagnosis is made after all other causes have been ruled out. Medical professionals sometimes call this a "diagnosis of exclusion." Undergoing these tests is important as they can ensure that other, more serious conditions are not involved.

The diagnosis of carotidynia may involve:

Other Diagnoses That May Be Considered

Among the many conditions that healthcare providers need to rule out in their differential diagnosis of carotidynia are:

There are no specific treatments for carotidynia. People usually recover completely without any long-term problems. The pain will usually begin to resolve within a week but can take up to 14 days in some people.

In some cases, oral steroid medications such as prednisone have been used when the underlying inflammation is persistent or extreme. These medications should not be taken for a long time due to the high risk of side effects.

When carotidynia occurs in people with migraines, standard migraine treatments can help.

Fortunately, carotidynia usually resolves on its own. There is no specific treatment, but symptoms can be managed with medication until they improve.

Carotidynia is a rare pain syndrome involving the carotid artery. Its cause isn't known. People with the condition have sudden pain on one side of the neck. The pain occurs over the carotid artery, but can also radiate to the face.

The diagnosis is made after ruling out other conditions. A physical exam, imaging tests, and blood tests can help a healthcare provider reach a diagnosis.

Carotidynia usually starts to improve within a week. There is no standard treatment for the syndrome, but symptoms can be managed with medications.

Carotidynia is not considered to be a serious medical condition, but this doesn't mean you should ignore the signs and symptoms.

Any sudden head or neck pain should be considered worrisome, particularly if the cause is unknown, the symptoms persist, or you have repeated episodes. Such pain is not considered normal under any of these circumstances, even if the symptoms are mild to manageable.

See a healthcare provider, even if it just ends up being for peace of mind. 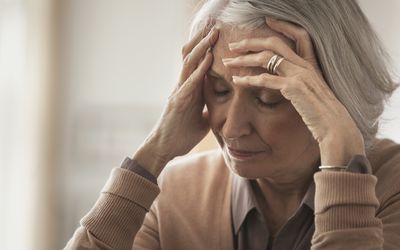 What Causes a Purple Finger? 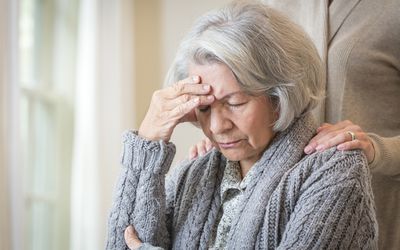