The symptoms of pancreatic cancer may include jaundice, pain in the upper abdomen that radiates into the back, the unexpected onset of diabetes, a hard lump in the upper abdomen, as well as non-specific symptoms such as nausea, weight loss, a loss of appetite, and sometimes depression. Unfortunately, the early symptoms are usually vague and nonspecific, with obvious symptoms—ones that may be more likely to prompt someone to seek professional evaluation—often lacking until the disease is in the advanced stages.﻿﻿

The American Gastroenterological Association recommends people with a first-degree family history of pancreatic cancer, as well as those with certain genetic diseases and mutations, be offered genetic testing and counseling as screening for the disease. This should take place when they are at least 50 or when they are 10 years younger than the age at which a family member experienced the onset of pancreatic cancer.﻿﻿

There are a number of symptoms associated with pancreatic cancer, though many of these are more often caused by less serious conditions. These warning signs can vary depending on whether the cancer is located in the head of the pancreas or the organ's body and tail.

Painless Jaundice (Plus Urine and Stool Changes and Itching)

Jaundice, a yellowing discoloration of the skin and the whites of the eyes, is a condition caused by the build-up of bilirubin in the skin and is present in around 30% of people at the time of diagnosis. Bilirubin can accumulate when a pancreatic tumor partially or completely blocks the common bile duct (a duct that carries bile from the liver into the small intestine) and is most common with cancers in the head of the pancreas. With pancreatic cancer, jaundice is usually painless, in contrast to many other causes of jaundice (such as hepatitis or gallstones) that are often associated with pain.

The buildup of bilirubin can also cause stools to become pale and clay-like, as well as a darkening of the urine (cola colored). Stools may also have a strong, odd smell.

Often mistaken for a skin condition, itchy skin (often severe) is also caused by the buildup of bile salts in the skin.

Abdominal and Back Pain

Pain in the mid to upper abdomen that radiates into the back is a common symptom of pancreatic cancer—present in around 70% of people at the time of diagnosis. It is most common with tumors in the tail of the pancreas. This pain often worsens three to four hours after eating or when lying down. In contrast, the pain often lessens when a person sits up and leans forward.

Diarrhea may occur due to poor absorption in the intestine related to lack of pancreatic enzymes that help digest food. Diarrhea is sometimes an early symptom of pancreatic cancer.

Stools may also have a foul smell, appear frothy or greasy, and float, sometimes making them difficult to flush.

Nausea and vomiting are not uncommon in people with pancreatic cancer, although they are frequently misdiagnosed in the early stages of the disease. Severe vomiting may be a sign of an obstruction in the lower part of the stomach (gastric outlet) or upper part of the small intestine (duodenum) caused by pressure from the tumor.

Sudden and unexplained weight loss is very often an indication that something is medically wrong. Unintentional weight loss, along with a decreased appetite, can be one of the first symptoms of pancreatic cancer.﻿﻿ Some people may also notice that they feel full quickly, even when eating a small meal.

The unexpected onset of type 2 diabetes (such as a diagnosis in someone who doesn't have risk factors, such as being overweight) in a person over the age of 45 can be a symptom of pancreatic cancer. It occurs when the pancreas is unable to produce sufficient insulin due to the presence of a tumor.

Blood clots and cancer can go hand in hand, and sometimes a blood clot is the first sign of the disease.﻿﻿ With pancreatic cancer, blood clots may occur in a number of places in the body over time (migratory thrombophlebitis).

Recurrent blood clots without an obvious cause deserve an evaluation.

Some people may notice a hard mass in the upper abdomen—that is actually the gallbladder.﻿﻿ The combination of a gallbladder that can be felt and jaundice (if gallstones or a gallbladder infection is not present) is known as Courvoisier's sign. This is a very strong indicator that pancreatic cancer may be present.

It certainly wouldn't be surprising to become depressed after learning you have pancreatic cancer, but we are learning that depression is sometimes the first symptom of an underlying cancer. Since depression often develops before the diagnosis, it's thought that the biochemical changes associated with the cancer are the primary cause, rather than a reaction to learning about the disease.

According to a 2017 review of studies, the onset of depression before a diagnosis of pancreatic cancer is much more common than with some other cancers.

Symptoms that are uncommon, but sometimes classic for pancreatic cancer, are usually found when the cancer is advanced. These may include:

Enlarged Lymph Node Above the Collarbone

An enlarged (swollen) lymph node that can be felt just above the collarbone on the left side (supraclavicular node) may occur. This is referred to medically as Virchow's node.

Mass in the Belly Button

A lump or mass that appears in the belly button (umbilicus) is not uncommon and is referred to as a Sister Mary Joseph nodule.﻿﻿

Paraneoplastic syndromes are clusters of symptoms that are related to hormones or other substances that are secreted by cancer cells. One of these syndromes that may be seen with pancreatic cancer includes a combination of tender skin nodules (due to inflammation of the fatty tissue under the skin), inflamed joints (arthritis), and an increased number of a type of white blood cells known as eosinophils.

Most pancreatic cancers occur in exocrine cells, which make pancreatic enzymes that aid in digestion. Those that occur in endocrine cells (cells that make hormones) often, but not always, secrete hormones that give rise to the symptoms. Most of these "neuroendocrine" tumors can lead to weight loss. Some of these may include:﻿﻿

Insulinomas secrete insulin which leads to low blood sugar (hypoglycemia). Symptoms are those of low blood sugar, such as lightheadedness, sweating, anxiety, and a rapid heart rate.

Glucagonomas secrete glucagon, a hormone that increases blood sugar. This can sometimes cause diabetes, with symptoms of increased thirst, frequent urination, and weight loss being common. They may also cause diarrhea and nutritional deficiencies resulting in mouth and tongue pain.

Somatostatinomas are tumors that secrete somatostatin, a hormone that in turn stimulates the release of other hormones. Symptoms may include diarrhea, abdominal pain, foul-smelling stools, symptoms of diabetes, and jaundice.

What You Should Know About the IPMN Tumor

Pancreatic cancer can lead to complications for several reasons, including pressure on nearby structures, a lack of substances produced by normal pancreatic cells, the metabolism of cancer itself, or the spread (metastases) from the tumor to other parts of the body.

Specific potential problems may include:

Pancreatic cancers most often occur in the cells (exocrine cells) that produce pancreatic enzymes. The pancreas ordinarily produces around eight cups of these enzymes daily, which neutralize stomach acid and aid in the breakdown of fats, proteins, and carbohydrates. When a tumor takes over these cells, the lack of enzymes can result in malabsorption, abdominal cramping, and malnutrition, even with a normal diet.

Obstruction of the common bile duct is a very common complication of pancreatic cancer and may be present at the time of diagnosis. Even when surgery is not possible, a stent can be placed via endoscopy, a procedure that involves inserting a tube into the mouth and threading it down and into the common bile duct.

As noted above, the sudden and unexpected onset of diabetes may herald the presence of pancreatic cancer.

Even if not present at the time of diagnosis, around 85% of people with the disease will develop insulin resistance or diabetes at some point.

Cancer cachexia, also known as cancer-related anorexia-cachexia syndrome (CACS), is a syndrome that involves weight loss, muscle wasting, and loss of appetite, although it likely begins even before any weight loss occurs. It's thought to be present in up to 80% of people with pancreatic cancer at the time of diagnosis.

Cachexia may be the direct cause of death in 20% of people with cancer. In addition to "normal" cachexia, however, lack of pancreatic enzymes can lead to malnutrition and further weight loss, making this a critical issue to address for anyone diagnosed with pancreatic cancer.

As noted, blood clots (deep vein thrombosis) that sometimes break off and travel to the lungs (pulmonary emboli) are not just a complication of pancreatic cancer—they can be the first symptom of it. They are also extremely common at any point with the disease. People with pancreatic cancer are also more likely to develop bleeding on blood thinners than people with other types of cancer, so treatment needs to be carefully monitored.

Pain related to pancreatic cancer can be very severe, but there are a number of different options for controlling cancer pain. Oftentimes, a number of different modalities are combined, such as pain medications, radiation therapy to the abdomen, and a "celiac block," a procedure that blocks the nerves to the abdomen that transmit pain signals to the brain. With the current opioid crisis, it's recommended that people with pancreatic cancer consider a consultation with a pain or palliative care specialist to ensure they receive safe, adequate, and timely pain medication when needed.

If you notice any of the symptoms above, see your healthcare provider right away. Many of the symptoms of early pancreatic cancer have other possible causes, but several of them are very important to diagnose as well. Symptoms are our body's way of telling us that something isn't right. It's important to have an explanation, and if you don't, ask again. If you aren't getting answers, consider getting a second opinion.

Some people have hesitated to see a healthcare provider with possible pancreatic cancer symptoms due to the reputation of the disease. It's true that, when found, many of these cancers are too far advanced to be removed with surgery, but there are still treatment options available. In addition, diagnosing these cancers as early as possible allows people and their practitioner to prevent some of the complications of the disease, and in doing so, improve quality of life even when a cancer is present.

Causes and Risk Factors of Pancreatic Cancer
8 Sources
Verywell Health uses only high-quality sources, including peer-reviewed studies, to support the facts within our articles. Read our editorial process to learn more about how we fact-check and keep our content accurate, reliable, and trustworthy.
Additional Reading 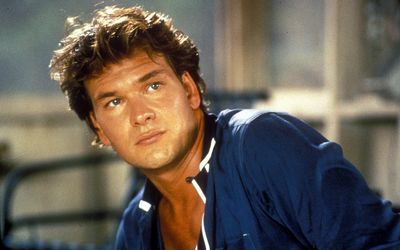 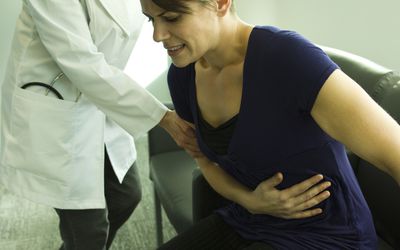