Paranoia is a feature of some mental disorders such as bipolar disorder and schizophrenia. In these cases, paranoia can be extremely distressing and even disabling and dangerous. However, it may also be related to socioeconomic factors, physical factors, and cultural beliefs.

People understand the world in part by making attributions through judging and assuming the causes of behaviors and events. In people with paranoia, these attributions are influenced by cognitive bias, which are known as attribution bias. This means they make systematic errors in evaluating reasons for their own and others’ behaviors.

The term “paranoia” is often associated with being silly or dramatic, but there are actually two essential elements that define paranoia: a belief that harm will occur, paired with the attribution bias that others intend to do harm.

Moreover, paranoia may be characterized by intense and irrational persistent feelings of fear, anger, and unfounded betrayal, which manifest in symptoms and behaviors such as:

Phobias are also characterized by irrational and exaggerated fears, but are different from paranoia because they are not attached to the belief that one is being conspired against, cheated, spied on, followed, poisoned, or in other ways maligned, harassed, or obstructed.

Symptoms of paranoia can vary based on underlying beliefs. Scientists have grouped these beliefs into common subtypes or themes.

Some common paranoia subtypes include the following:

While the exact causes of paranoia are unknown, environmental triggers can include exposure to trauma, insomnia, social isolation, and medication changes. It is often associated with the effects of substance use and mental disorder. There can be genetic contributions, particularly when it occurs as part of a mental disorder.

People with certain mental (psychiatric) disorders can have symptoms of paranoia as a central aspect of their presentation.

These mental disorders include:

The psychology of surveillance is another risk factor of cultural paranoia. It refers to the common belief that people’s personal information is being used for malevolent purposes.

Paranoia can also be the result of physical conditions that affect one’s cognitive abilities or result in cognitive decline.

The physical causes of paranoia include:

The Diagnosis of Dementia

If a mental disorder is the suspected cause of paranoia, the clinician will typically take a medical history and perform a physical exam. DSM-5 criteria will be used to determine which mental disorder a person has.

The DSM-5 criteria for mental disorders of which paranoia is a central part include:

If you or a loved one is struggling with paranoia or substance abuse, contact the Substance Abuse and Mental Health Services Administration (SAMHSA) National Helpline at 1-800-662-4357 for information on support and treatment facilities in your area.

While we all experience paranoid thoughts and feelings from time to time, paranoia can sometimes be a sign of an underlying condition. It’s therefore important to know when to seek help.

If your paranoia is becoming a problem, causing increased distress, arguments, and irritability, or you notice yourself becoming highly suspicious and distrusting of others, talk to your healthcare provider about what may be causing your paranoia. The earlier you seek help, the sooner you can begin treating the cause of your paranoia and the better your quality of life will be. 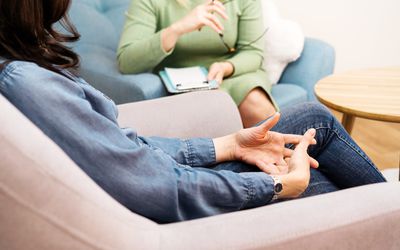 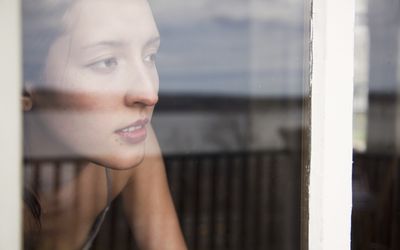 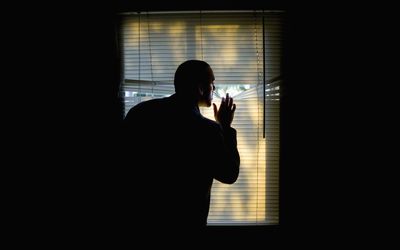