Tim Petrie, DPT, OCS, is a board-certified orthopedic specialist who has practiced as a physical therapist for more than a decade.

Paresis is a condition where the muscles in an area of the body become weaker and difficult to move voluntarily. This issue, which can obviously have an enormous impact on your daily function, is actually a symptom of an underlying disorder. In fact, a wide variety of diseases and injuries can lead to motor function deficits in your body.

For a comprehensive review of paresis and its various causes, take a look at the sections below.

Before going in-depth on paresis, it is important to differentiate it from another condition called paralysis. While these two issues can cause similar symptoms, there are important differences between them.

There are several different types of paresis. These varieties are typically named for the number of regions that are impacted by weakness.

The most commonly seen versions of the condition are:

As mentioned previously, there are many different conditions that can lead to paresis. In most cases, however, the underlying issue occurs in a separate location from the weak area (or areas) of the body.

Causes of paresis can include:

In the case of more localized paresis, several other issues may be to blame, including:

Finally, several other neurological or bacterial issues are potential causes, some rarer than others.

Conditions that can lead to paresis include:

Additionally, an untreated syphilis infection that lingers over many years can also eventually affect the brain (called neurosyphilis) and cause something called general paresis. In spite of its name, this variety of the condition exclusively causes mental and cognitive impairments.

Most of the issues that lead to paresis occur in the brain or spinal region. Because of this, a wide variety of other symptoms can occur along with the loss of motor function.

In the case of a spinal cord injury, paresis can be accompanied by:

After a stroke, symptoms can include:

In people with cerebral palsy, issues can include the:

Along with this, cognitive or intellectual impairments, vision or hearing problems, seizures, and chronic pain may also be present.

Individuals with multiple sclerosis tend to experience symptoms that can flare up at times and then go into periods of remission. During a relapse, the paresis may be accompanied by:

Finally, more localized forms of paresis can often have other symptoms in the affected area. For example, Bell’s palsy can cause:

Along the same lines, vocal cord paresis can cause a soft, hoarse, or whispery-sounding voice along with pain or breathlessness while speaking.

Because each case of paresis is unique, it is important to stay in communication with a healthcare provider about your symptoms.

Because of the many potential causes of paresis, diagnosing the underlying issue can be quite tricky.

A thorough evaluation by a neurologist is a crucial step in this process. Typically, your healthcare provider will take you through a comprehensive examination focusing on your:

Imaging, like an X-ray, MRI, or CT scan, may also be needed to look for any physical damage in the brain, spine, or blood vessels. In addition, blood draws may be needed to assess certain lab values that can be indicative of a potential paresis-causing condition.

Once the cause of your paresis has been properly diagnosed, your healthcare provider can outline the treatment options at your disposal.

Unfortunately, many types of paresis have no cure. The weakness caused by cerebral palsy, more severe strokes, or a spinal cord injury is usually permanent. As a result, therapy and assistive devices are typically needed to maximize an individual’s independence and make daily tasks more manageable.

This same treatment strategy is also utilized for more progressive conditions, like multiple sclerosis or ALS. The progression of the paresis from these debilitating issues may also be slowed with the help of certain medications.

Paresis—a condition where the muscles in an area of the body become weaker and difficult to move voluntarily—is generally a symptom of an underlying disorder. Uncovering the root of paresis will ultimately bring you to a treatment plan.

Coping with any type of paresis can be a scary and intimidating experience. Because of this, it is crucial to develop a solid support network. This process starts with a group of skilled healthcare providers, therapists, and other medical professionals that you trust to skillfully address your condition.

In addition, many hospitals or community centers have support groups that have been established to connect individuals who are coping with the many paresis-causing diagnoses. Online communities are also prevalent and make it easier to share your experiences with others who are going through similar journeys. Finding a support network can remind you that you are not alone and keep you from losing hope! 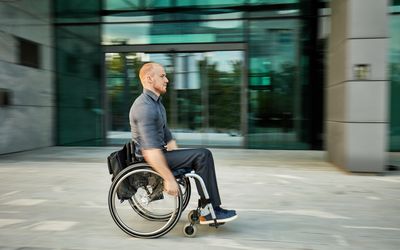 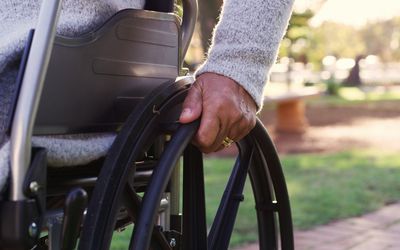