This type is characterized by language and spacial impairment

A parietal lobe stroke is a type of stroke that occurs in one of the four lobes that make up the cerebral cortex (the wrinkly exterior portion of the brain just beneath the skull). The parietal lobe is the part of the brain that gives you spatial awareness, telling you where you are in space. It also helps you process language so you can speak and write.

When brain damage occurs due to a parietal stroke, it can impair these functions and lead to a lack of spatial awareness and a loss of the perception of body's position in space, among other things.﻿﻿

As with all strokes, a parietal lobe stroke can be diagnosed with imaging studies, a neurological exam, and other tests. Treatment approaches and rehabilitation can vary based on the severity of the stroke and the timing of medical attention.

The parietal lobe is comprised of two lobes that are roughly the size of a fist. The left hemisphere is typically the dominant side and serves as the center of language for most people. The right hemisphere tends to be non-dominant and is responsible for things like cognition and spatial processing.﻿﻿

The symptoms of a parietal lobe stroke can vary by the degree, duration, and location of the blood obstruction, as well as the extent of the brain damage.

For most people, damage to the left hemisphere of the parietal lobe can cause aphasia (the loss of ability to understand or express speech) or alexia (the inability to read despite recognizing letters).﻿﻿﻿

If damage extends to the temporal lobe of the cerebral cortex (located at the side of the brain), there may also be problems understanding language. Damage extending to the frontal lobe may interfere with speech planning, making it difficult to string together syllables or use complex words.

Damage to the right hemisphere of the parietal lobe may result in the loss of spatial awareness on the opposite side of the body (a.k.a. spacial neglect).

If this occurs, a person may not have a sense of what’s happening on the left side of a space. Known as hemiagnosia, this can cause a person, for example, to shave or apply makeup to only the right side of the face and behave like the other side doesn't actually exist.﻿﻿

Hemiagnosia may be accompanied by anosognosia, the complete unawareness that anything is physically wrong. In some cases, a person may look at a left arm or leg and not even realize it is theirs.

Spatial neglect may affect up to 82% of people following a right hemisphere stroke in the early acute stages.﻿﻿

Partial vision loss may also occur after a parietal lobe stroke, making it difficult to see and recognize objects. A parietal lobe stroke is most likely to result in inferior quadrantanopia characterized by the loss of the left or right lower fields of vision of both eyes.﻿﻿

The ability to know where your body in space is called proprioception. After a parietal lobe stroke, a person's proprioception may not function properly.﻿﻿ When trying to walk, for example, they may have no idea where their left leg is in relationship to the ground.

This can lead to what's called difficulty grading movement, meaning a misjudgment in how much to flex or extend muscles during a movement. This can cause spilling or slamming as you lose the ability to judge how heavy or light an object is, or how far you need to reach in order to grab it.

People with proprioception dysfunction tend to stomp their feet when walking and bump and crash into obstacles as they become less able to judge their movements in space.

The parietal lobe interacts with the frontal lobe, the part of the brain responsible for executive function—the ability to think abstractly and make decisions based on analysis and learned behaviors.

With a parietal lobe stroke, the sensory input from the parietal lobe to the frontal lobe may be impaired, causing apraxia (the inability to perform movements on command). This can manifest with a loss of coordination or hesitancy of movement.﻿﻿

A parietal lobe stroke in the dominant hemisphere, usually the left, can result in Gerstmann syndrome, a neuropsychiatric disorder characterized by four major symptoms:

These characteristic symptoms may also be accompanied by aphasia, particularly in adults.

Gerstmann syndrome is a condition associated solely with the parietal lobe. In addition to stroke, Gerstmann syndrome may be caused by a brain tumor, multiple sclerosis, or an aneurysm of the middle cerebral artery.

Personality Changes Caused by a Stroke

Stroke is caused by an interruption of the blood supply to a part of the brain. It may be due to the rupture of a blood vessel (hemorrhagic stroke) or a blocked artery (ischemic stroke). The sudden lack of blood deprives the brain of oxygen and vital nutrients, causing tissues to die within minutes.

The risk factors for a parietal lobe stroke are no different than those for other types of stroke. They include:﻿﻿

Things can move quickly when a stroke is suspected. In some cases, the symptoms will be overt, and you may be rushed to emergency for imaging tests and other urgent evaluations. In other cases, the symptoms may be less characteristic and require a combination of tests to determine the cause.

If a stroke is suspected, the doctor will typically perform an in-office test known as a neurological exam. The test evaluates your motor, cognitive, and visual responses to various stimuli to see if there are any abnormalities suggestive of a stroke. The neurological exam is painless and can be performed with simple tools, including a penlight and reflex hammer.﻿﻿

Diagnostic signs suggestive of a parietal lobe stroke include:

Other tests will be ordered to confirm the diagnosis and characterize the type of stroke involved. These may include:﻿﻿

Catching a stroke early is the most effective form of treatment. The first course of action in an emergency is to restore blood flow to the brain and/or limit any damage caused by the sudden lack of oxygenated blood.

Depending on the type of stroke involved, a blood thinner called tissue plasminogen activator (TPA) may be given to improve blood flow to the brain. Another blood thinner called heparin may be used in cases of ischemic stroke if a brain hemorrhage has been definitely ruled out.﻿﻿

Blood pressure, blood glucose, fluids, and electrolytes will also be managed to give the brain the best chance for recovery.

If an ischemic stroke in the cerebral cortex (known as a cortical stroke) is accompanied by severe edema (swelling of the brain), a surgery known as craniotomy may be performed to relieve the pressure and reduce the risk of brain damage. It involves the temporary removal of a portion of the skull until the swelling in the brain subsides.﻿﻿

If there is a severe hemorrhagic stroke, a hematoma evacuation may be performed to surgically extract the pooling of blood in the brain (parietal hematoma).

In the aftermath of a stroke, most people will undergo physical therapy and occupational therapy to help restore function and learn adaptive strategies to perform everyday tasks.

Given that impaired speech and language are common consequences of a parietal lobe stroke, intensive, ongoing speech therapy may be advised.

Studies suggest that at least 90 hours of speech therapy may be needed to overcome aphasia and other speech pathologies; anything less than 44 hours may not be beneficial.﻿﻿

Home Physical Therapy After a Stroke

Anger, sadness, anxiety, and depression are all common responses to a stroke. With a parietal lobe stroke, these emotions can be amplified given the disorienting nature of the symptoms. The impairment of communication compounded by the loss of spatial orientation can make it difficult to interact with others or cope with the rigors of daily life.

As part of the rehabilitation efforts, a mental health professional may be sought to address the psychological and psychiatric concerns alongside the physical ones.

Treatment may involve one-on-one or group counseling to better deal with grief, anger, and self-esteem issues, as well as any changes in personality or behavior. Support groups and family counseling can also be extremely beneficial.

Fatigue, a common and distressing facet of stroke recovery, tends to improve with a combination of psychotherapy and graded exercise (in which exercise intensity and duration are gradually increased).

Antidepressants or central nervous system stimulants like Vyvanse (lisdexamfetamine) or Adderall (amphetamine and dextroamphetamine) may also be used to boost mood and energy levels.

It can be challenging to care for someone who has had a parietal lobe stroke. Sensory loss can cause injuries if a loved one is suddenly unable to coordinate movements or judge distances when reaching or walking. Moreover, people with spatial neglect, hemiagnosia, or asomatognosia are often less aware of their surroundings and unable to fully participate in their rehabilitation and physical therapy.

To get through this difficult time, it is important to seek as much support as possible from healthcare professionals, family, and caregiver support groups. 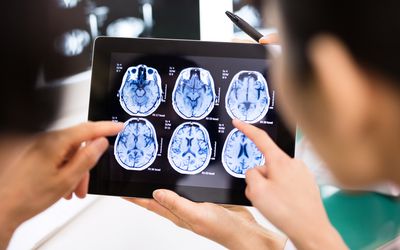 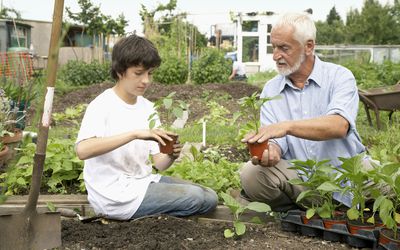